Willie Mullins' brilliant eight-year-old became the first since Kauto Star to win it twice and the first since Best Mate to go back-to-back – and my goodness did he show some heart. 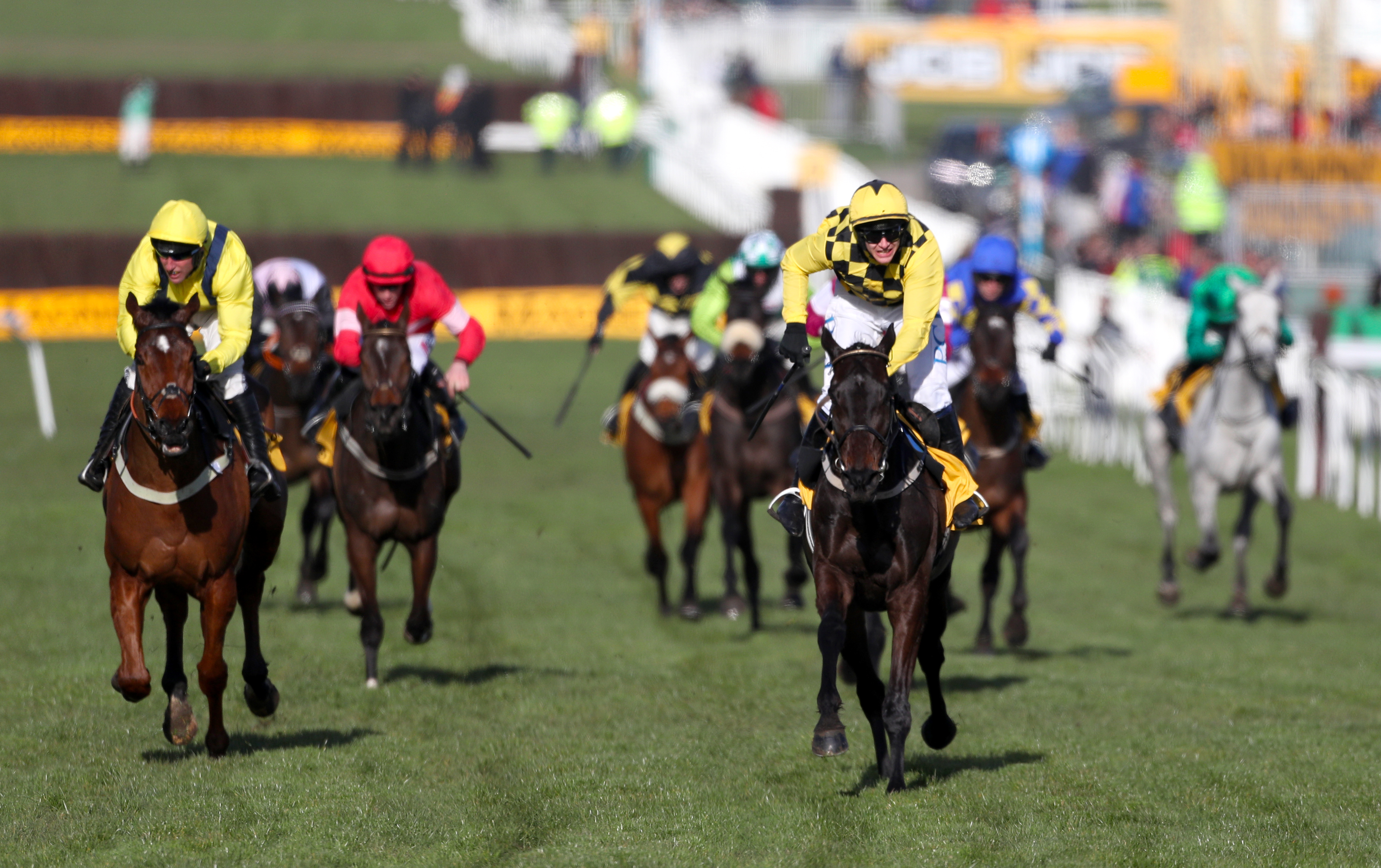 It was a race you couldn't take your eyes off from the moment the flag fell.

The early gallop was anything but frenetic, as Bristol De Mai and Elegant Escape towed them along at a stately pace.

Irish Gold Cup hero Delta Work gave himself a mountain to climb when making the first of several mistakes at fence two.

But the race went like clockwork for Paul Townend on the reigning champ, who had a clear sight at his fences and was always travelling with ease on the drying spring ground.

One fiddly mistake aside, he jumped superbly and circled the field on the approach to three out.

It was here that Robbie Power moved to keep tabs on the 100-30 favourite aboard Lostintranslation, who was showing all his old zest following an awful run in the King George.

Santini was in their pitching on the home turn, as was rank outsider Real Steel who made a rapid move before running out of puff over the second last.

But Al Boum Photo never cries enough and kept finding up the hill. Lostintranslation cracked on the run-in and the last challenge came from thorough stayer Santini.

He lunged in a desperate attempt to snatch the crown in the shadows of the post –  but he missed by a neck.

An ecstatic Mullins said: "It's fantastic, an absolutely unbelievable day. That man there on the screen, Paul Townend – people said he was under pressure.

"Paul does his own thing, he probably rides better under a little bit of pressure – really really good from him.

"It's not easy to take over from someone like Ruby Walsh, but Paul's gone and stamped his authority this season in Ireland riding for our yard, so I'm really delighted for him.

"I left him alone, I asked what he was going to do. I think the horse wanted a bit more of the action as it unfolded, he didn't disappoint the horse. He let the horse do it and that's a rider riding with huge confidence.

"It worked out, so I'm really happy and delighted for Paul."

On having the same preparation as last year, he said: "We just decided to follow what happened last year, why change it if it works? Thankfully it paid off.

"I think it was only history against him today. I didn't think the race was as tough as last year, Paul was brave on him and the whole thing came together. It's Paul's day today."

Tags: Al, becomes, Boum, firs, photo, the
You may also like
Celebrities News