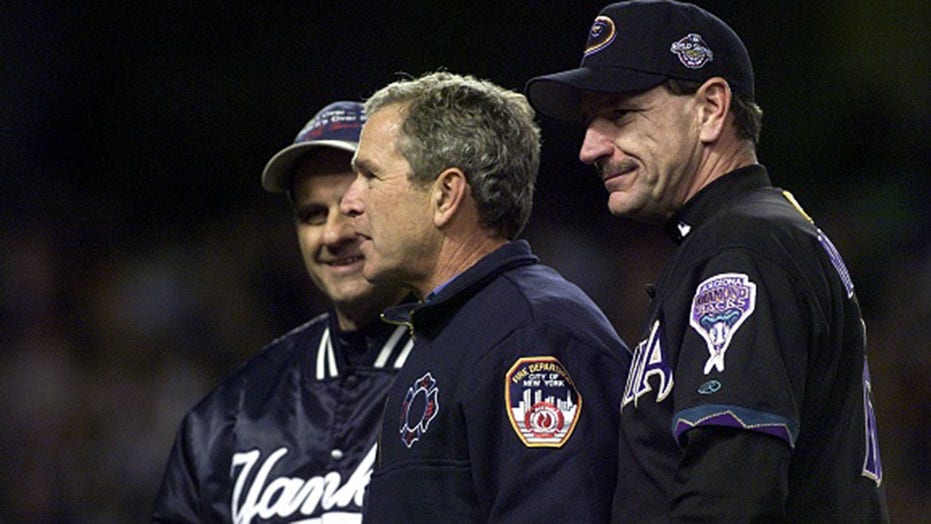 It was a late October night at a packed Yankee Stadium in 2001 as President George W. Bush was preparing to throw the first pitch before Game 3 of the World Series just weeks after the terrorist attacks of 9/11.

Not sure how the country would react at the time, the president’s ceremonial pitch is still considered one of the brightest moments in one of the nation’s darkest times nearly 20 years later.

Bush had been encouraged to throw the first pitch at Game 1 of the World Series in Arizona for security purposes but he declined, instead waiting for Game 3 in the Bronx on Oct. 30.

Dressed in an FDNY sweater covering a bulletproof vest, a somber Bush walked out from the Yankees dugout and waved to the crowd as he took the mound. The electric crowd cheered as the president threw a strike right over home plate. 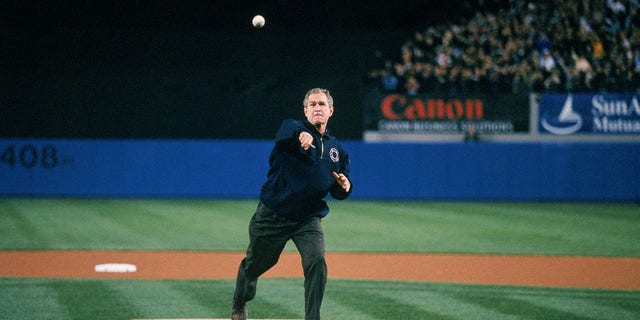 President George W. Bush throws out the ceremonial first pitch before Game Three of  the 2001 World Series between the Arizona Diamondbacks and the New York Yankees at Yankee Stadium on October 30, 2001 in Bronx, New York.  The Yankees defeated the Diamondbacks 2-1.  (Photo by Rich Pilling/MLB via Getty Images)
( Rich Pilling/MLB via Getty Images)

“I had never had such an adrenaline rush as when I finally made it to the mound. I was saying to the crowd, ‘I’m with you, the country’s with you’ … And I wound up and fired the pitch,” Bush told MLB.com.

“I’ve been to conventions and rallies and speeches: I’ve never felt anything so powerful and emotions so strong, and the collective will of the crowd so evident.” 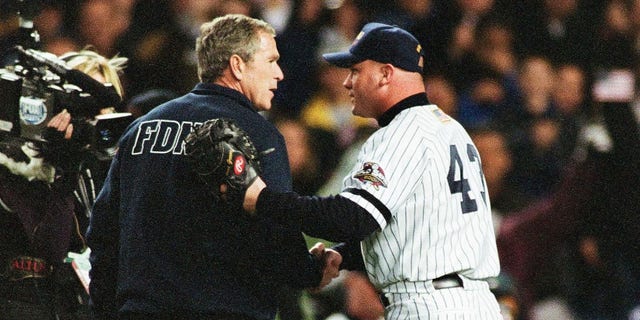 The Yankees would win that night to come back 2-1, but the Diamondbacks would eventually capture the World Series in Game 7. Regardless of the outcome, Bush’s iconic pitch still stands as one of the most unifying moments in sports history.

Tags: 9/11, after, Bush, George, w, was
You may also like
Celebrities News