The Australian Broadcasting Corporation has confessed to underpaying more staff after a review of almost 2000 current and former workers found some had not been paid correctly for their skill level while others were not paid enough for loadings and allowances.

It follows a separate admission from the broadcaster last year that it had underpaid about 1900 staff $12 million, which came to light after casual staff complained they had not been paid correctly, along with a then-record $600,000 apology payment to the wages regulator. 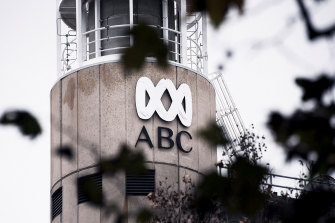 The ABC has apologised for the underpayments.Credit:Christopher Pearce

In a statement on Thursday, the ABC apologised for the error and said it would not happen again but did not disclose how many staff members had been underpaid or the total size of the wage issue.

“The ABC will start paying what is owed after a period of consultation with affected individuals,” the statement reads. “We are sorry to all those impacted by this error, which falls short of the standards expected of the ABC.”

A host of Australia’s largest businesses, from Qantas to Woolworths, have admitted underpaying staff in recent years. The ABC announced in January that accountants would check whether 1700 staff on buyouts, which gives staff often a higher base rate instead of dedicated overtime or allowances, were paid correctly. It also said it would check if 250 staff on the lowest pay bracket, which is only appropriate for workers with no experience in the field, were getting the right wages.

The ABC is now reducing its use of that pay rate and deploying a new rostering and shift tracking system to ensure it complies with the law.

One former ABC journalist told The Sydney Morning Herald and The Age he had received a letter showing he had been underpaid more than $700. “We regret the impact it has had on our employees and are committed to ensuring that this error does not occur again,” the accompanying email said.

It asked the former employee to raise any concerns with the ABC’s calculations by October 29.

Sinddy Ealy, the ABC section secretary of the Community and Public Sector Union, said she was extremely disappointed the underpayment had occurred.

“The evidence clearly shows that ABC underpayment isn’t just a compliance problem, it’s reflective of a serious cultural problem inside the organisation, especially in the News and TV areas where we know most of the underpayments are occurring,” Ms Ealy said.

She said the ABC put constant pressure on its staff to do more with less and had failed to reign in bad managers. “The ABC’s funding pressures do not mitigate the ABC leadership of their obligation to comply with the law,” Ms Ealy said.

The ABC is consulting with the Fair Work Ombudsman, the CPSU and the Media Entertainment and Arts Alliance as it works through repaying staff.

Tags: ABC, discloses, More, staff, under
You may also like
Celebrities News