The ABC has altered the wording of an online article that detailed Australia Day and Invasion Day events after Communications Minister Paul Fletcher lashed the public broadcaster for suggesting the two names were interchangeable. 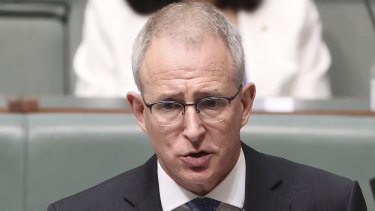 The article immediately drew public criticism, including from NSW Police Minister David Elliott, and on Monday morning Mr Fletcher issued a statement urging the ABC to correct the story.

The article contained details about Australia Day celebratory events being held across the country as well as Invasion Day rallies, which are also held on January 26 to commemorate the experience of colonisation from the perspective of Indigenous Australians.

The ABC published an amended version of the story on Monday afternoon with a new headline saying: “Australia Day is a contentious day for many. Here are the events being held on January 26.”

It also removed a line from the article that read: “January 26 marks Australia Day or Invasion Day, typically seen as a celebration of the nation or a day of sorrow for the colonisation of an ancient culture.”

Key details about the Invasion Day rally to be held in Sydney on Tuesday, including the starting point of the march, were also removed from the revised article, while fresh comments from Mr Elliott warning attendees they faced fines for breaching COVID-19 restrictions had been added.

An editor’s note was also published at the bottom of the article, which directed readers to an updated statement from the public broadcaster in response to the controversy.

“In light of some mis-reporting on this issue, to be abundantly clear: The ABC’s policy is to use the term Australia Day, as it always has. As the editorial advice states, other terms can be used when they are appropriate in certain contexts. This does not mean they are used interchangeably,” the statement said.

Mr Fletcher decided to weigh into the issue after initially declining to do so on Sunday, citing the editorial independence of the ABC.

“The ABC has clearly got this one wrong,” Mr Fletcher said a statement on Monday.

“The name of our national day is well understood and supported, and for the ABC to suggest otherwise – that in some way Invasion Day is interchangeable with Australia Day – is clearly wrong.”

Mr Fletcher said the name of Australia Day was contained in legislation and was in common usage by the “overwhelming majority of Australians”.

“While the ABC has editorial independence, and I do not control what it says, I call on the ABC to correct this inaccurate article,” Mr Fletcher said.

“Anyone who attends tomorrow will be exposed to fines and imprisonment,” Mr Elliott said on 2GB radio.

He said he would make a formal complaint about the article and also criticised the article’s terminology.

“For the ABC to take it upon themselves to change the name to ‘Invasion Day’ just goes to show how out of touch they are with Australians,” Mr Elliott told 2GB radio.

Tags: ABC, after, alters, article, Commu
You may also like
Celebrities News