New York police officers violently arrested a 20-year-old man who had just smoked marijuana in a park on Wednesday in an incident that was caught on video and subsequently went viral.

The video, recorded by a passerby and posted on Twitter, shows a young black man being held by a plainclothes police officer in Canarsie, Brooklyn. The man, Fitzroy Gayle, repeatedly asks the officer “What crime did I commit?” “What did I do?” but he doesn’t answer.

Seven more police officers then approach Gayle and tackle him onto the ground as he cries out and screams “Help me!” and “Officer, please!” One of the officers appears to step on his ankle.

Gayle told BuzzFeed News he didn’t know why he was being arrested when the police descended on him.

“It’s not like I was fighting with the officers. I was just trying to find out why [they were arresting me],” he said. “I was panicking a little because I had never been in this type of situation before. They probably took that as me being aggressive.”

Warning: the video contains violence and may be difficult some people to watch.

In a news conference Thursday, NYPD Commissioner Dermot Shea told reporters that police were patrolling the area after receiving an alert about shots being fired in the vicinity.

The officers spotted two young men smoking weed, who Shea said ran in different directions as they were approached.

Though there is “nothing to indicate” that the two young men were in any way connected to the shots reported, he said police “didn’t know that as they were arriving at the scene.”

“When you have two people take off running — I’ve been in that situation myself. You don’t know what you have,” Shea said.

But Gayle said he wasn’t running at all.

“I came out of the park, I calmly walked across the street,” he said. “[The officer] was jogging towards me while I was walking and I’m not stupid enough to run from the cops because it gives them a green light to shoot at me.” 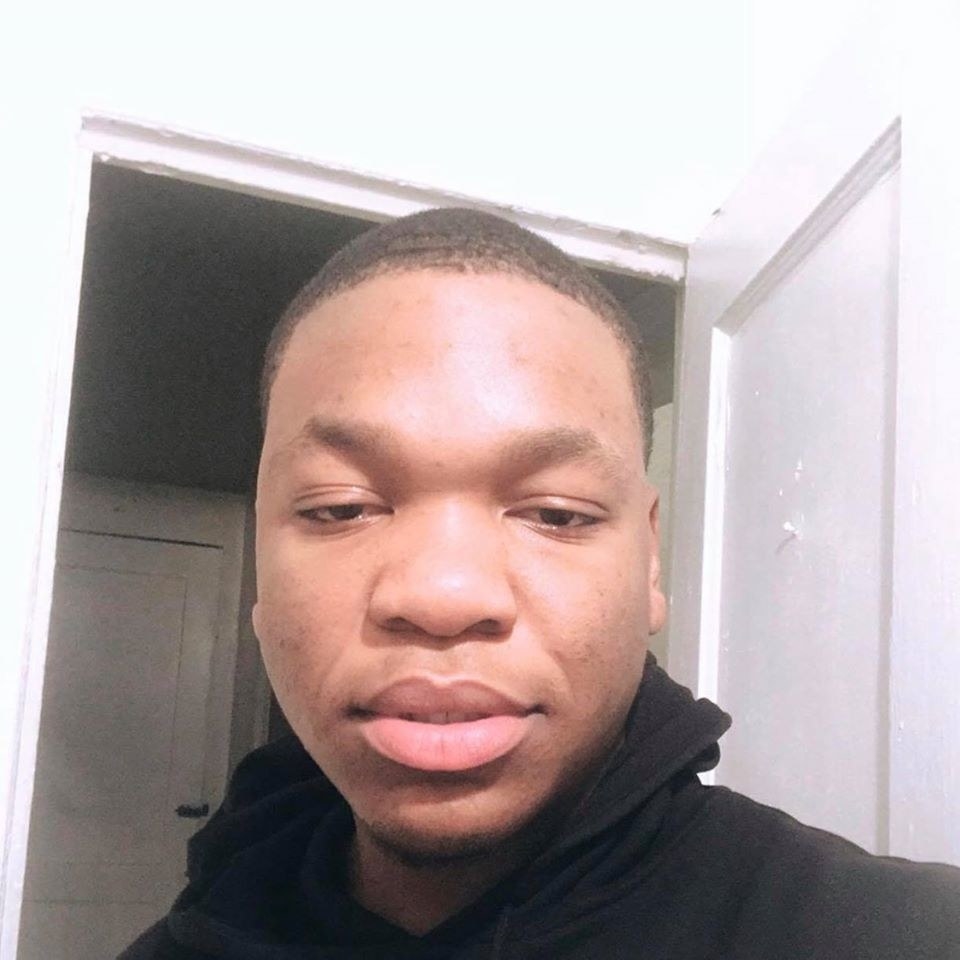 Gayle has been charged with marijuana possession, resisting arrest, and obstructing governmental administration. But he said he did not have any weed on him when he was arrested.

“I didn’t have anything on me,” he said.

Gayle’s family found out about his arrest through social media, family, and friends, his brother Nicholas Gayle told BuzzFeed News.

“It’s completely unlawful. There’s no professionalism there, no courtesy,” Nicholas said of the arrest, referring to the NYPD’s motto, Courtesy, Professionalism, Respect. “It’s not right. No citizen should be treated like that at all.”

Nicholas said his brother is “doing OK,” but has bumps and bruises on his body.

The other young man who ran away was issued a summons, Moroney said.

New York partially decriminalized marijuana last year, and in most cases, police are required to issue summonses instead of arresting someone who is carrying more than 2 ounces of pot.

Studies have shown that black and brown New Yorkers are disproportionately targeted for marijuana possession, and many who saw the video online said Gayle’s arrest is the latest example of excessive racial policing despite the decriminalization law.

Moroney said the incident is “under internal review.” The NYPD did not respond to further questions regarding the arrest.

Shea suggested to reporters that Gayle should not have run or resisted physically, despite the video showing police escalating the situation within seconds.

“I would [have] liked to see approach, discussion, and no running, no physical resistance at all, no arrest needed. Problem is, you can’t go back in time and this is what we have now,” he said. “This speaks to the heart of what i’ve been talking about for a lot — many weeks, probably months now, in terms of juveniles.”

Gayle said he has seen incidents of police brutality in the past, but he didn’t think it was going to happen to him.

“I never did anything stupid, I already know how everything works. I’m not going to go get myself in trouble,” he said. “It’s crazy, like, I wasn’t really surprised. I just thought it wasn‘t going to happen to me.”

Tags: A, of, Officers, Police, Swarm, Vio
You may also like
Celebrities News