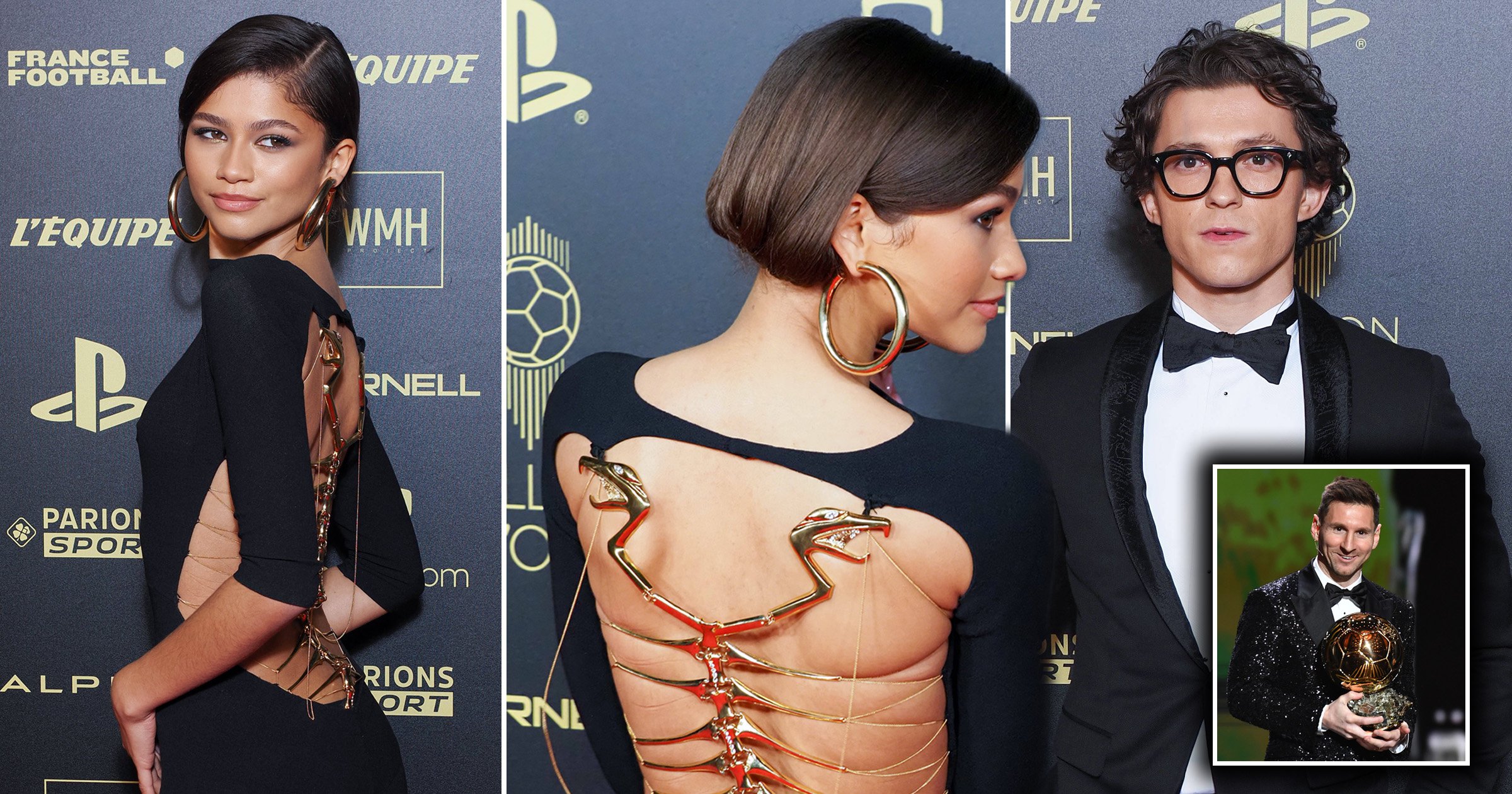 Just when we think Zendaya has done the absolute most, she outdoes herself yet again with an outfit so iconic it sends Twitter into meltdown.

All eyes were on the Euphoria actor’s mesmerising Roberto Cavalli silk dress and its elaborate back detail.

As she posed on the Théâtre du Châtelet red carpet in her floor-length gown, the unique gold spine detail was on full display.

Zendaya – who is styled by Law Roach – accessorised with Christian Louboutin pumps and statement gold earrings, and swept her hair back to show off the frock in all its glory.

One fan also pointed out that her dress could be a nod to Doctor Octopus from Spider-Man, comparing the two side-by-side and writing: ‘Zendaya as Dr. Octopus but make it fashion.’

The Greatest Showman star reposted the edit to her Instagram story with: ‘We love a reference.’

Zendaya appeared at the bash with her beau Tom, with whom she confirmed her relationship earlier this year.

He sported black rimmed specs and his famous unruly curls.

Tom’s younger brothers – Sam and Harry, both 22 – also put in an appearance, and the lookalike trio were all smiles as they posed with their arms around each other.

However, in July 2021 they were photographed kissing in a car.

Tom posted an adorable birthday Instagram for Zendaya in September, and he’s been gushing over her online ever since.

In a candid interview with GQ on whether he will speak more about their relationship, Tom said: ‘This isn’t my story. It’s our story. And we’ll talk about what it is when we’re ready to talk about it together.’

Also present at the Ballon d’Or – which is presented by France Football and recognises the best footballers around the world – was Lionel Messi, who won the trophy for a record seventh time.

Also on the red carpet was his wife Antonela Roccuzzo, 33, whom he’s known since he was five and wowed in a metallic dress.