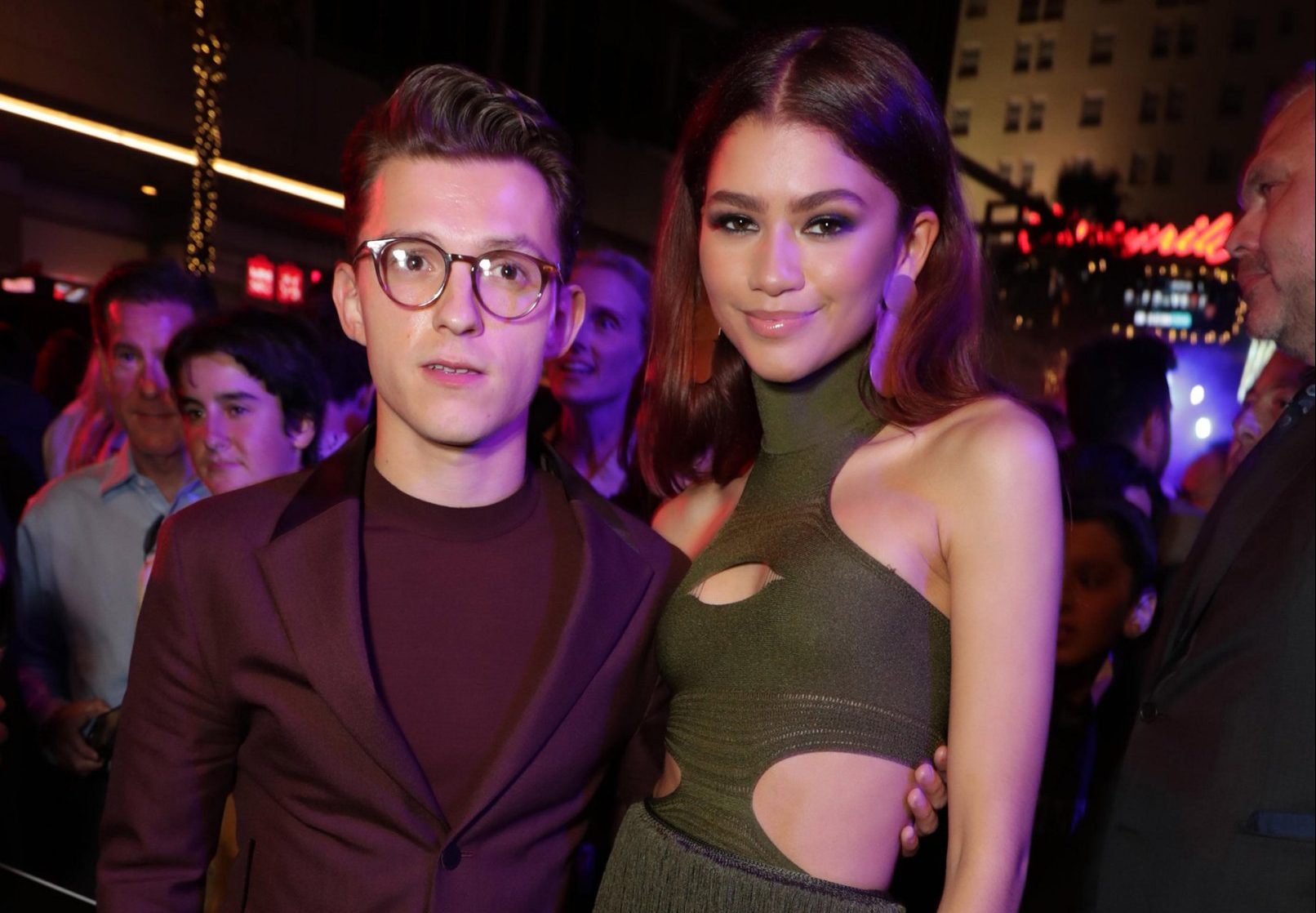 Tomdaya fans rejoice as Tom Holland and Zendaya finally appeared to confirm they are well and truly dating, after they were spotted kissing in LA.

Romance rumours have constantly swirled around the couple ever since they were announced to star in Spider-Man: Homecoming together, all the way back in 2016.

While they have continually denied they are anything but best ‘mates’, pictures of them having a passionate kiss obtained by Page Six told a totally different story…

Here’s a full timeline of of their friendship web:

Soon after it was confirmed that Zendaya and Tom would be starring alongside each other in Spider-Man: Homecoming, they made their debut on each other’s social media pages – with fans’ Spidey senses tingling after a snap of them in the pool was shared on the ‘gram.

They did precisely nothing to dispel those rumours, appearing together at Comic-Con weeks later and joking around on the red carpet.

They landed their first paired magazine cover in November, taking part in a stunning photoshoot for The Hollywood Reporter to celebrate the Next Gen list.

Zendaya blessed us with a photo of the cover on her Instagram page, stating that it was an ‘honour’ to share the space with Spider-Man himself.

Tomdaya hit the promotional trail hard for Spider-Man: Homecoming, appearing on countless red carpets and parties together throughout the summer. It was then that they were first rumoured to be coupled up.

In fact, a source told E! News that they were dating, but keeping the whole thing private, adding: ‘They got to know each other while on set. They became friends and started getting romantic a few months ago.

‘They both are such great people. It’s cool they got together. Everyone gets along with them.’

Having none of it, the Euphoria actress made light of the whole thing, as well as claims that they had been on secret romantic holidays together.

Taking to Twitter to pour ice cold water on any hint of a relationship, she penned: ‘Wait wait…my favourite is when it says we go on vacations together HA!

Zendaya once again addressed dating rumours in a chat with Variety, telling the publication: ‘He’s a great dude.

‘He’s literally one of my best friends. This past how many months we’ve had to do press tours together. There’s very few people that will understand what that’s like at 20 years old.’

While they had denied a romance for the past months, rumours sparked up again in December, when Tom was seen spending time with Zendaya and her parents in New York, with onlookers at the time claiming he ‘charmed her parents’.

Well, we’re not surprised on that one.

Tom had the world talking when he took a moment to celebrate his ‘pal’s’ stunning Met Gala 2018 look, as she donned a stunning, silver armoured gown to the annual ball.

Saying what precisely all of us were thinking, he shared a photo of Zendaya in all her Joan of Arc glory on his Instagram page, with the caption: ‘All hail the queen. Killing it mate.’

That ‘mate’ was fooling no-one, as he was forced to address his relationship status once again the following month.

The Marvel favourite spoke to Elle where he vowed that he was not in a relationship, and was choosing to focus on work.

They also took part in a joint interview with ET Canada, where they confessed that the constant ‘are they, aren’t they’ speculation was actually a ‘little annoying’.

Zendaya added: ‘It comes with a territory, like, we kinda know what we signed up for a little bit… It is what it is.’

Putting aside Tomdaya speculation for a second, Zendaya was later linked to Euphoria castmate Jacob Elordi, while Tom was linked to Olivia Bolton around the same timeframe.

Zacob (does that work?) were pictured together in New York, with an eyewitness telling E! News: ‘She seemed to be really enjoy being with him. At one point he reached over and kissed her on the forehead.

‘She had a big smile on her face and was very comfortable with them.’

May 2020: Tom ‘quarantines’ with secret girlfriend

Tom was reportedly dating Nadia Parkes, with the Daily Mail claiming they had been secretly seeing each other for months – with the pair thought to be quarantining together at his London home.

If there was anything actually going on between Zendaya and Jacob, it was officially over, as he then started dating model Kaia Gerber. He heaped praise on his rumoured ex during a chat with Vanity Fair, insisting: ‘She’s a power unto herself and so talented. Such a sweetheart.’

Tomdaya speculation surfaced again when Tom discussed their close bond to British GQ, spilling the beans on some words of wisdom she offered him at the beginning of their journey together.

‘Talking to Zendaya’s helped me a lot, actually,’ he said. ‘I used to come across sometimes as a bit of a d**k to fans, mainly as I was always so surprised that they’d want a picture with me or signature or whatever.

‘I’d have the typical Londoner reaction, one of instant suspicion: “Why are you talking to me?” Zendaya spotted this and quickly told me that this sort of reaction was going to be more aggro than just smiling and taking the picture.

‘She totally changed the way I am able to be more comfortable in public.’

Honestly, we’re obsessed with their friendship by this point.

There we have it, proof that Tomdaya is the real deal.

Tom and Zendaya sealed their romance with a kiss when they were spotted embracing in the car during a low-key drive – putting all those rumours to bed once and for all.

They have yet to comment publicly on the pictures or address the wild response from fans – with the pair trending ever since the pictures first dropped.

Tags: Tom Holland, us showbiz news
You may also like
Celebrities News