Finding balance in the chaos of Hollywood. Tom Holland and Zendaya give each other just that, a source exclusively reveals in the new issue of Us Weekly.

Everything Tom Holland and Zendaya Have Said About Their Relationship

While the Emmy winner, 24, and superhero actor, 25, seem very different, that actually helps their relationship. “They both challenge each other and balance each other out,” the insider explains. 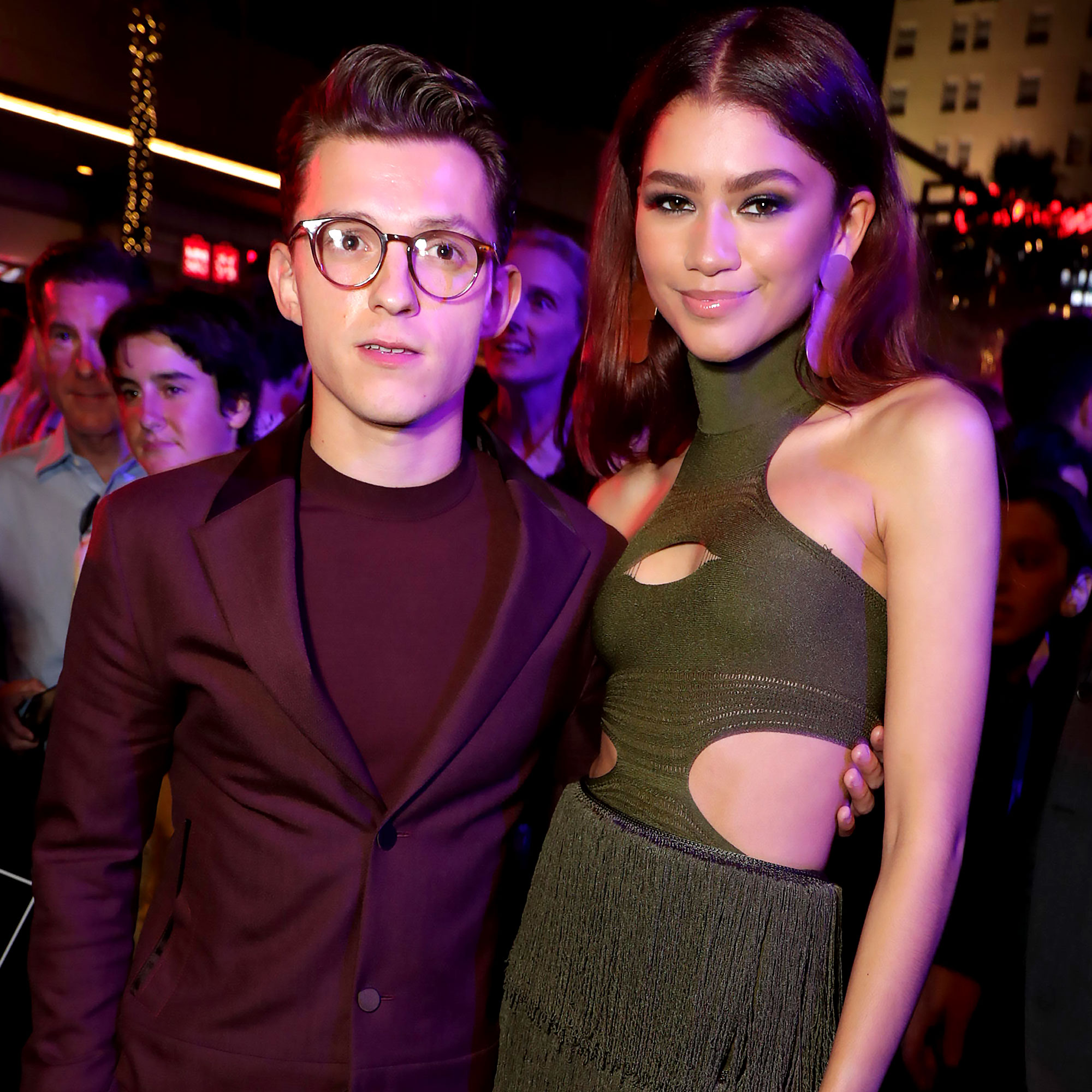 The Spider-Man costars met on set in 2016, and although they play love interests Peter Parker and MJ, their relationship wasn’t romantic offscreen right away. “Zendaya and Tom started off as really great friends and stayed that way for a long while before things turned romantic,” the source adds.

The secret to their relationship is a simple one — keeping it light. The pair work so well together “because he makes her laugh,” the insider adds.

Meanwhile, Zendaya’s experience with Hollywood has helped the Cherry actor so much. “She really helps guide him through the world of celebrity,” the source explains.

Both started working professionally as children, but Zendaya achieved international fame early when she got her big break on Disney Channel with shows such as Shake It Up (2010 to 2013) and K.C. Undercover (2015 to 2018). By the time Tom scored the role as Spidey in 2015, the Euphoria star had plenty of experience in navigating life in the public eye.

The Onward actor previously opened up about how the California native helped him figure out how to present himself to fans.

“Talking to Zendaya’s helped me a lot, actually,” he shared with British GQ in February. “I used to come across sometimes as a bit of a d–k to fans, mainly as I was always so surprised that they’d want a picture with me or signature or whatever. I’d have a typical Londoner reaction, one of instant suspicion: ‘Why are you talking to me?’”

His now-girlfriend called out his behavior and helped him understand how to adjust to being recognized. Tom noted, “Zendaya spotted this and quickly told me that this sort of reaction was going to be more aggro than just smiling and taking the picture. She totally changed the way I am able to be more comfortable in public.”

The costars were photographed kissing in a car on July 1 after years of dating rumors. However, a source close to the couple notes that the two wouldn’t have smooched if they knew the public would see. Both remain very private about their love lives.

“They’re both not one to make their relationship public,” another source told Us earlier this month. “They’re private when it comes to dating, so any photos that have come out would’ve just been them going about their business and not knowing photographers were around.”

For more on Tom and Zendaya’s romance, pick up the latest issue of Us Weekly, on newsstands now.

Tags: ‘Chall, and, Holland, Tom, Zendaya
You may also like
Celebrities News