President Joe Biden has taken the political world by storm following President Donald Trump’s time in the White House. Biden and first lady Dr. Jill Biden have been making themselves comfortable in their new digs on Pennsylvania Avenue. While the Bidens are getting used to their new roles, America is also getting used to them too. In fact, in surveys amongst Americans, the majority think that Biden is doing a good job.

Biden has gone through a lot of firsts; there was his first tweet as president-elect. Then there was Biden’s first day in office, which centered around Covid-19 protocols. There was also his first congressional address, which actually made history.

Biden’s been around long enough though to have gotten used to questions from the press, so this isn’t a first for him. But what is surprising and unexpected is that he apologized to CNN’s Kaitlan Collins on June 16, 2021, according to CNN. Here’s why. 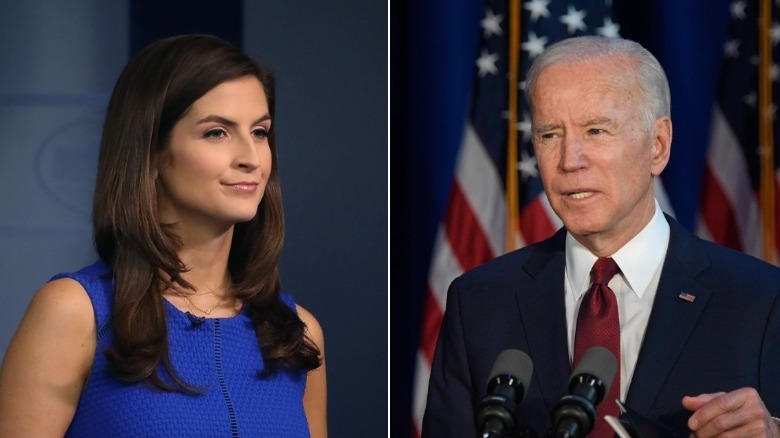 While in Geneva, Switzerland, following a summit with Russian President Vladimir Putin, President Joe Biden faced questions from the press. CNN’s Kaitlan Collins questioned Biden about his hope for changed behavior from Putin, asking Biden why he felt confident about this. Collins’ questions seemed to push Biden because he retorted: “I’m not confident he’ll change his behavior. Where the hell — what do you do all the time. When did I say I was confident?” according to CNN.

However, before Biden boarded Air Force One to return to Washington, D.C., he approached a group of reporters on the tarmac. Biden said he owed Collins an apology and added, “I shouldn’t have been such a wise guy with the last answer I gave.” Later that day, Collins spoke with CNN and said, “I do appreciate the President’s apology but it is not necessary because it is just our job to ask the President questions. That’s the business we are in,” according to a later publication by CNN.

While the whole thing got ironed over nicely, other journalists weighed in on the situation. Aaron Rupar jumped on Twitter to say: “It would’ve served Biden better to not lose his temper with Kaitlan Collins. But the problem with her question is she put words in Biden’s mouth that he didn’t say. Biden never expressed confidence that Putin would change his behavior.” Fortunately, the incident is already in the past.

Tags: Apologized, Biden, CN, Joe, to, why
You may also like
Celebrities News