There’s a fan poll floating around online that asks who’s the angriest captain on the longtime Discovery Channel hit “Deadliest Catch,” and Captain Keith Colburn’s in the lead by a pretty wide margin. Colburn is a first-generation crabber. He learned the ins-and-outs of the industry as a greenhorn on the deck of F/V Wizard and worked his way up, all the way into the pilot house of the boat, a vessel he purchased in 2005. And to say Colburn runs a tight ship would be a pretty huge understatement. Like any modern captain, he utilizes scientific and official government data, and recognizes its value. But Colburn fishes with gut instinct, and navigates by the chip on his shoulder. He’s always known that, in the perilous work environment the stars of “Deadliest Catch” face on the Bering Sea, sometimes you just gotta fish angry.

In this exclusive interview with Nicki Swift, Captain Keith Colburn gave us an update on the health of the battered and bruised, but proudly seaworthy Wizard, discussed his own battles with health and wellness, and gave us his typically unvarnished take on the state of the crabbing industry and his fellow “Deadliest Catch” captains as the show’s 17th season rolls on. 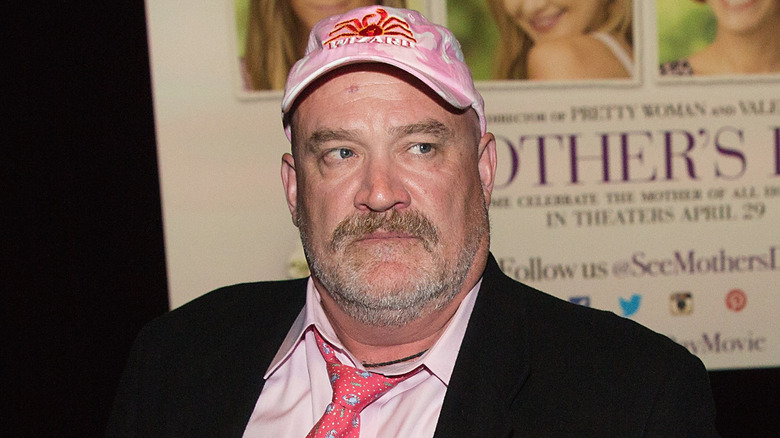 Alright, so let’s start with your health. We saw on the show that you had the bacterial infection, and you were hospitalized with COVID. How is your health now? Are you still on oxygen?

I got my bottle next to me. And you know, I pride myself in being like Mr. Safety. Yeah, except when it comes to [my] body which is on the homestretch of COVID. Right. And there’s been eight days, and 10 days in quarantine. After about a month or so, it’s been a little bit of an ordeal, I would think it’s different. I’ll tell you that right now.

That had to be something, where what you have to deal with personally blends right into how you’re trying to handle it professionally.

Well, I’ll tell you what … a real bad time, because last trip took away, took out 80% of the electronics, and right now we’re in the shipyard gutting the wheelhouse. Yeah, trying to replace pretty much everything in less than two months.

Yeah, we saw pics and videos of that carnage that that locomotive of a wave left behind. There were welders in there, it looked like, rebuilding the entire pilot house, right?

Oh yeah, the windows, the steel, everything, I mean, new radars, new pretty much everything is being replaced. Everything’s been rewired. And if it’s not, you know, for Hans, my brother and my engineer, sitting there for water hitting the legs, trying to get the steering back on. So you put the boat out of the weather so the guys can board up the window because they’re still taking 30-40 footers. Yeah. And their getting on autopilot, GPS, everything else to get home is a miracle.

Yeah, they would’ve been navigating blind without the gear out there, right, just to get all the way back? 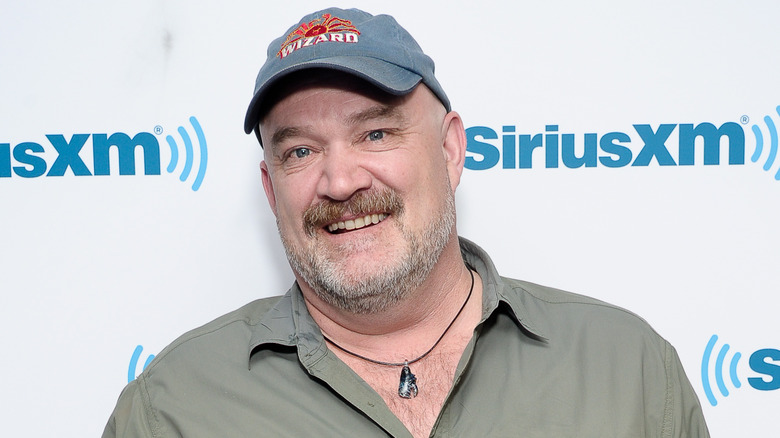 It’s been alluded to that in the latter part of “Deadliest Catch” season, the weather just gets totally insane. We heard about that wave. You had crab on board so that ended up being okay in terms of what you’re able to get?

Oh yeah, no, the crab is fine, boat’s fine. But the weather, anybody that doesn’t think climate change exists. Guess what? It exists. Yeah, we’re getting our a**es handed to us, and every year it gets worse and worse and worse.

There’s a quote from you where you say you’re that far from town, there’s no help when you’re out there, and then you add in extreme weather events that just seem to be coming all the time now. It really says that there’s something bigger happening, right?

Well, absolutely. The thing is the crab are further north, colder water. Storms are shorter, but more intense. You know, years ago, 25 years ago when I started running the boat, we might get one or two storms in three or four months, that are the same as what we get now, every other week.

How does that affect the safety protocols that are in place on the ship?

It’s getting harder and harder for me to just go through it.

Do you think it’s kind of thing that leads you to start thinking about what’s next in your career?

Well, I’m definitely thinking about it. Yeah, you know, but then you leave town. And it’s beautiful, it’s back home, and look at the stars, you set your gear, awesome fishing. You can’t take that away from me right now. 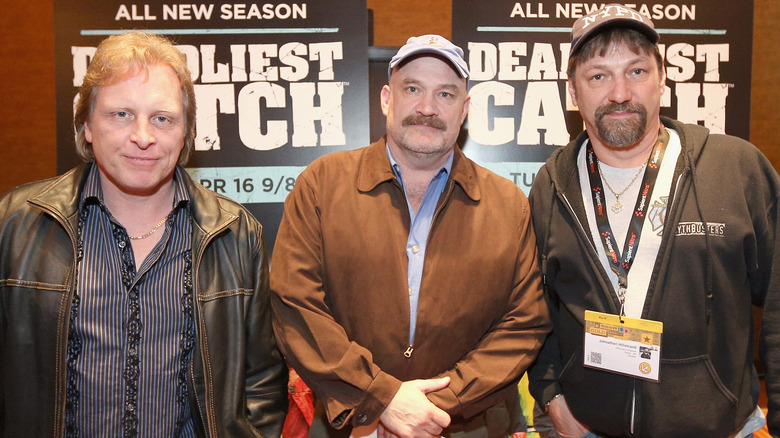 It’s tough, it puts you in a position, because these are facts about what the industry is like now, what you’re up against, you guys just went through this really terrible season in terms of not having the intel. And that presented its own problems with the COVID fallout, right?

Yeah, we’re kind of dark because without the survey, we really didn’t know. So, you know, we’ll see what they come up with. You know, I use years’ worth of information to figure out where [the crab are going].

Ultimately, it seemed like the alliance system that Sig Hansen had hashed out, it became valuable towards the end of the bairdi season, at least as a means of, you know, mapping where the product was.

The alliance was a focus for them, but the quota, the Wizard got 116,000 pounds, which was more crab than all the other “Deadliest Catch” boats, combined. And those guys won’t even give you a sniff of anything hot.

So the alliance is, theoretically it’s a thing, but in reality, you’re all out there doing your own thing.

For a Norwegian like Sig, he’s trying to suck information out of people.

Do you think that it’s, when you’re out there, you have to be prepared for anything, that it comes down to being a gambler?

It still comes back to what you feel, you know, it’s fishing by feel, let’s put it that way, right?

Do you find yourself doing that in real time or is it something that you sort of have an idea about when you’re going toward a particular spot to fish.

Well, I do it before the season. Yeah. You know, with me I got 200 pots. Once I start setting, I’m committed. It’s gonna take 10-12 hours to get the gear off and 24 hours — [I] get a backlog, if I miss it. So, once you start setting, you better be really confident about what you’re trying. Because when you miss…

Oh, all those things, and it’s getting behind the fleet issue, a delivery issue, it’s like there’s so much that goes into it. It’s a weather issue. Now my plan is whether it’s like, all of those things combined. Right, yeah I got my gear on, and now it’s 450, I can’t wear my gear on. I’m on three days to get to where I want to try. So, there’s, there’s a lot of chess involved in craft. 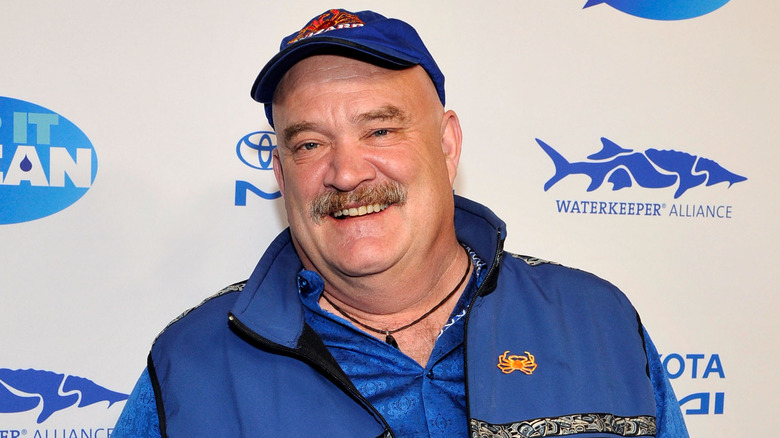 That chess idea, or describing it that way, comes through a lot on the show, because just the sheer physical weight of all that gear being pushed out there, then you have to put it back onto the onto the boat, and I think it’s sometimes not clear to the viewer how vast the Bering Sea really is, what you’re dealing with in terms of where your workplace is, so to speak, and how that relates to the challenges.

Well, it is. I mean sometimes, you gamble, and you’re going through an area. And now, you can’t go north, because I’ll tell you a story, right? And this involves the camera guys, as well. So we’ve got a couple of guys on board, and one of them [is] supposed to go on Sig’s, and St. Paul, and he’s 80 miles southwest of them — it’s born north east 60 heavy. Okay, if you go from here to the end of your commute to get home, you got to put ice on. Alright. And so it’s like saying, “Hey, you need to get my camera guy here.” The camera guys call and said, “Hey, we need to get the camera guy.” Finally, money on the camera guy has flown in the morning from Burbank or whatever. Monte says, he goes, “You know what, if you can put two rockets on the back of this, we can be as good as St. Paul is right now for your camera dude.” Right? So, sometimes you just, you’re pinned down, you can’t move. And you have to have that— you have to anticipate that you have to do — there’s so much that goes into all that — which they show some of it on the show, but they don’t show all of what we do. You know, I think if they’re to spin the g****mn wheel back and forth, you know, we got crab.

Tags: captain, Colburn, Keith, rev, what
You may also like
Celebrities News