Looks like Kanye West and Irina Shayk’s Summer romance is already coming to an end—though honestly, it may have never even started? A source tells Page Six that Irina turned down Kanye’s invite to join him in Paris for a couture show, saying “She likes him as a friend, but doesn’t want a relationship with him.”

On top of that, the source says that Irina’s trip to France for Kanye’s 44th birthday in June was a friends-only vibe: “She went to his birthday party as a friend. There were 50 other people there. She doesn’t want to be linked with anyone right now. She is happy being single.” 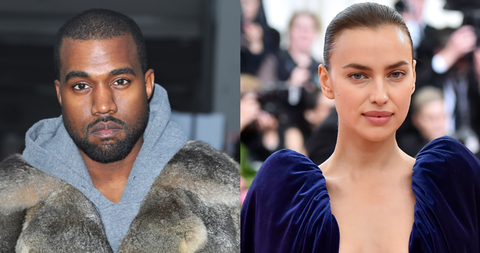 Just FYI that last month, a source told Page Six that “Kanye always had a thing for Irina, so she came to mind early on in his divorce from Kim. He decided to shoot his shot, and it worked.” That source also added that “Irina is a very hands-on mother and won’t let a new romance distract her from her daughter, so it’s perfect that things with Kanye are very casual and laid-back at the moment. They’re still getting acquainted, but the spark is definitely there, and Kanye likes where things are headed.”

So…in conclusion: it looks like these two aren’t dating after all! I guess!