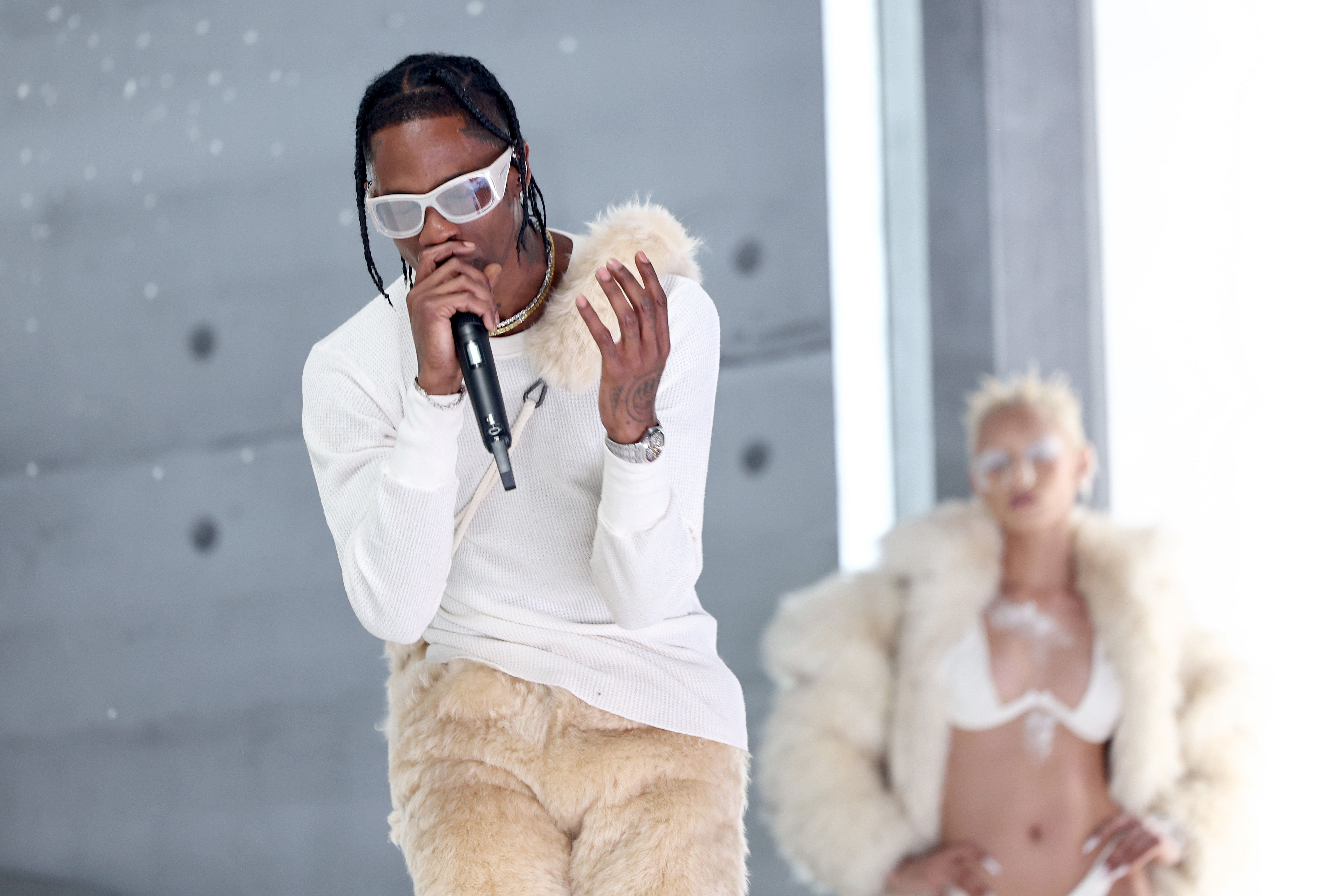 Billboard Music Awards 2022 viewers were left divided as Travis Scott returned to the stage in his first TV performance since the Astroworld tragedy.

The Sicko Mode rapper was among the performers at the MGM Grand Garden Arena, in Las Vegas, alongside Machine Gun Kelly and Megan Thee Stallion.

He also made it a family affair as girlfriend Kylie Jenner, and their daughter Stormi, joined him on the red carpet ahead of the ceremony.

After being introduced by host Diddy, the 31-year-old performed two songs – Mafia and Lost Forever – on a futuristic set.

However, fans watching on home weren’t too impressed with the booking, questioning if it was ‘too soon’ after the tragedy at the Astroworld festival last November left 10 dead.

‘Who asked for Travis Scott? He still needs to be in timeout for that mess at Astroworld. #BBMAs,’ a follower suggested.

‘Does anyone think it’s too soon for Travis Scott to be performing on a huge platform like this?? #BBMAs #BBMAs2022,’ another questioned.

One fumed: ‘Nobody was feeling Travis Scott!! Boooooooo #BBMAs.’

Despite a mixed reaction, others heaped praise on his stint on stage.

Diddy later declared that it is time to ‘forgive’ the dad-of-two over the incident, ahead of the Billboard Music Awards.

The star served as presenter and executive producer, and was said to be a key factor in his return to the stage.

‘Travis went through a tragedy,’ he said of the decision. ‘Now we’re moving on with love and respect for everybody that was hurt or affected. It’s time to forgive.

‘Everybody in the room is getting a second chance at life, you know, because we’re back inside with no masks on.

‘We need love and I’m excited about celebrating that.’