The three-time Super Bowl champion passed away on Thursday, September 2 after striking a Chevrolet Sedan around 9:45 P.M. just outside Columbia, South Carolina.

AceShowbiz –Tom Brady is mourning the death of David Patten. Upon learning his former teammate died in a motorcycle crash, the football quarterback for Tampa Bay Buccaneers offered a loving tribute to him on social media.

On Friday, September 3, the husband of Gisele Bundchen reposted the New England Patriots’ Instagram snaps of David on his Instagram Story. “The consummate professional,” he penned. “RIP my friend. My love goes out to David’s family.” 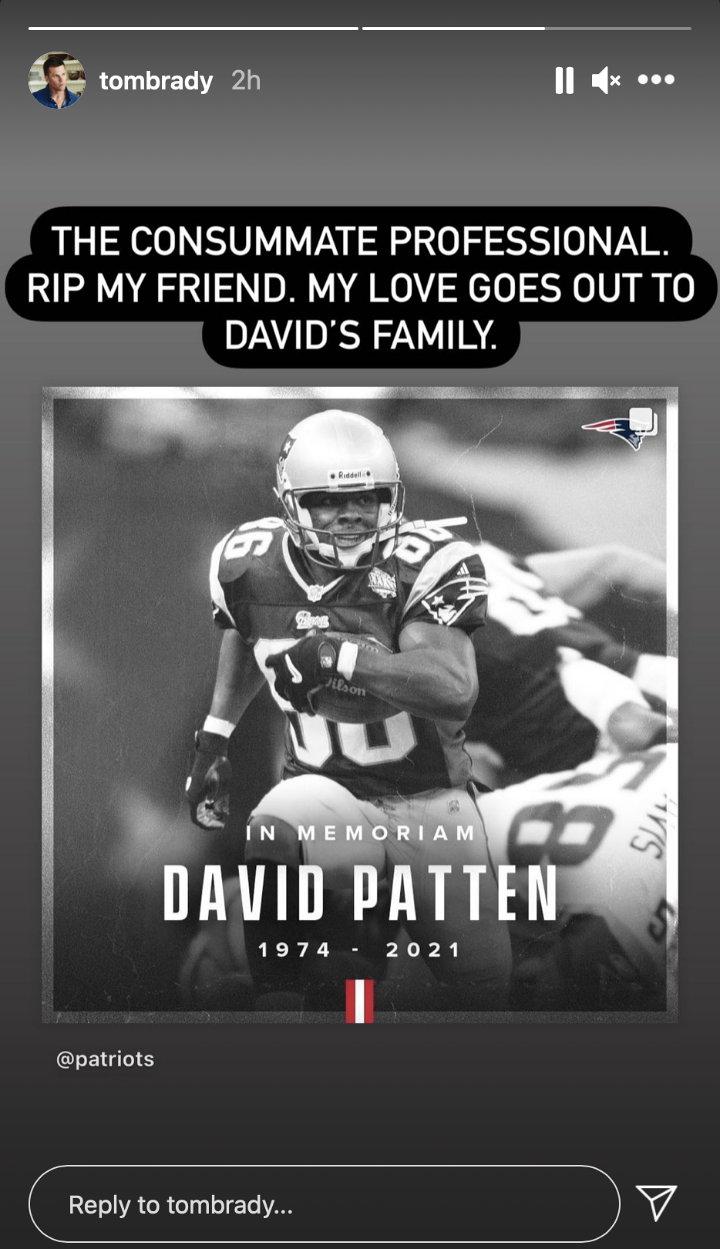 Tom Brady offered a tribute to David Patten who died in a motorcycle crash.

In the original post, the New England Patriots wrote, “We are deeply saddened to learn of the loss of former Patriots wide receiver David Patten.” Patriots owner Robert Kraft, meanwhile, said in a statement, “I am heartbroken by the news of David’s passing.”

“He was a devout Christian who followed his passion following his football career and founded his own ministry. David transitioned from an undersized and understated wide receiver to a powerful and passionate preacher,” Robert added. “In New England, he will always be remembered as a three-time Super Bowl Champion.”

“His touchdown reception in the AFC Championship game at Pittsburgh propelled the Patriots to Super Bowl XXXVI and I’ll never forget his remarkable catch in the back of the end zone in that game. It was our only offensive touchdown in the Super Bowl and secured our first championship in franchise history,” he concluded, before sharing his condolences to David’s family, “Our sincerest sympathies are with his wife, Galiena, his family and all who are mourning David’s tragic and untimely death.”

David passed away at the age of 47 on Thursday, September 2. Police reported that David “traveled left of center” on his motorcycle before striking a Chevrolet Sedan around 9:45 P.M. just outside Columbia, South Carolina. While he was pronounced dead on the scene, the Chevrolet’s driver was rushed to a hospital with minor injuries.