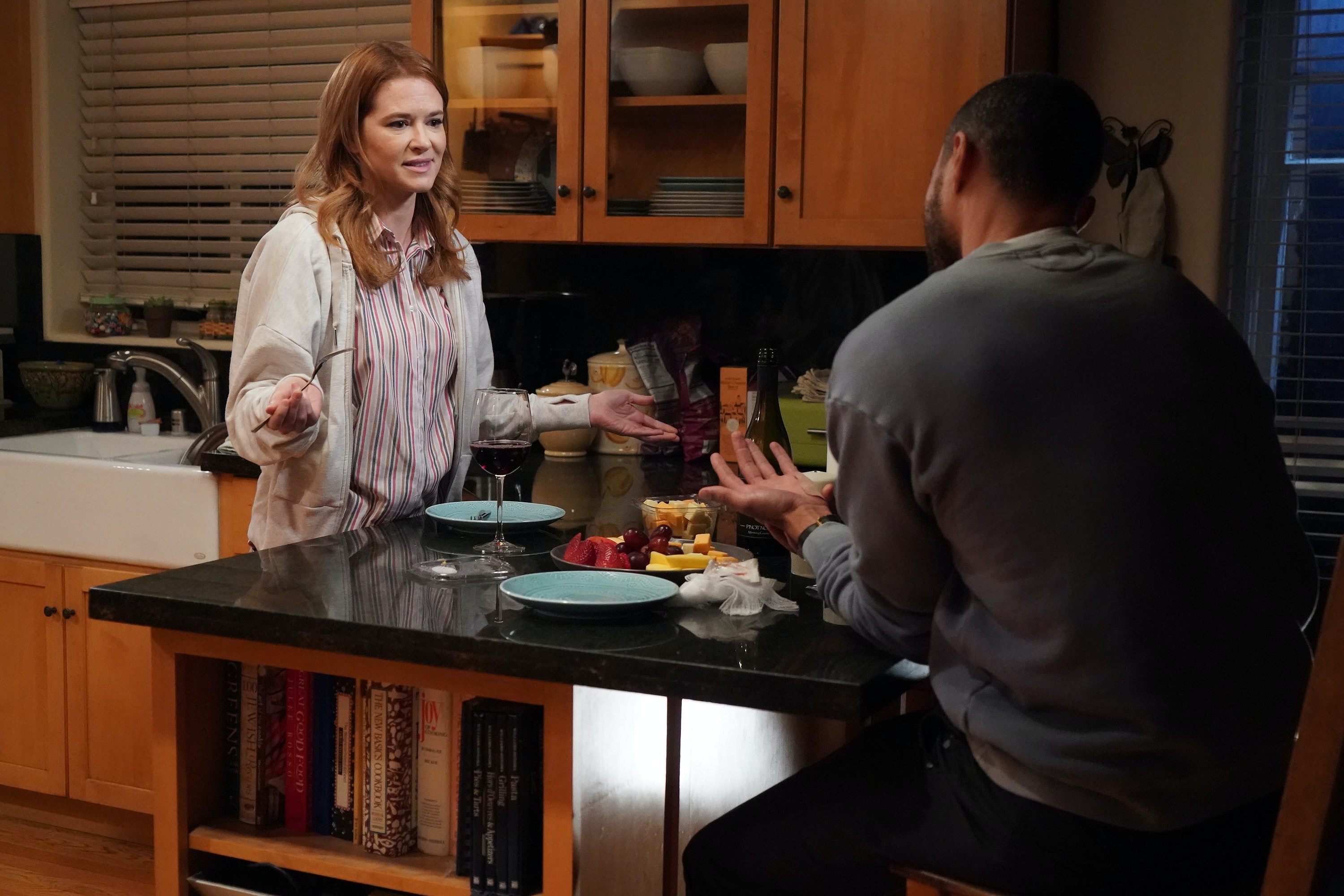 Grey’s Anatomy Season 17 has featured plenty of emotional reunions, but the latest is bound to leave Japril shippers speechless. Three seasons after April Kepner (Sarah Drew) suddenly exited the show, she and Jackson Avery (Jesse Williams) are about to share more meaningful moments that have some fans convinced they just might be endgame. But what’s really going on between them? These theories about Jackson and April’s Grey’s Anatomy reunion in Season 17 are a lot.

Fans have known Drew’s fan-favorite character was returning for a while, but the promo for Season 17, Episode 14 (titled "Look Up Child") offered a sneak peek at the former couple finally coming together again. In the preview, Jackson arrives shows up on a doorstep and nervously practices what he’s going to say: "All right, I know, this may seem impulsive and out of nowhere but it’s not. I thought it through, I just…" Then April opened the front door with their daughter Harriet in her arms while Jackson looked at her in shock. Then, a montage of their most iconic moments together from past episodes plays.

Jackson and April have been co-parenting Harriet for years now, so why does he look so stunned to see her? There are several possibilities, so before Grey’s Anatomy returns on May 6, let’s break down all the major Japril reunion theories:

As dedicated Grey’s fans know, April has been married to Matthew Taylor (Justin Bruening) since Season 14, while Jackson is currently in a friends-with-benefits relationship with fellow surgeon Jo Wilson (Camilla Luddington). But fans havent’ really heard anything from APril in a while… What if Matthew suddenly died and Jackson looks so stunned because he’s preparing to comfort April?

Alternatively, maybe April and Matthew separated. As one Grey’s fan pointed out, April doesn’t seem to be wearing a wedding ring in the Episode 14 promo:

2. Jackson Is Asking April For Advice About His Dad

After becoming determined to get involved in Black Lives Matter protests in Season 17, Episode 12, Jackson got in his car and set off on a mysterious road trip. Episode 14’s official synopsis reveals Jackson has decided to attempt to make amends with his estranged father, so maybe he’s going to ask April for advice about doing so before leaving Seattle.

April knows Jackson and his dad have had a difficult relationship in the past, so maybe the impulsive behavior he’s talking about on the doorstep is his sudden desire to drive across the country to see him.

3. Jackson Is Professing His Love For April

Even if April and Matthew are still together, there seems to be some major unresolved tension between April and Jackson. Maybe Jackson’s dad encouraged him to give things another shot with April, prompting him to make the "out of nowhere" decision to show up to declare his love for her. It wouldn’t be the first time — remember how he interrupted April and Matthew’s first wedding ceremony and they literally ran away together?

As far as anyone knows, April is only set to appear in one episode this season, and since showrunner Krista Vernoff has said Season 17’s ending could double as a series finale, this episode could potentially explain how Jackson and April live happily ever after. Iconic Grey’s couples like MerDer and Slexie have shown up this season, so why not give fans more Japril content?

4. Jackson Wants To Work With April

Jackson has a newfound desire to actively help the Black Lives Matter movement, so maybe he’s considering resigning from Grey Sloan Memorial to provide on-the-ground medical care to underserved communities (just like April is helping people experiencing homelessness). Although they already co-parent Harriet, working in the same field again could bring them closer together.

Fans can look forward to getting answers about Japril’s future when Grey’s Anatomy returns on Thursday, May 6, at 9 p.m. ET on ABC.