Though he famously sang how he ‘can’t feel his face,’ The Weeknd says he’s given up hard drugs because he eventually wants to start a family.

“Drugs were a crutch. It was me thinking that I needed it. And not doing the work to figure out how not to need it,” says The Weeknd in his new interview with GQ. During the chat, The Weeknd (born Abel Tesfaye, 31) shared that he’s what Demi Lovato calls “California Sober,” saying that he still enjoys cannabis and drinks — “Occasionally I’m not a heavy drinker, as much as I used to be. The romance of drinking isn’t there” — but that he’s stopped doing “other” drugs. “I’ve spent the last few years realizing that and thanking God that I don’t need it. Because for a lot of people, it’s hard to shake it. But I knew I didn’t want it.”

“And I eventually want a family. I know I say I don’t, but I know I do. I want children,” he says. When asked why he says he doesn’t want children when he really does, the “Save Your Tears” singer ponders this. “I guess I say it because I like the trajectory of my career. But also, I feel like having children would influence me and inspire me more.” The interviewer, Mark Anthony Green, then brought up the Weeknd’s lyric on the “Hawái” remix with Maluma: “I’d rather go half on a baby / ’Cause at least I know that it’s not temporary / And at least we’ll share something that’s real.” 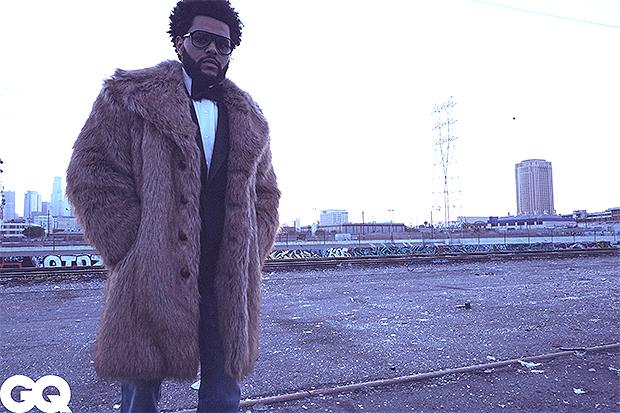 “Toxic! [Laughs.] Did I lie, though? Doesn’t get more real than that. You know?” said The Weeknd. When asked if he ever thinks about having to explain some of his more sexually explicit lyrics with his future kids, The Weeknd says he’s “prepared” to have that conversation when the time comes. “At the end of the day, it’s my art. And that’s who Daddy was.”

The Weeknd didn’t suggest who he’d start a family with. Recently, he was the subject of romance rumors after he and Angelina Jolie met up for a dinner date in Los Angeles on Wednesday, June 30. Angelie, 46, and Able were seen exiting Giorgio Baldi, a popular celeb eatery, around the same time that evening. Since then, there hasn’t been any more indication that these two have shared anything more than a few hours over a meal. 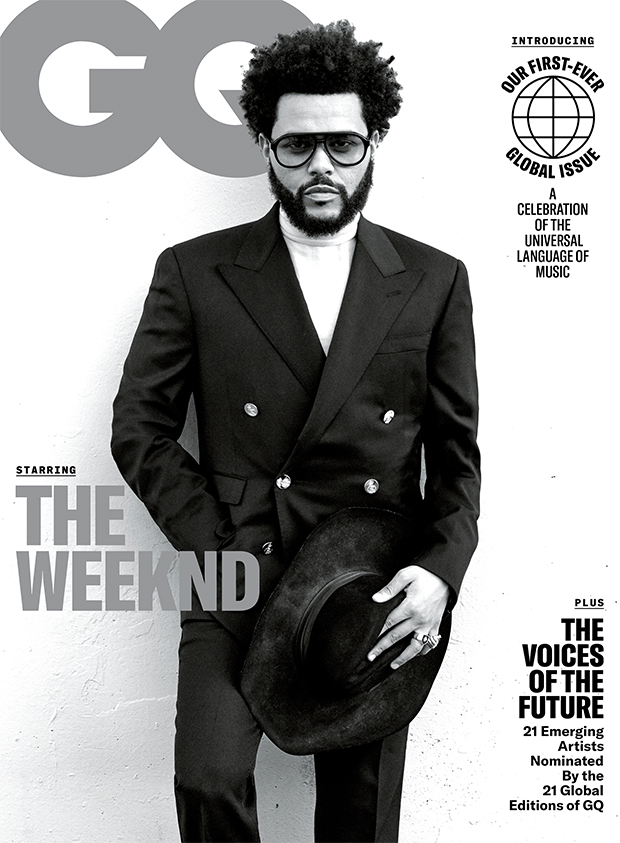 The Weeknd is gearing up to release a new album, the teased follow-up to 2020’s After Hours. “It’s the album I’ve always wanted to make,” he told Mark Anthony Green, who raved about the music, saying that “everything else sounded soft. Or didn’t groove enough. Or felt too happy. Or too sad.” The album is reportedly full of “Quincy Jones meets Giorgio Moroder meets the best-night-of-your-f-cking-life party records,” but it’s not a retro disco record. “Drenched-suit, grinding-on-the-girl/boy-of-your-dreams party records,” writes Green. So, basically – baby-making music.

However, don’t expect the album to be nominated for a Grammy. The Weeknd doubled-down on his commitment to never submit his music for Grammy consideration again – “I have no interest” – after his After Hours was famously snubbed. However, he told GQ that he doesn’t need the Recording Academy’s approval to consider his music a success. “What makes any of my albums a successful album, especially this one, is me putting it out and getting excited to make the next one,” he told GQ. “So the excitement to make the next project means that this one was successful to me. I want to do this forever. And even if I start getting into different mediums and different types of expressions, music will be right there. I’m not going to step away from it.”

Tags: The Weeknd
You may also like
Celebrities News