Taylor Swift celebrated her six Grammy nominations — including one for Album of the Year for her latest record, ‘Folklore’ — with a glass of red wine on Tuesday.

Taylor Swift, 30, earned six Grammy nominations on November 24 and she quickly took to Instagram to share her COVID safe celebration. The decorated singer-songwriter posted a shot of herself on Zoom, raising a glass to the good news with her producer Jack Antonoff as well as Folklore collaborators Jonathan Low and Aaron Dessner. “Ask us how our days been,” she captioned the pic.

Taylor’s surprise eighth studio album Folklore dropped in July and not only is it in the running for Album of the Year, it’s also recognized in Best Pop Vocal Album, with nominations for lead single “Cardigan” in Song of the Year and Best Pop Solo Performance and “Exile,” Taylor’s collaboration with Bon Iver, in Best Pop Duo/Group Performance.

But the nominations don’t stop there — Taylor was also recognized for her work on the Cats soundtrack. Her song “Beautiful Ghosts”, co-written with Andrew Lloyd Webber, is up for Best Song Written for Visual Media. 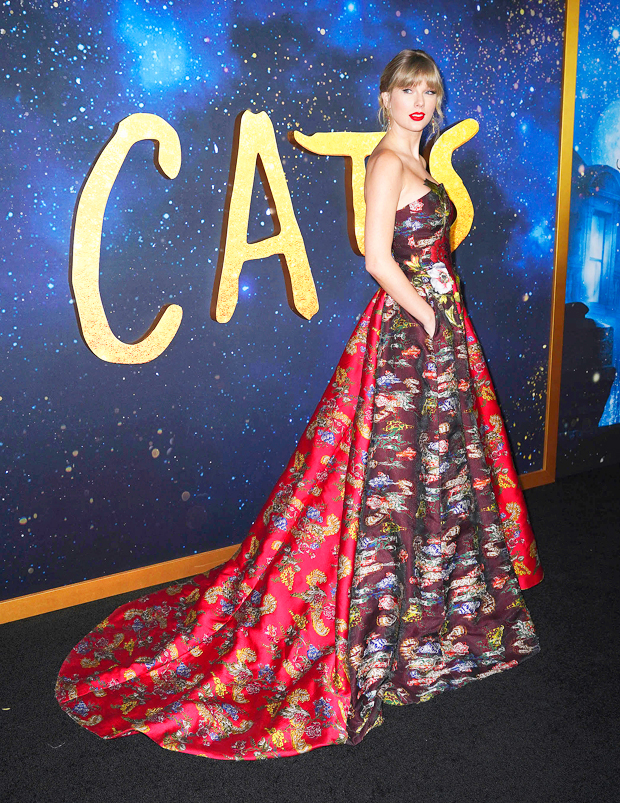 Taylor already has 10 Grammy awards to her name, and she’s previously been nominated for a whopping 35. She’s taken home Album of the Year twice so far — first in 2009 for her album Fearless and again in 2015 for her album 1989. Last year however her wildly popular, and critically acclaimed, album Lover was shockingly shut out of the category, so no doubt this year’s nomination is extra sweet.

Taylor’s six Grammy nominations come just days after she won Artist of the Year at the 2020 American Music Awards. “You guys have been beyond wonderful all the years of my career, but especially this one, when we’ve been so far apart,” Taylor said while accepting the award. “Your reaction to Folklore and all the ways in which your imagination honored that album, I just love you so much.” 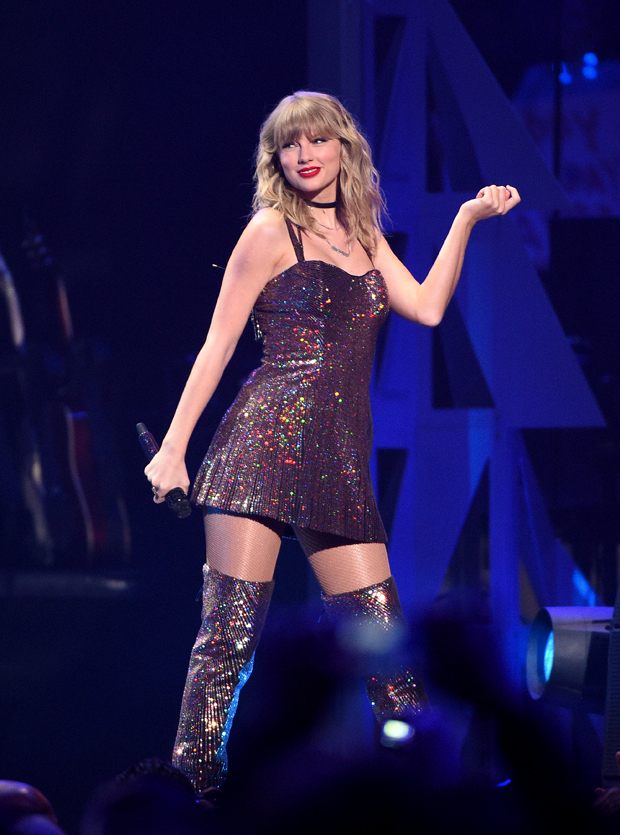 During her acceptance speech, for the AMAs Artist of the Year, Taylor revealed that she’s currently in the studio re-recording her first six albums, since the masters were sold to her nemesis Scooter Braun without her knowledge. Taylor previously confirmed to fans that she was going to make the unusual move after Scooter sold her music catalog without giving her the chance to purchase her own work.

The battle over her masters started in June 2019 when Scooter purchased her former label Big Machine Records. Taylor, who left the label that launched her career and signed a deal with Universal Music Group in 2019, was “sad and grossed out” that Scooter would own her life’s work. In an open letter to fans, written in 2019, she called it  her “worst case scenario.”  Taylor also accused Scooter of incessant, manipulative bullying.

She also placed blame on Big Machine owner Scott Borchetta, who made the sale to her enemy. “When I left my masters in Scott’s hands, I made peace with the fact that eventually he would sell them. Never in my worst nightmares did I imagine the buyer would be Scooter. Any time Scott Borchetta has heard the words ‘Scooter Braun’ escape my lips, it was when I was either crying or trying not to. He knew what he was doing; they both did. Controlling a woman who didn’t want to be associated with them. In perpetuity. That means forever,” Taylor added.

Tags: Taylor Swift
You may also like
Celebrities News