No, it’s not a scene from period drama The Crown – it’s Guy Ritchie’s stunning wife Jacqui celebrating her 40th in spectacular style with a white-tie ball.

Showing Guy’s ex-wife Madonna how to age gracefully, the stunning British model, who married the director in 2015, wore a spectacular backless Temperley gown to celebrate the milestone last week.

Teamed with a Chopin tiara and elbow-length Cornelia James gloves, she looked regal, and later told friends that the event at Ritchie’s Ashcombe House estate was ‘hands down the most memorable night of my life’. 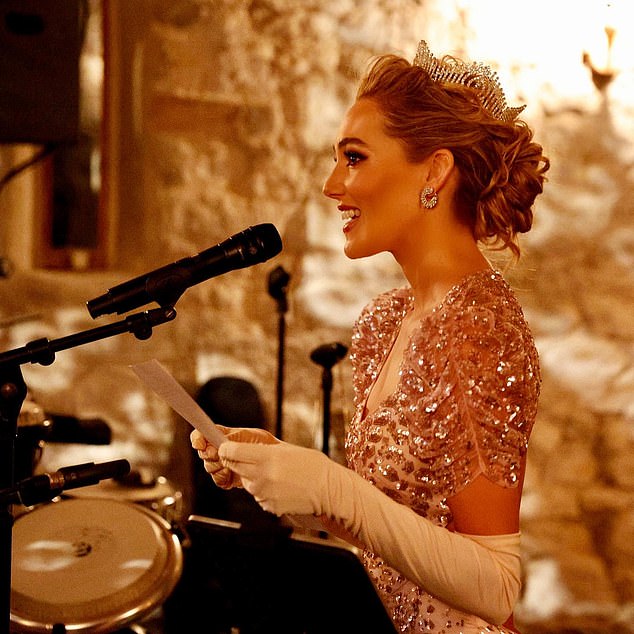 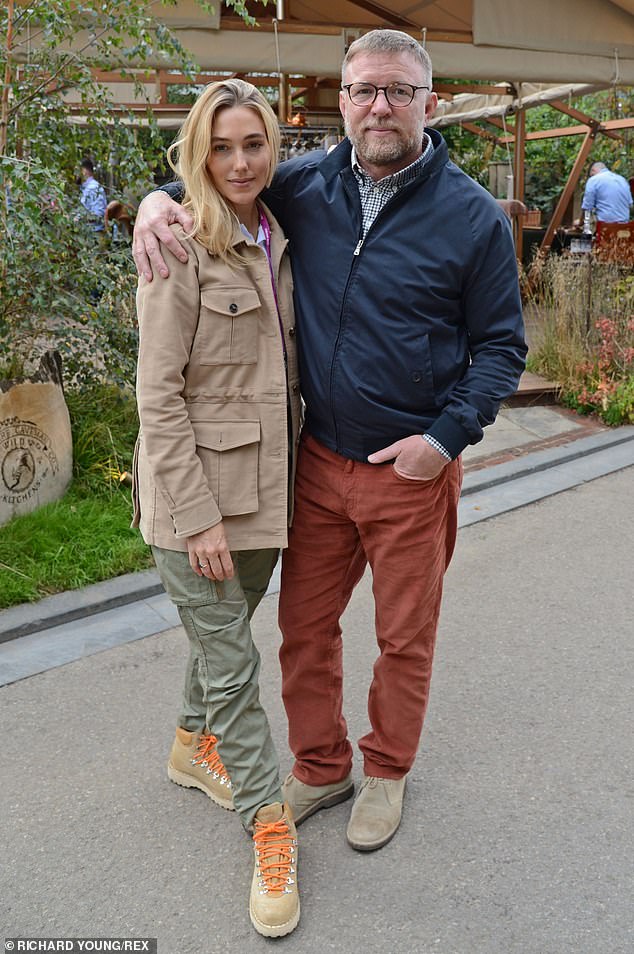 Guy Richie, pictured with Jacqui, left, married the model in 2015 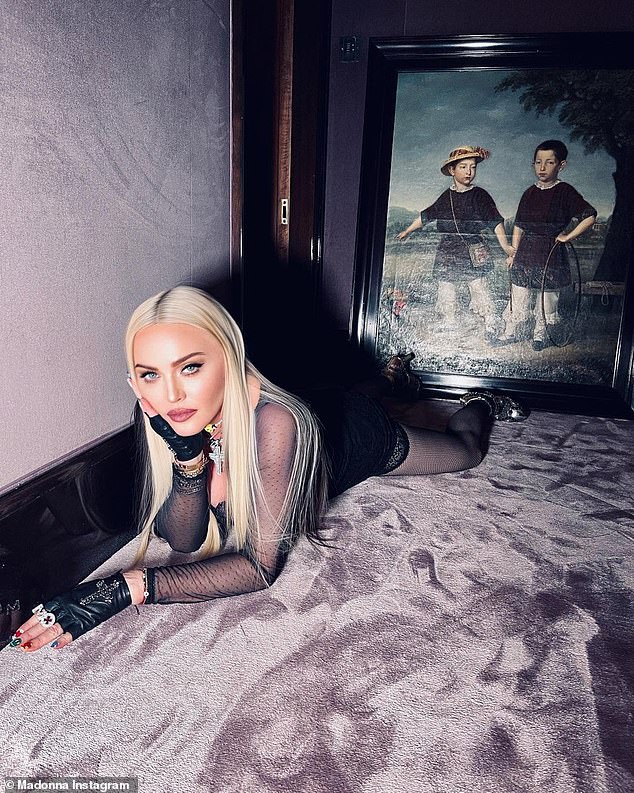 She added: ‘I’ve never felt happier – in my skin, in my life, in my tribe… thank you friends for your significant contribution to my life and my big night.’

The words chalk and cheese come to mind…

Her dad was never one to follow the rules… and Jade Jagger showed her mischievous side by dragging on a cigarette under a large No Smoking sign at her 50th birthday party last week. And it didn’t look like your average Marlboro, either!

The designer celebrated with a wild ‘50 Shades of Jade’ party on the Caribbean island of Mustique, favourite haunt of Princess Margaret, who would surely have approved.

Guests including Jade’s model sister Georgia May cavorted in an array of jade-shaded outfits, such as the one sported by the birthday girl, above. 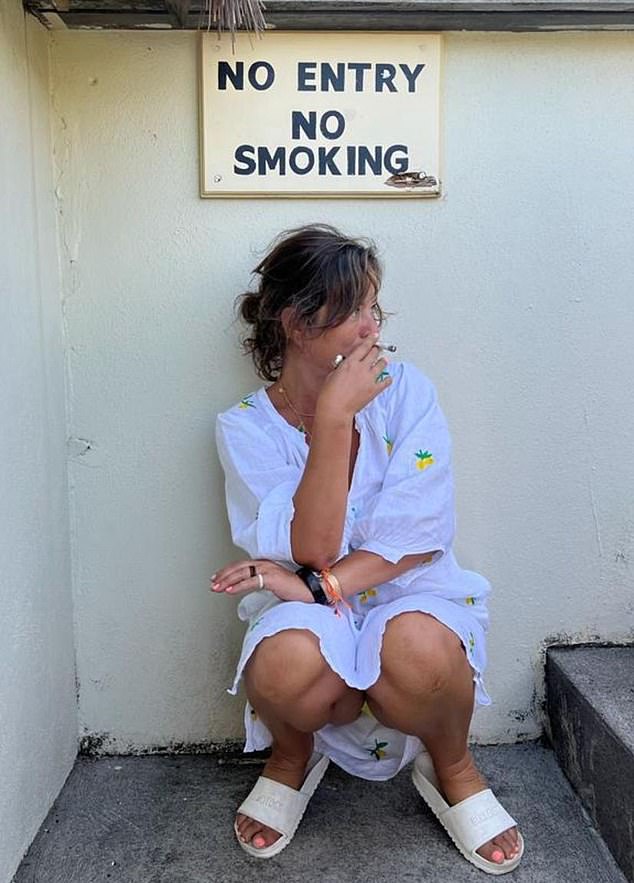