First premiering on June 3, 2001, Six Feet Under has gone on to be one of the lasting highlights of HBO’s prestige catalog of TV while finding a permanent place in the pop culture zeitgeist thanks to its nuanced takes on life, death and family. Created by Alan Ball, fresh off his Oscar win for writing American Beauty, the series explores “life in the presence of death” through the overlapping lives of the Fisher family as they deal with the unexpected loss of their patriarch while also running a funeral business out of their home.

“I’m so proud to have been a part of that show,” Ball says now, as the series celebrates the 20th anniversary of its debut. “It’ll always be a pinnacle in my professional career and in my personal existence as well because so much of what the show is about were themes that were very personal and important to me.”

While Six Feet Under led him to meet his partner, Peter Macdissi, and bolstered his TV career, which included the creation of True Bloodand the recent film Uncle Frank, his proudest achievement was the relationship between David Fisher (Michael C. Hall) and Keith Charles (Matthew St. Patrick), which became one of the touchstones of the series.

“There was a lot of pressure in the writers’ room to break them up so that David could go on embarrassing dates,” Ball recalls. “But for me, it was more important to have David and Keith in a committed relationship and see them dealing with the issues and the problems that arise in committed relationships and it not necessarily being perfect.”

As ET previously wrote about the couple, David went from a third-generation funeral director conflicted by his sexuality to an openly gay, loving father free of the burden of living up to his father. The character wasn’t alone in his journey, often relying on Keith — an openly gay, Black police offer — to help him find acceptance and strength to take over the family business.

Between the two, David and Keith helped break down stereotypes about homosexuality and race, offering a realistic portrayal of two men in love. While it wasn’t always pretty, the couple broke down barriers and became one of the first gay families represented on TV.

To his credit, Hall echoed that sentiment while ET visited the cast on set in 2002. “I think people want to express their — they want to express the fact that they’re thankful the character exists and they thank me for my role in that, for breathing life into it,” he said at the time. “And that’s really gratifying.”

The actor also applauded that David is not a stereotype. “He’s a real person with a real relationship,” he said.

When it comes to the couple’s impact on the cultural landscape, specifically LGBTQ storytelling on TV, Ball says it was a matter of timing in the real world. In the early 2000s, there was a “shift in terms of mainstream attitudes about LGBTQ characters and stories and issues,” he notes.

Ball also says that at that time, there were far more people coming out publicly. “So many people chose not to be in the closet and came out to their friends and their families. And it’s hard to be homophobic when your brother is gay or, you know, your favorite person at work is gay,” he explains.

He adds, “That was the turning point in culture. And we just sort of happened right around that same time.”

And prior to Six Feet Under, there were very few nuanced or complex portrayals of gay men on TV, aside from Queer as Folk, which premiered a year prior on Showtime, and perhaps Will & Grace, which offered a very different and comedic take on the lives of gay men.

It’s something that Ball was extremely aware of growing up, noting that there were gay characters onscreen but most of them were single and were not in relationships. He specifically recalls watching As the World Turns, which featured one of the first openly gay characters on TV (Brian Starcher’s Hank Elliot).

When he first came out, “it was so inspiring to me, but then I noticed when it became summer and all the guys on the show started taking their shirts off to hang out by the pool, he never did,” Ball recalls. “It was like, ‘We don’t want to really acknowledge that he actually has a body and he has sex with it.’”

He adds, “I liked the fact that David and Keith were sexual creatures.” 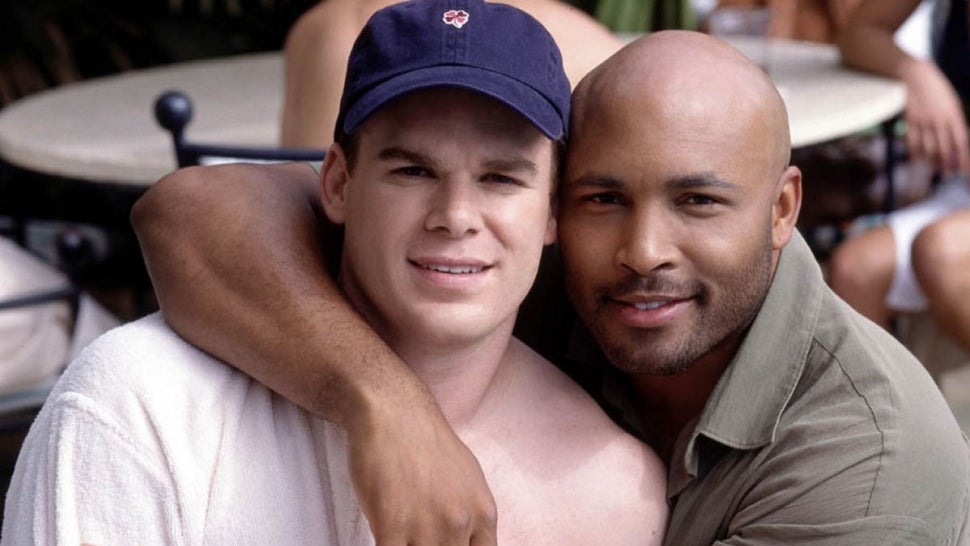 Now, when Ball watches TV, he’s noticed how depictions have drastically changed. “There are shows that have interesting, complicated characters and their sexuality is not their defining characteristic, which is my preference. We’re just getting these very complicated, layered characters who are going through any sort of facets of life just as anybody else would.”

While Ball is interested in furthering LGBTQ storytelling onscreen, particularly writing queer characters anybody can relate to, he does not have any interest in going back. He’s previously said he doesn’t want to be part of any Six Feet Under reunion, which would be hard considering everyone died in the end, or a reboot — and it’s also the same with True Blood, which was famously dubbed “the gayest show on TV” when it first premiered in 2008.

In February, HBO confirmed it was currently developing a revival series with Riverdale’s Roberto Aguirre-Sacasa, with Ball reportedly “poised to return as executive producer.” He says now that “my participation in True Blood is not going to be central. I’m not going to be running the show or anything like that. I’m just involved in terms of giving my thoughts here and there. I spent five years doing True Blood and I loved it. But I don’t want to do it again.”

At the end of the day, “I don’t like to repeat myself. I like to try to do new things,” Ball concludes. “I have new things I want to do. So that’s where my main focus is going to be.”

All five seasons of Six Feet Under are now streaming on HBO Max.