Riley Keough took to Instagram to share a touching post in honor of her ‘baby brother’ Benjamin, who died by suicide last year, and it included several sweet pics of them as children.

Riley Keough, 32, is fondly remembering her brother Benjamin through precious throwback photos on the difficult one-year anniversary of his death. The granddaughter of Elvis Presley shared an Instagram post that included happy snapshots of her and her handsome sibling, who tragically died by suicide at 27-years-old on July 12, 2020, and wrote a sweet caption to go along with it. Today has been a year without you baby brother. I miss you endlessly every day,” she shared while tagging his Instagram handle.

The photos in the post were mostly from moments when Riley and Ben were kids. Some looked like they were from photoshoots while others were candid pics. There were also other kids in some of them and the last one was a more recent photo of the two of them standing outside on a street in what appeared to be a foreign country. 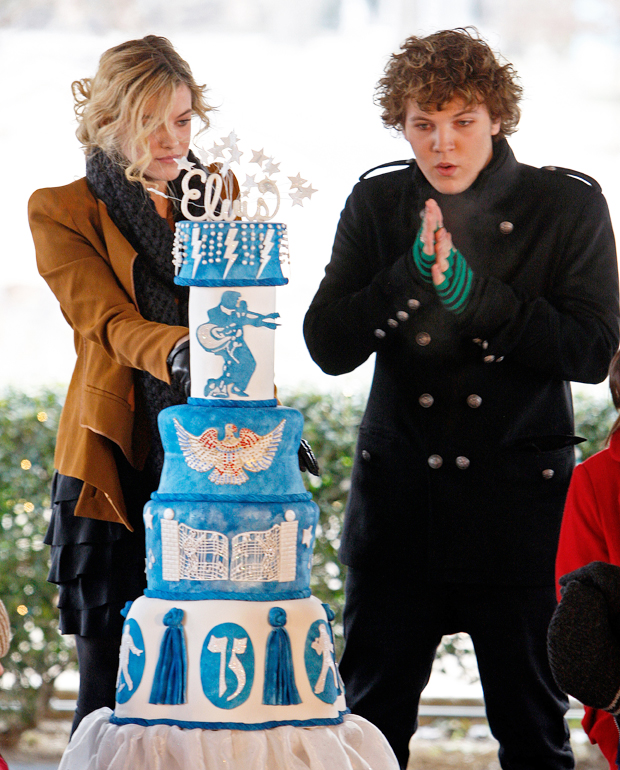 Once Riley shared the post, she received a lot of supportive comments from her followers. “Sending love and gentle healing,” one follower wrote while another shared, “Love and strength to you & your family 💗.” A third pointed out, “Where there’s deep grief, there was great love. Your pictures show there was great love…xoxo ❤️🙏” and a fourth put, “Precious memories!♥️🙏”

Before Riley posted her tribute to Ben, her grandmother Priscilla Presley, 76, took to Twitter to share a message that mentioned her daughter Lisa Marie Presley, 53, who is Riley and Ben’s mom. “This is a sad day. It’s been one year since Ben has passed. It’s a day I will never forget. It is still very hard to believe he is gone. My heart goes out to my daughter,” her tweet read.

This isn’t the first time Riley and her family have spoken out about Ben on social media. The doting sister also shared a tribute on what would have been his 28th birthday on Oct. 21. It included childhood photos as well as photos of him and her at what seemed to be her wedding. “Happy Birthday beautiful angel ⛈❤️⛈,” she wrote alongside it.

Tags: Riley Keough
You may also like
Celebrities News