Joe Giudice, 49, is shooting his shot with a woman that his ex-wife Teresa Giudice, 49, knows very well. Joe, who just recently split from his girlfriend Daniela Fittipaldi, flirted with Dolores Catania, 50, in the comments section of her latest Instagram post. Dolores, who stars on The Real Housewives of New Jersey with her longtime bestie Teresa, rocked a sexy purple bikini and sunglasses while on the beach in her photo that she shared on Dec. 19. Joe, whose also known Dolores for a long, long time, wrote “Sexy” under the snapshot. God knows what Teresa must’ve thought about that!

Joe wasn’t wrong in his comment, if we’re being honest. Dolores looks drop dead gorgeous, and clearly her holiday vacation is treating her well. The mother-of-two cleverly captioned her beachside photo, “If you need me, call me on my shell phone.” In addition to Joe, Dolores got more complimentary messages on her photo from fellow RHONJ stars Margaret Josephs and Jackie Goldschneider, as well as Real Housewives of Salt Lake City stars Lisa Barlow, Whitney Rose, and Meredith Marks.

Dolores has known the Giudices long before she joined RHONJ for season 7 in 2016. She’s been by Teresa’s side ever since Teresa and Joe divorced in 2020 after they both spent time in prison. Joe has been living in Italy ever since he was deported to his native country in 2019, following fraud charges, while Teresa and Dolores are continuing to star in their hit Bravo series in the Garden State.

Joe’s comment to Dolores comes after the father of four ended his relationship with his girlfriend of one year. “I have a lot going on right now and don’t have time for a relationship,” he told People in early December. Joe also mentioned how he’s fighting to get back into the U.S. “so that I can see my family.” That family includes his daughters Gia, 20, Gabriella, 17, Milania, 15, and Audriana, 12. They live in N.J. with Teresa, whose engaged to her fiancé Luis Ruelas. 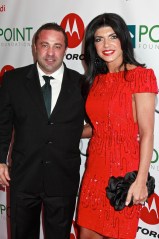 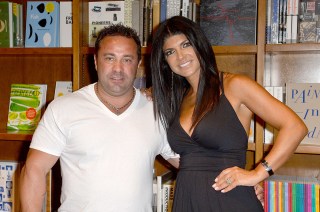 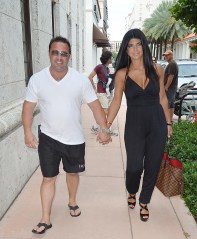 After Teresa’s romantic engagement in October, Joe said he was “happy” for his ex-wife and her new beau. Joe did, however, say he thought the pair moved “a bit quick” in their romance.