Freddie Mercury’s mesmerising performance with Queen at Wembley Stadium is one of the most enduring memories of Live Aid.

Now the band’s 1985 performance of We Will Rock You has been crowned the most iconic festival moment of all time.

Queen topped the poll with 27 per cent of the vote. Bowie’s Worthy Farm show, later released as a live album, followed with 13 per cent, the same score that Kylie gained. 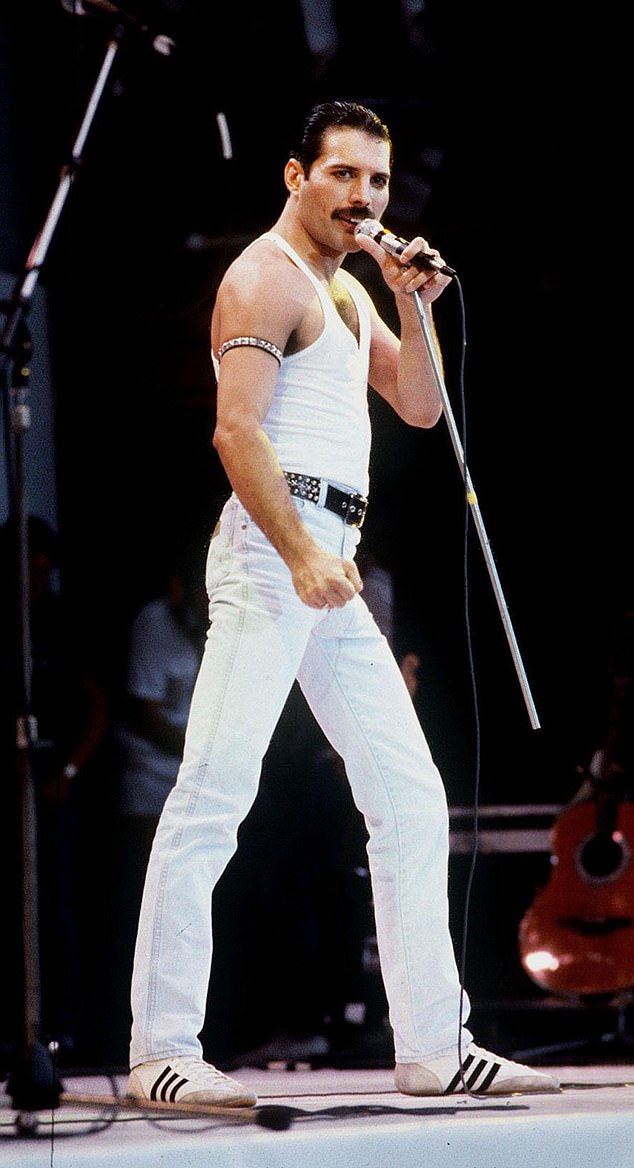 In fifth was Adele’s headline set at Glastonbury in 2016, closely followed by Jimi Hendrix setting his guitar ablaze at the Monterey Festival in 1967.

The Who at Woodstock in 1969 came seventh, ahead of Bob Marley at Smile Jamaica in 1976.

Completing the top ten is Eminem and Rihanna performing Love The Way You Lie together at V Festival in 2011, and The Rolling Stones performing at Glastonbury in 2013.

The poll of 2,000 Britons was commissioned to mark the return of Virgin Media’s V Festival.

A spokesman for Virgin Media – ahead of the return of Virgin Media’s Virtual V Festival – including headliners Anne Marie, Olly Murs and Dizzee Rascal – said: ‘Queen’s performance at Live Aid in 1985 has been voted as the most iconic festival moment of all time.’

Cilesta Van Doorn, of Virgin Media, said: ‘Over the years, festivals have offered the chance to connect with our favourite artists, friends and family and create some truly unforgettable moments.

Most memorable festival moments of all time – poll