News presenter Kay Burley wasn’t accepting Mick Lynch’s response after she asked what he would do to prevent agency workers from crossing picket lines during the ongoing train strikes. Despite her inquisitional interview style, during which she repeated questions that he hadn’t answered to her “satisfaction”, money-saving expert Martin Lewis gasped at how “unflustered” the RMT boss seemed to be.

Kay Burley tweeted out that “agency rail workers will be stopped at picket lines and asked not to cross”.

However Martin, who helps the nation manage their money, had a different opinion.

“Interesting interview,” he suggested to his 1.5 million Twitter followers. 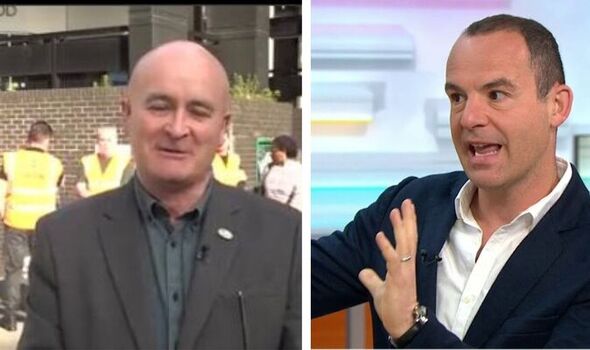 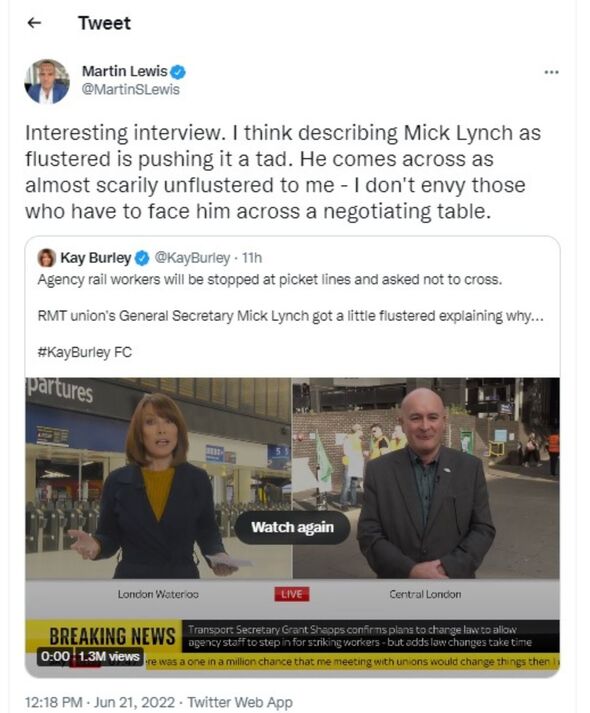 “I think describing Mick Lynch as flustered is pushing it a tad.

“He comes across as almost scarily unflustered to me – I don’t envy those who have to face him across a negotiating table.”

During the interview about the strikes, which have caused disruption across the country, Mick appeared cool and calm, even smirking and laughing at Kay’s line of questioning.

“The government will bring in agency workers,” Kay observed during the videoed interview. 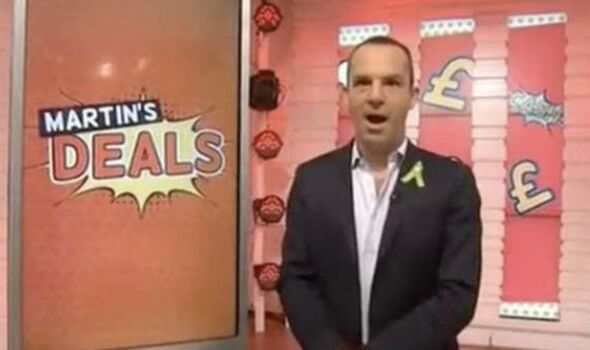 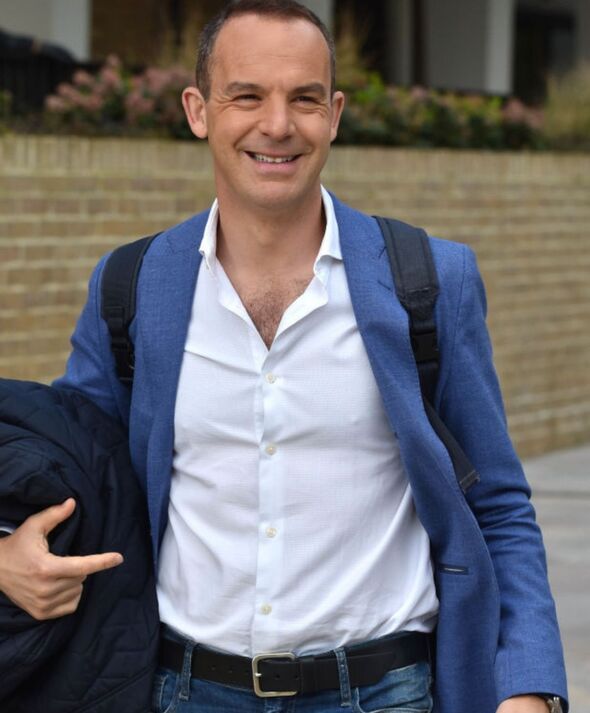 “I’m guessing that some of your members will stay on the picket lines – what will they do if agency workers try to cross those picket lines?” she quizzed him.

“Well, we will picket them – what do you think we’ll do?” he sniggered in response.

“We run a picket line and we’ll ask them not to go to work.

“Do you not know how a picket line works?”

Kay quipped jokingly: “I very much know how a picket line works – I’m much older than I look, Mr Lynch!”

Then she asked again, more directly, what picketing might involve.

Mick turned his back on her and the camera completely for a moment to look at the scenes unfolding behind him, before gesturing to them and exclaiming: “Well, you can see what picketing involves. I can’t believe this line of questioning!”

“Picketing is standing outside the workplace, trying to encourage people who want to go to work not to go to work!” he explained again.

“What else do you think it involves?”

As the conversation went back and forth, Kay told him: “I’m sorry if you feel the need to ridicule me, but I’m just asking what your workers will do…”

Remaining calm, Mick dismissed her questioning as “nonsense” and retorted: “We picket as effectively as we can.”

“And what does that involve?” she pressed further.

“I’ve answered the question about six times!” he exclaimed, only for Kay to answer: “Not to my satisfaction!”