Princess Charlotte, seven, showed off a splendid toothless grin on Saturday as her and older brother George, eight, were captured having fun at Cardiff Castle in Wales ahead of the Jubilee concert.

In a candid snap, Charlotte looked overwhelmed with joy as she took over from expert conductor John Quirk and conducted an orchestra playing We Don’t Talk About Bruno, from Disney’s Encanto.

At first, Charlotte appeared shy so dad Prince William started off the conducting and encouraged his daughter to take over.

SEE: Princess Charlotte coordinates with great-grandmother the Queen in £62 dress

The Princess built up her confidence and she looked like she had a spectacular time controlling the band. 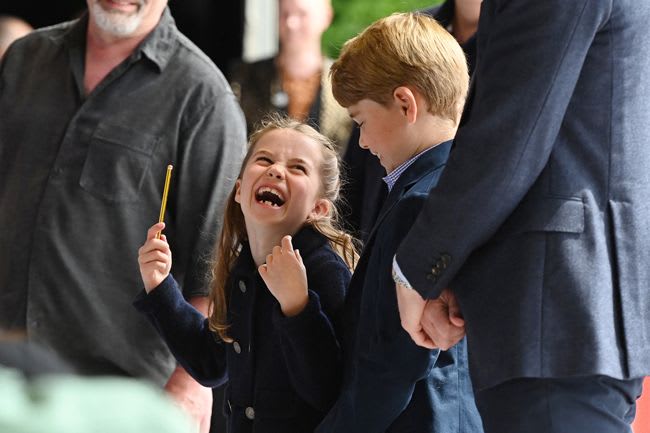 Charlotte had a fabulous time

Brother George looked equally as excited and heartwarmingly laughed with his sister.

Before the epic Disney number, the pair turned their hands to running a sound mixing deck and were allowed temporary free rein of the sound and light decks for the main concert stage.

The Duchess of Cambridge also shared snippets of their own musical talents, with Prince George learning the electric guitar, and Princess Charlotte practicing the piano.

The brother-sister duo were joined by their parents as they enjoyed another day celebrating the Queen’s 70-year reign, meeting stars and technical crew at Cardiff Castle, where final preparations were underway for a concert honouring the monarch in the grounds. 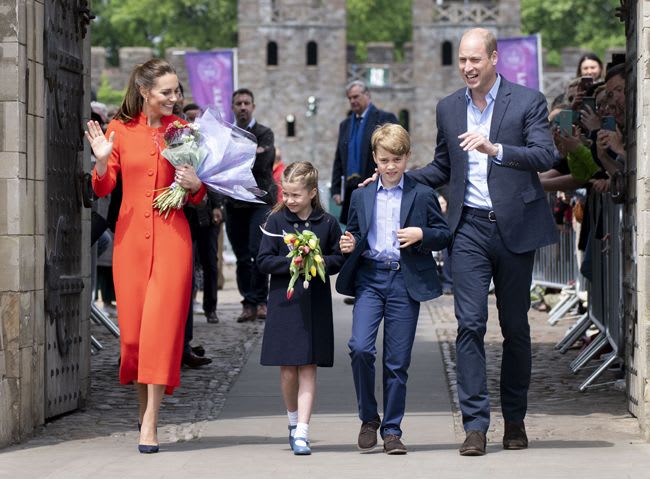 When the future king and his sister joined their parents on a walkabout both siblings collected bouquets of flowers.

The Cambridges also met with singer Bonnie Tyler and weather man Owain Wyn Evans ahead of the exciting evening.

The royal siblings were making their first official visit to Wales, Kensington Palace said but they were not joined by their youngest brother Louis, four.

The three siblings were out in force on Thursday as they attended the Trooping of the colour ceremony and made an appearance on the balcony at Buckingham Palace beside their great-grandmother, the Queen.

Make sure you never miss a ROYAL story! Sign up to our newsletter to get all of our celebrity and royal news delivered directly to your inbox.