Piers Morgan, 54, addressed the topic alongside his co-star Susanna Reid, 49, on Good Morning Britain today. It comes after it was reported that Meghan Markle and Prince Harry will be leaving baby Archie in Canada while the pair travel for work.

Piers questioned the pair’s decision to allegedly leave their nine-month-old on Vancouver Island when they travel to the UK on March 5 for the couple’s first joint engagement since quitting their roles as senior members of the Royal Family.

Speaking on the show, the panel discussed whether or not UK taxpayers should foot the bill for the family’s security.

Piers said of the couple allegedly leaving Archie in Canada: “Susanna [Reid] and Charlotte [Hawkins], on this issue of if Archie doesn’t come on this trip – and we don’t know for sure, maybe he will come – if he doesn’t come… isn’t it a bit odd?

“I mean, I’ve had four kids and the rule was always both parents wouldn’t be out of the country at the same time when my kids were that young. I’m very surprised.” 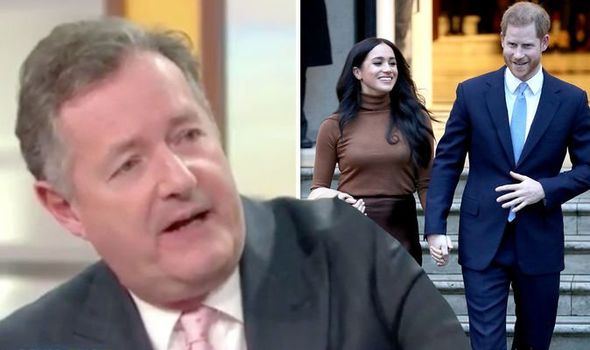 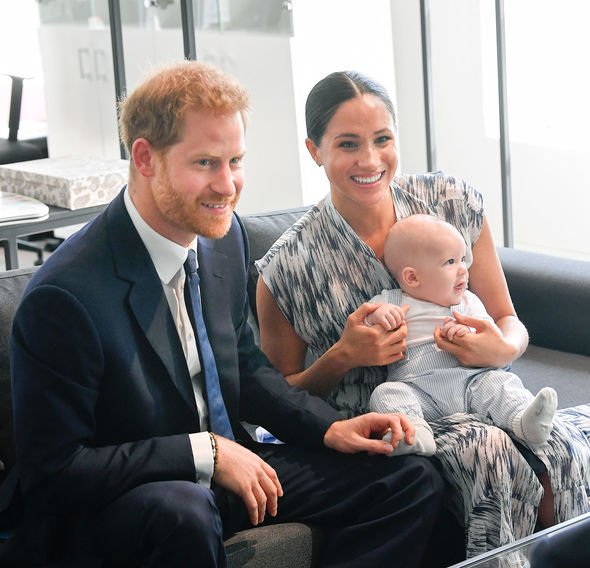 Susanna seemingly appeared to agree with his viewpoint, as she remarked: “For my 40th we were supposed to go away without the children and I literally, physically couldn’t get on the plane with my children’s dad, who I was together with at the time, because I couldn’t bear the thought that something might happen to us and we’d left the children at home.

“I’ve always had a rule with all my kids that you can’t be in a different country, both parents, away from a young child – I don’t think. I’m surprised!”

Social media users flocked to Twitter and hit back at Piers claiming he should “leave Harry and Meghan alone”. 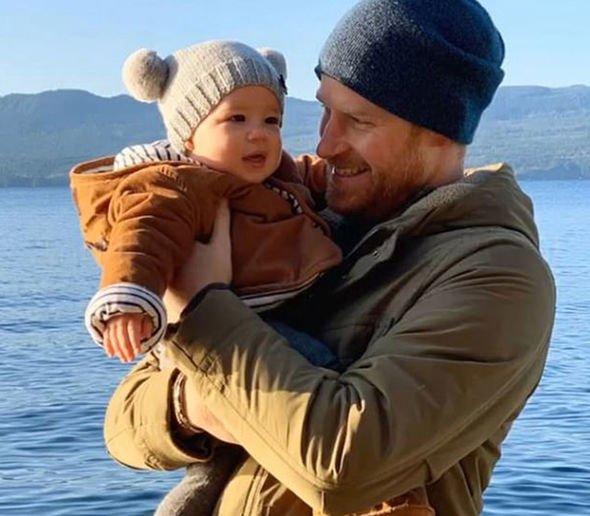 “Seriously… Another Harry and Meghan segment again?! Just leave them ALONE. Plenty other news so just move on,” another person remarked.

A third person commented: “I think it’s smart that Meghan and Harry keep their baby safe with all the coronavirus knocking about! Wouldn’t any responsible parent do that?”

Another Twitter user said: “I need to let you all know that #BettyFromBuckingham aka the queen left her children, for 6 months and went on a royal tour. So please leave #HarryandMeghan alone when it comes to THEIR SON #Archie.”(sic)

Harry has been in the UK since February 26 after attending an event in Edinburgh and last week visited Abbey Road studios while Meghan stayed in Canada with Archie.

Meanwhile, Piers returned to GMB today after he was temporarily replaced by Bill Turnbull last week on the show.

During the show, the outspoken broadcaster reacted to a Twitter user who insisted he may have taken some tips from former BBC Breakfast star Bill.

They tweeted: “Watching @GMB and I’m guessing @piersmorgan has had a bit of a wake up call to his way of conducting himself on this show (and seen how great Bill Turnbull was) and has toned it down a bit.

The presenter replied to the person in question, writing: “I really did… turned over a whole new leaf.”

“If you tone it down Piers, I’m out,” one person commented.

A second wrote: “It’s great to have him back,” while a third joked: “It was a bit strange watching Piers being interrupted.”

Good Morning Britain airs weekdays on ITV at 6am.