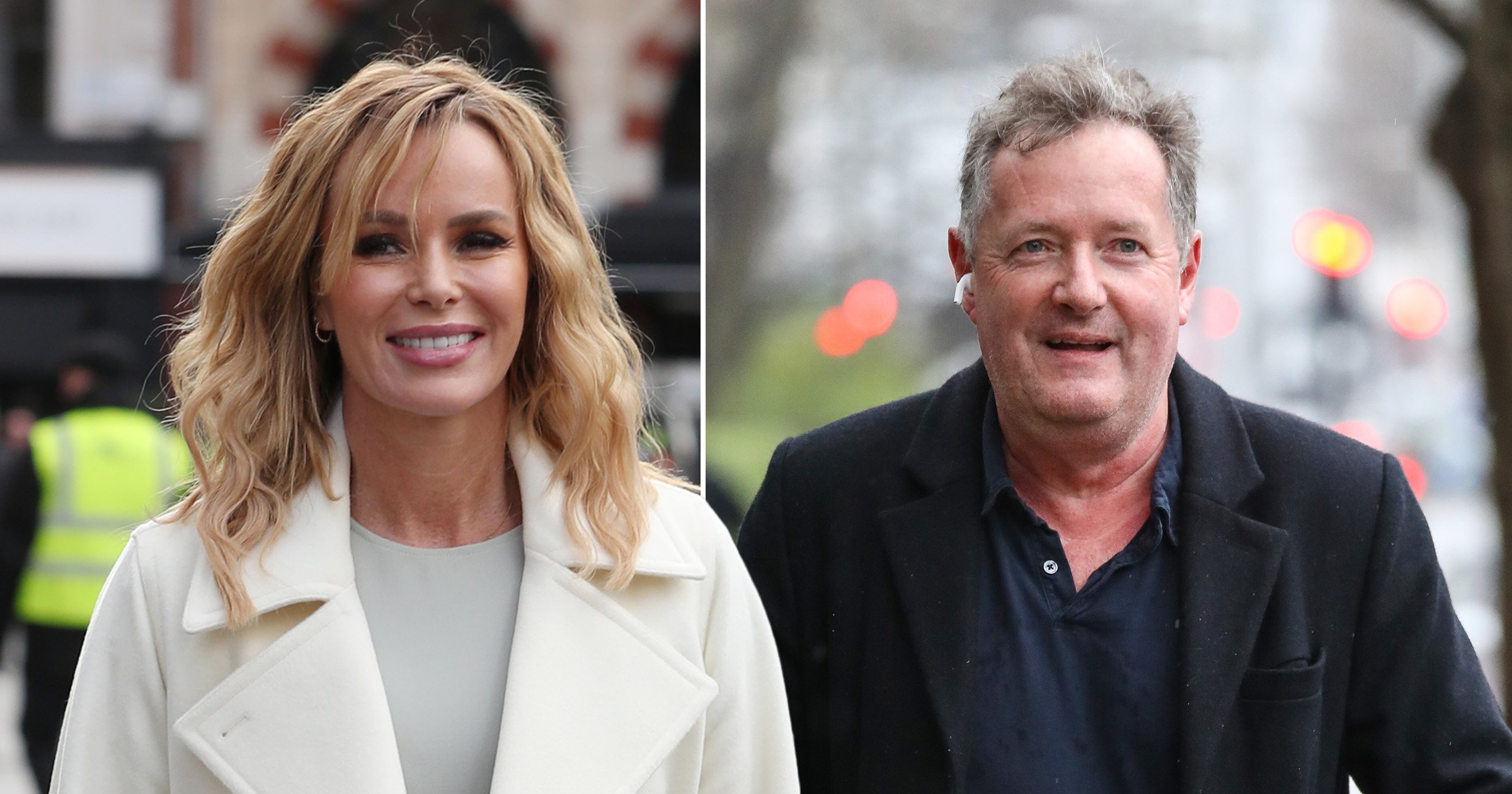 Piers Morgan was forced to inform celebrity pals such as Simon Cowell and Amanda Holden that he had contracted Covid, after realising they partied together while he was asymptomatic.

Before being diagnosed, Piers, 56, had attended Amanda’s belated 50th birthday celebrations at a London hotel where he mingled with other famous faces, completely unaware that he likely had Covid at the time.

In his latest column for the Mail On Sunday, Piers explained: ‘I’ve also been personally letting know various people who I was near to in the past week, so they can get a test just to be safe.

‘Last Friday, I’d been at Amanda Holden’s 50th birthday dinner party on an outside terrace at the Rosewood London hotel with the likes of Simon Cowell, Alan Carr and the ghastly David Walliams.

‘I sat with Keith Lemon star Leigh Francis and his wife, so I texted Leigh to let him know I had Covid and said: “It would have been truly ironic if you two had gone home thinking, “He’s not so bad that Morgan” and then discovered I’d infected you with a killer virus”.’

Leigh, aka Keith Lemon, replied: ‘Ha ha, we did both say that! But we’ve had tests and we’re all good.’

Simon’s longtime partner Lauren Silverman also reassured Piers that they’d both tested negative before flying off to Barbados for their summer holiday.

Lauren texted the broadcaster: ‘Have heard loads of people who are double vaccinated still getting Covid. Scary stuff. It’s going to be something we all have to live with now. But thank God we have the vaccines.’

Piers had suffered an array of symptoms, including loss of taste and smell, coughing, fever and aches, all of which are common with Covid.

His symptoms have now faded and he said he owes ‘a heartfelt debt of thanks’ to the creators of the AstraZeneca vaccine in Oxford, after receiving both doses of the jab.

The TV star said: ‘This is definitely the roughest I’ve felt from any illness in my adult life, BUT, as I slowly come out the other side, coughing and spluttering.

‘I’m still here – unlike so many millions around the world who’ve lost their lives to Covid in this pandemic.’

No vaccine can fully protect against Covid-19, particularly with some of the new variants, but they provide strong protection against severe symptoms, hospitalisation and death.

Restrictions were lifted across England on July 19’s ‘Freedom Day’, but cases have skyrocketed, with 309,000 new cases in the past seven days.

Nearly 88% of the adult population has received their first dose of the vaccine, while 69.5% of adults are fully vaccinated.