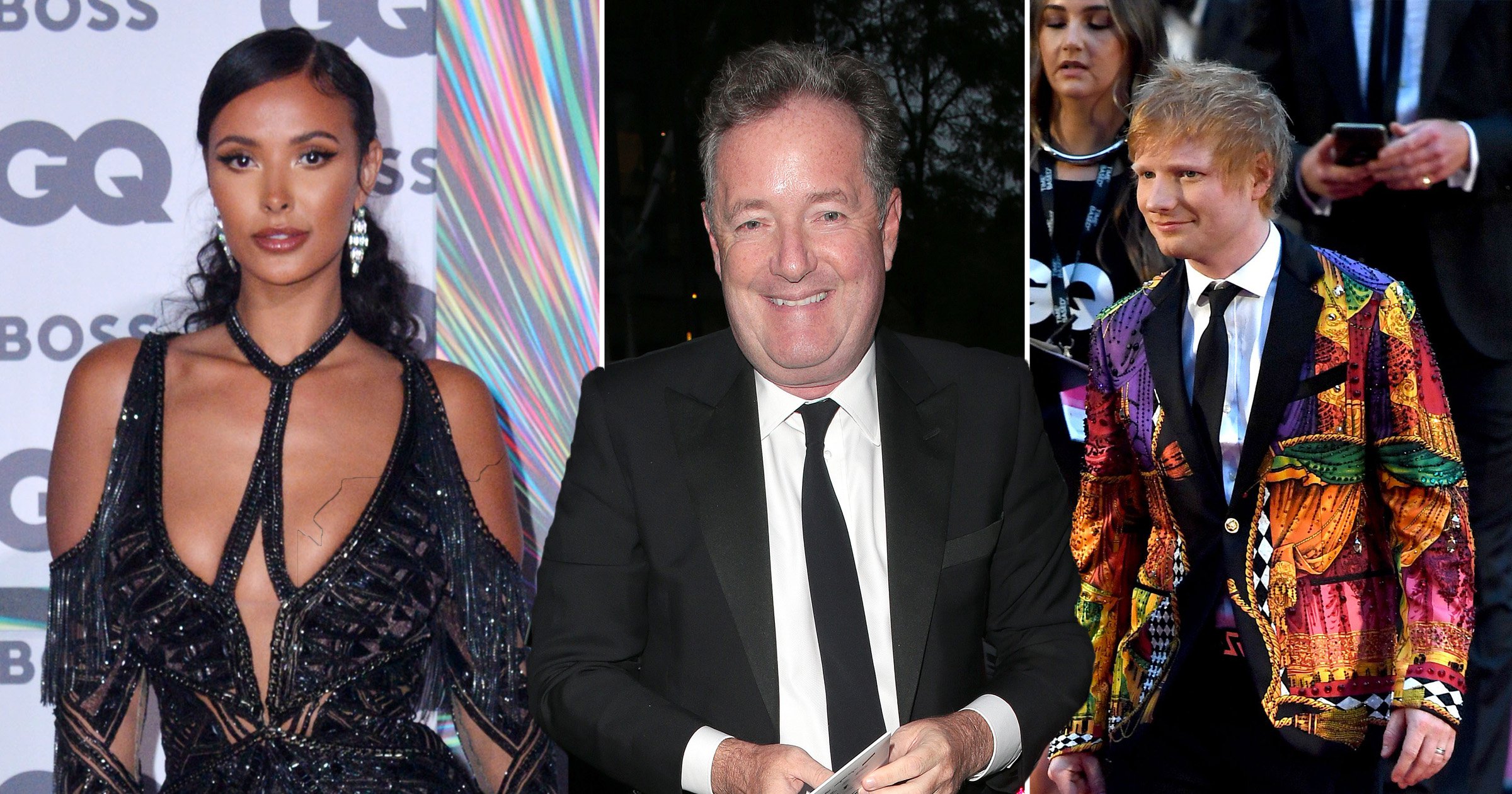 GQ’s Men of the Year awards are always a glitzy affair and 2021’s ceremony was no exception, with Piers Morgan, Ed Sheeran and more attending.

After over a year in lockdown due to the coronavirus pandemic, the stars pulled out all the stops for the iconic night in the showbiz calendar.

Piers was seen grinning as he made his way to his table at the event, which came the day he was cleared by Ofcom for his comments about Meghan Markle on Good Morning Britain.

Singer Ed was also seen arriving, donning a brightly coloured and densely patterned blazer, meaning there was no missing him.

LBDs were the order of the day for the ladies, with Maya Jama, Emily Atack, Maisie Williams and Clara Amfo all opting for the classic colour for the event.

The coveted awards were also announced on the evening, with Professor Dame Sarah Gilbert, Dr Catherine Green and the team behind the Oxford/AstraZeneca coronavirus vaccine scooping the ‘heroes’ accolade.

Adrian Dunbar snagged television actor, Quentin Tarantino was named director of the year and breakthrough music artist was Arlo Parks among many others awarded on the night.

The event was held at London’s Tate Modern in association with Boss and was hosted by actor Idris Elba and his wife Sabrina.

As well as the honours themselves, the GQ Men of the Year awards are also known for their very impressive goody bags for the winners and presenters.

This year’s offering was worth over £12,000 for the lucky few who get their hands on one, with gifts including dinner and an overnight stay at the Nobu Hotel to a flight on a semiprivate plane.