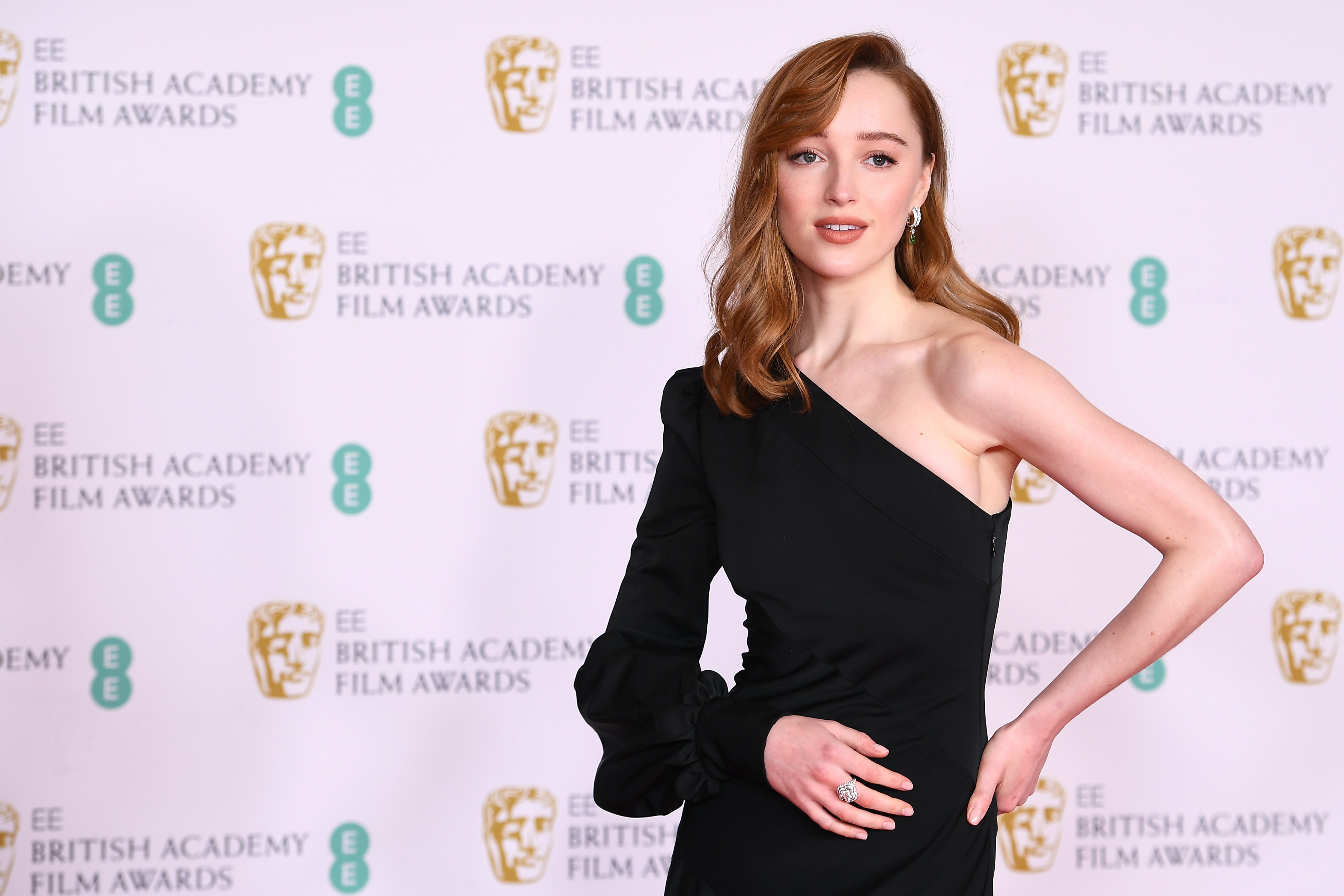 After about a month of relationship rumors, flirty comments, and matching necklaces, Phoebe Dynevor and Pete Davidson were spotted in England together. While they still haven’t officially confirmed their romance, they’re unable to stop smiling in a series of new photographs obtained by Daily Mail. The images, taken April 25, show the reported couple arm-in-arm walking through a field and from a grocery store. They follow a People report that Davidson flew across the pond to spend time with Dynevor during his spring hiatus from Saturday Night Live.

Page Six first reported that Dynevor and Davidson were getting close in March 2021. Although Davidson lives in New York and Dynevor is based in the U.K., an insider told Us Weekly on April 5 that they were reportedly keeping up over text and FaceTime. “Pete and Phoebe are still going strong despite not being able to physically spend time together,” said the source. “They’re not looking to rush things.”

Then, Davidson seemed to vaguely confirm something when a fan asked about his celebrity crush during an April 11 Zoom Q&A. “I’m with my celebrity crush,” he said, unable to stop smiling. “Yeah, so…yes.” A week later, fans spotted the two wearing matching “PD” necklaces, a cute, possible nod to their shared initials.

Fans speculate they first met while Dynevor was in New York filming Younger in February 2021. “Pete and Phoebe met at a gathering in NYC and really hit it off,” an insider told Entertainment Tonight. “They started off as friends and quickly realized there was chemistry between [them]. Pete and Phoebe started out casually dating, but things have gotten a bit more serious recently.”

Dynevor reportedly dated Skins actor Sean Teale in 2017. Although her clear chemistry with Bridgerton co-star Regé-Jean Page also sparked dating rumors, she clarified in a February 2021 interview with You magazine that their relationship was strictly professional. “I’m glad for that, actually. It would be very complicated if it went further,” Dynevor said.

Davidson, meanwhile, is known for very public relationships with celebrities like Ariana Grande, Kate Beckinsale, and Margaret Qualley, but this is the first time he’s been linked to someone in over a year. He briefly dated model Kaia Gerber in 2019, but told Charlamagne Tha God in a YouTube interview that their relationship fizzled before he went to rehab in January 2020. “She’s very young, and I’m f*cking going through a lot,” he said. “It’s just like, she should be having fun. She shouldn’t have to worry about some dude that just has issues and sh*t. She should be enjoying her work.”

He also added that it wasn’t “the right place or the right time” for him and Gerber — but it looks like he and Dynevor might be in the right place now. Even if he has to, you know, take a cross-continental flight to get there.