Phillip Schofield, 57, shared a moving speech at the Dancing On Ice 2020 wrap party last night, where he thanked the show’s cast and crew for supporting him after he came out as gay. The presenter, who co-hosts the ITV reality series with Holly Willoughby, revealed his sexuality in a social media statement earlier this year before opening up about his announcement on This Morning.

Phillip said in a video obtained by The Sun: “From that moment on we were cool, we were OK and you were amazing and we were a team and we loved each other and you gave me exactly what I needed at exactly the right time.”

As the party guests cheered, he added: “Even if it was just walking past someone I had never seen before and they would look up and give you a smile and that is what our team is all about and that is what I like about you.”

The TV personality went on to describe his Dancing On Ice colleagues as his “family”.

Phillip was joined at the bash by his wife Stephanie, who he said has also been very supportive of his coming out, and their two daughters Ruby, 24, and Molly, 27. 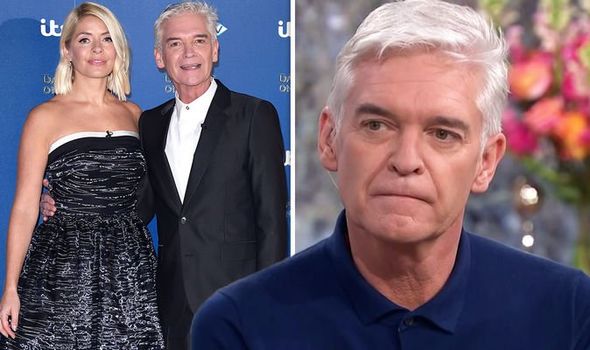 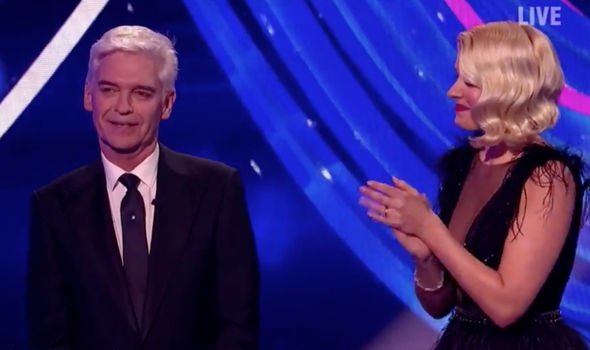 The ITV favourite previously praised his family for their “strength” in a lengthy statement, which read: “With the strength and support of my wife and my daughters, I have been coming to terms with the fact that I am gay.

“This is something that has caused many heart-breaking conversations at home.

“I have been married to Steph for nearly 27 years, and we have two beautiful grown-up daughters, Molly and Ruby.”

He added: “My family have held me so close: they have tried to cheer me up, to smother me with kindness and love, despite their own confusion. 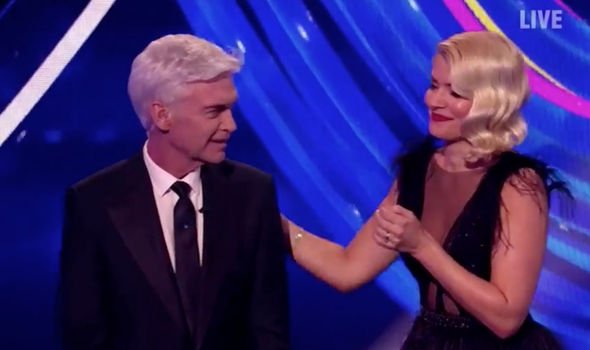 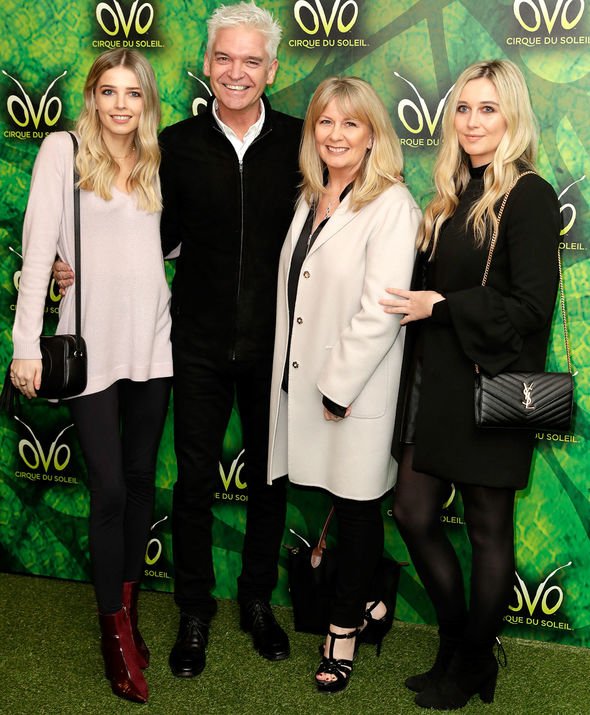 “Yet I still can’t sleep and there have been some very dark moments.”

During his appearance on This Morning at the time, Phillip told his co-presenter and friend Holly that he hasn’t thought about a new partner yet, explaining: “I’m not thinking there, I’m doing each day at a time now.

“This has always been a slow process and there’s no fast process after this.”

The star’s heartfelt speech at the wrap party comes after Dancing on Ice star Ben Hanlin revealed how the cast reacted to his news behind-the-scenes.

In an exclusive interview with Express.co.uk, the former contestant said the cast gave Phillip a hug and supported him.

He said: “We are just here as a big family really.

“It was kind of like business as usual, you just get on with it and all of us were supportive, we just gave him a big hug.

“We all support him and it’s one of them where for us, he’s still Phillip, nothing has changed.”

According to the skater, the host stopped rehearsals to tell the team he didn’t want to be “an elephant in the room”.

Speaking on Heart Radio, he said: “It was a really nice atmosphere in the studio.

“I think at one point in production he stopped rehearsals and said ‘I just need to say this, I don’t want to be the elephant in the room anymore, if you want to give me a hug, give me a hug’.”