You know that feeling when your ex’s ex writes a tell-all book and, while promoting said book, casually reveals that she hooked up with him much more recently than you realized? Me either, but Hannah Ann Sluss and Kelley Flanagan sure do.

Two of Peter Weber’s exes from his reign as Bachelor have shared what seem to be reactions to new revelations made by another of his Bach Nation exes, former Bachelorette Hannah Brown. ICYMI, Hannah wrote a book. It’s called God Bless This Mess: Learning to Live and Love Through Life’s Best (and Worst) Moments and it’s due out on Tuesday, November 23.

Naturally, Hannah has been out there hustling, doing press to promote the book and, in that process, she revealed that she and Peter hooked up while his Bachelor season was actively airing—as in, after he had proposed to winner Hannah Ann Sluss, but before he got back together with runner-up Madison Prewett (and then, later, with contestant Kelley Flanagan).

Hannah notoriously crashed Peter’s season and asked for another chance with him and, as he’s already admitted in the past, he was very tempted to just quit the show then and there to be with her. Ultimately, he decided to continue on with his love journey, but the pair reconnected after filming wrapped when Hannah DMed him.

Cut to February 2020, when Hannah and Peter were both at an engagement party for Bachelor in Paradise couple Dylan Barbour and Hannah Godwin and ended up leaving together and hooking up—which ofc Hannah wrote about in her book.

“He was like, ‘I have so much to tell you,'” Hannah told People of their reconnection. “The chemistry just wasn’t there. It just sucked. And then, I found out he had another girl [runner-up Madison Prewett] on his mind. It was all so bizarre.”

Hannah Ann and Kelley appear to have taken note of this latest cup of Peter tea, and both responded with cryptic social media posts (as you do). On Wednesday, Hannah Ann hopped on TikTok to posts a video lip-synced to the sound: “That was embarrassing. I really hope you’re embarrassed. Wow.” She wrote “When the tea officially spills…” on the video and captioned the post, “always trust your instincts ladies 🫖.”

Kelley seemingly addressed the news in an IG Story post. “Damn, looks like I needs [sic] to write a book,” she joked in the caption of a cute selfie of her throwing up a peace sign. “Book coming 2022. Maybe 2023.” 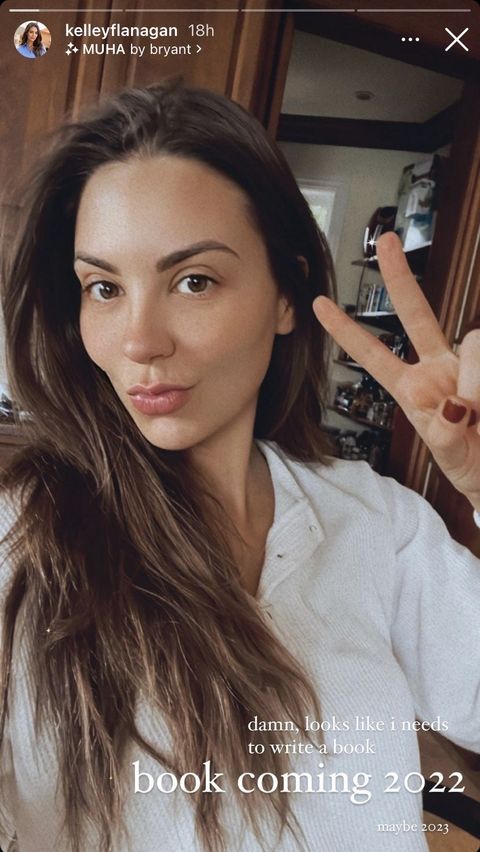