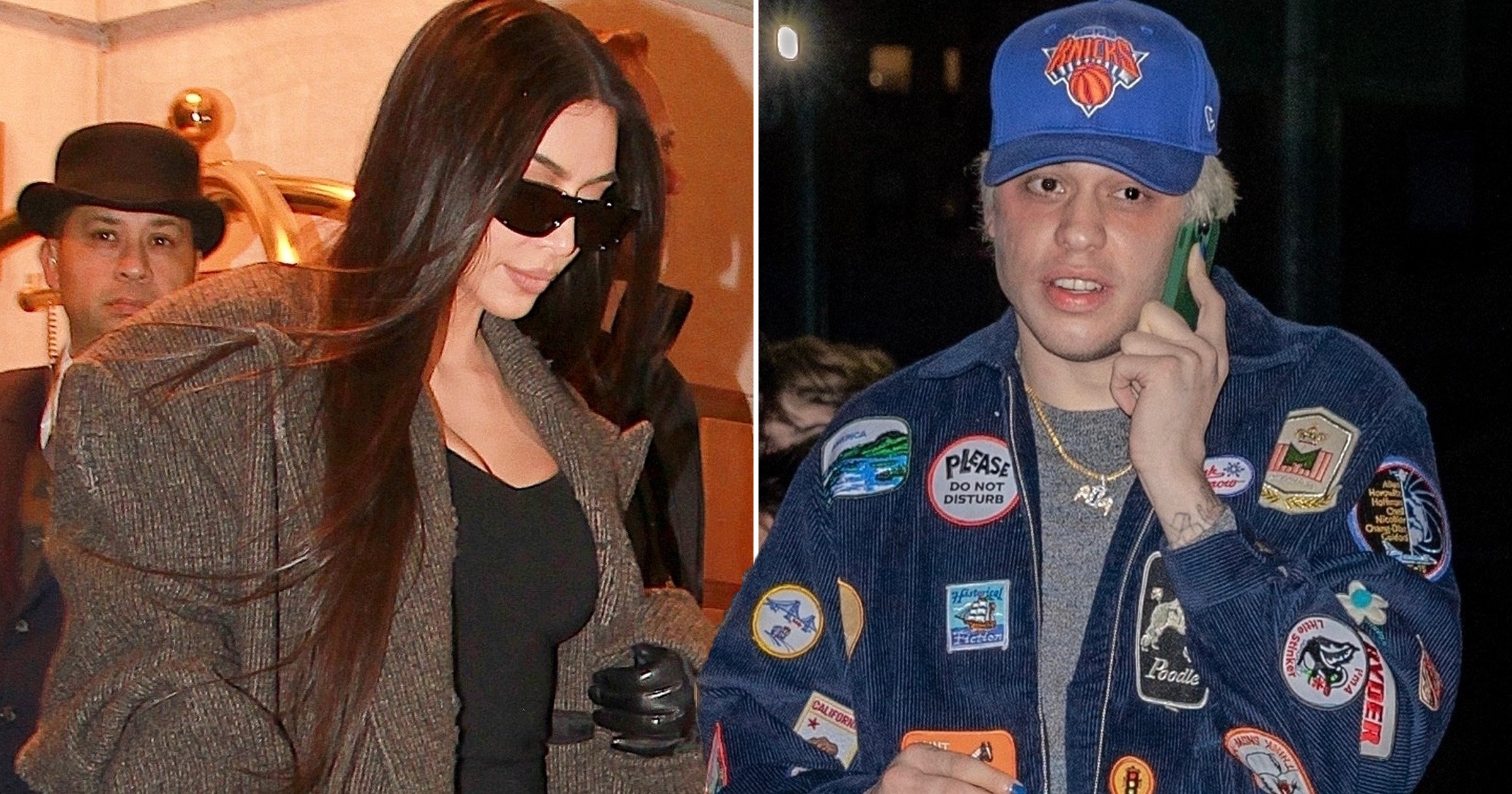 Either Pete Davidson and Kim Kardashian are just loving on one another hard or this is shaping up to be the best bamboozles the entertainment world has seen.

While neither Pete nor Kim have addressed the persistent rumours they’re dating, they aren’t doing much to pour cold water on them either, with Pete spotted with what appeared to be one almighty love bite on his neck during a date with the Skims entrepreneur this week.

They’re doing their absolute most to make damn sure Kourtney Kardashian and Travis Barker don’t steal all the ‘giddy teenagers in love’ vibes, aren’t they?

In photos obtained by DailyMail.com Kim and Saturday Night Live comedian Pete were seen giggling as they headed to swanky Italian restaurant Giorgio Baldi in Santa Monica on Sunday night.

Kim looked amazing in an all-black outfit, with her hair tucked under a bl- WHAT IS THAT ON PETE’S NECK?! Is that…a…hickey, Peter Michael Davidson?

A bleached Pete was seen in a cap and T-shirt, with a jacket over the top, and seemingly fresh out of concealer to hide what appeared to be a suspect bruise on his neck.

Hey, who’s to say, the SNL make-up department can create some absolute doozies of special effects these days. Or maybe his jugular had a run-in with the sucky end of a Hoover. These are life’s big questions.

The rumour mill has been spinning over the last few weeks amid claims that the Keeping Up With The Kardashians star, 41, has been dating Pete, 28, following her divorce from husband Kanye West.

The speculation went into overdrive when the pair were pictured holding hands while in Palm Springs this week, days after sporting matching Skims PJs for Pete’s birthday (with a cameo from Flavor Flav and Kris Jenner).

Still, not everyone is sold and punters, who spend their time debating such celebrity relationships, are divided over whether they’re having us on.

It seems going from ‘just friends’ to holding hands on the way into restaurants and showing off apparent hickeys in the space of a few weeks suggests Pete and Kim are either going from strength to strength or having a wow of a time trolling us all with this faux relationship.

That hasn’t stopped the sources from throwing a match on this lingering flame, though, with one claiming Kim is a smitten kitten.

‘They are really happy and seeing where it goes,’ the source told E! News. ‘Pete has told her he doesn’t want to see anyone else. She is telling some people they aren’t super serious but she isn’t seeing anyone else…

‘She’s trying to not make a big deal about it but is super into him.

‘Kim is smitten over him and it’s very exciting to her.’

It was only last month that Pete and Kim shared a smooch on SNL while starring as Aladdin and Jasmin in a skit, while riding on the Disney characters’ magic carpet.

Teasing us about the speculation, Pete was quizzed by Seth Meyers on his talk show: ‘I want to address something – I feel like I want to confirm if it’s real or a rumour.

‘This is something you’ve been reading a lot about in the press. We appreciate you doing it here.’

Appearing as though he might let something slip, Pete responded: ‘I’ve been wanting to talk about this because there’s a lot of people I walk by, people are like whispering and making eyes at me. But it is true.’

However, he then added: ‘I do have a show on Tubi coming out.’

Ah, at least we have the hickey times.