Actress Penelope Cruz has stepped out on the beach in Sardinia for a day of family fun with her husband Javier Bardem and their two young children Leo and Luna.

Penélope Cruz has rocked a gorgeous pink swimsuit while soaking up the summer sunshine on vacation with her family. The Vanilla Sky actress, 47, enjoyed some quality time with her husband, Javier Bardem, 52, and their kids, Leo, 10, and Luna, 7, in Sardinia on July 9. She stunned in the one-piece swimsuit which featured a blue and green pattern, along with a black strap. Penelope also accessorized with dark sunglasses and pulled her raven tresses behind her ears.

Meanwhile, her actor hubby, who is currently filming the Rob Marshall-helmed remake of The Little Mermaid, went shirtless as he dived into the crystal blue waters. Javier opted for a pair of black swimming trunks as he splashed about in the water with his wife and two young children. As fans would know, he is set to play King Triton in the re-make of the iconic fairytale, which will star Halle Bailey as Ariel. 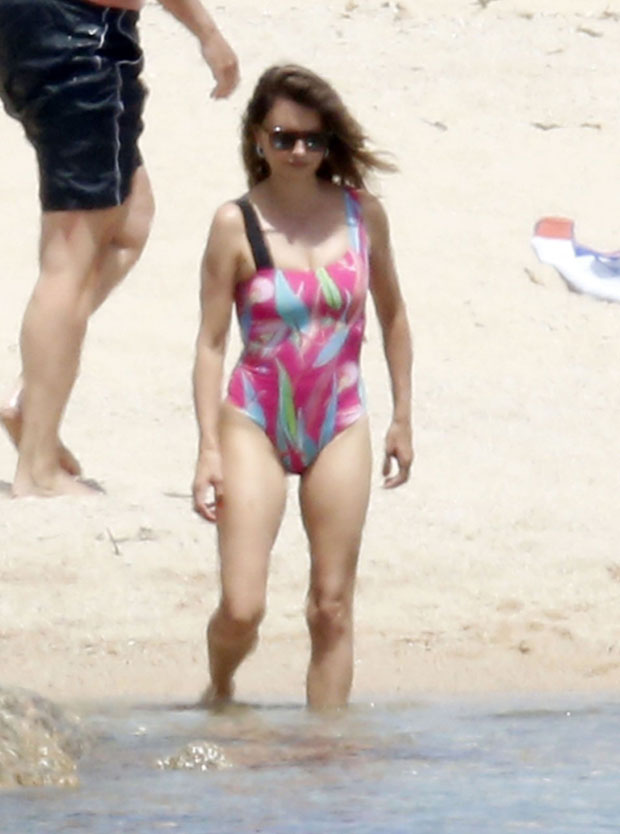 Penelope recently opened up about her husband and their family life, after more than a decade of marriage. She told Marie Claire Greece that the couple don’t let their careers interfere in their relationship. “Like any couple, we talk about our jobs, and consequently about our characters, about the way we handle this or that scene,” she told the outlet.

“Sometimes we exchange ideas, but when it comes to our jobs generally, we’re not obsessed with work, we try to leave it at the door of the house.” She also spoke about how her role as a mother-of-two changed her outlook. “When I was young, the way others saw me, be it positive or negative, had an enormous importance … But becoming a mother made me aware that this was the most important mission of my life and that I wanted to accomplish it as best I could.”

She added, “In my 20s, I was a total workaholic, I would even wake myself up in the middle of the night to respond to emails and things like that, and then I had to learn patience, rest, silence. The things that I appreciate a lot now.”

Tags: Penelope Cruz
You may also like
Celebrities News