“I’m by the seaside,” he says. “The people are lovely. And I’m trying to be a vegetarian.” We last met 11 years ago at the Theatre Royal, Drury Lane, where he was playing an acclaimed Fagin in a revival of Oliver! “Afterwards, I decided to take some time out,” he explains. “The BBC wanted another series of The Omid Djalili Show but I found ­performing a succession of sketches too taxing.” It was more than that, though. “I was a father and I hardly ever saw my kids. But now they’ve flown the nest, I find myself back in business.” Certainly, he’s never been busier – and you can’t fault him for variety.

In The Letter For The King, currently available on Netflix, Omid is a black-hearted baddie in a story set in the Middle Ages.

“My character’s aim is to try to get hold of a cylinder containing a letter of tremendous power which a young boy is attempting to deliver to the king,” he explains.

And who is his inspiration for this villain? “He’s posh and rotund but he’s also funny. I’ve based him on Boris Johnson, my unspoken mantra being ‘I always get what I want’.

“Looked at another way, he’s like Lord Sugar gone bad, wearing silly clothes on horseback,” he says with a chuckle.

Then there’s his turn as Dr Martin Lanselius, the Consul of the Witches of the North, in the TV adaptation of Philip Pullman’s His Dark Materials which returned to BBC One for a second series this week. 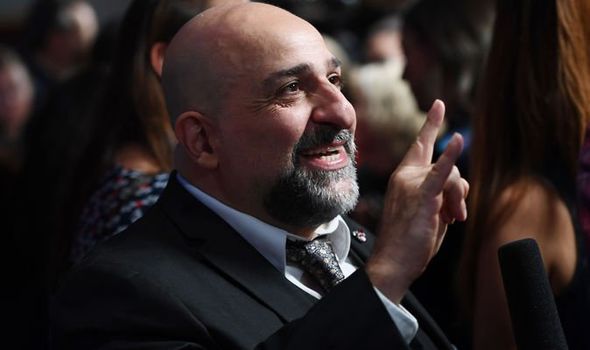 “He’s a goodie who’s badly treated in series two, but assumes greater importance in the third book. So let’s hope that makes it to the screen.”

Then – and somewhat to his ­surprise – he finds himself fronting a new quiz show, Winning Combination, which begins next week on ITV each weekday afternoon, preceding Tipping Point and The Chase.

“We’ve recorded the first 20 shows and I absolutely loved it,” he says.

Despite this rich diet, it is as a stand-up that Omid, 54, is best known. So, pandemic allowing, he’s looking forward to his extensive Good Times tour, ­scheduled to start next March in Chichester.

“I hope a vaccine will have been found by then and we can all enjoy sitting next to each other in the theatre.”

It will come as a welcome change. “I’ve become used to appearing in comedy clubs in front of a socially- distanced audience wearing visors. It makes it feel like I’m performing at a welding conference.”

He’s not in the least worried about his stamina for what will hopefully be almost 70 separate dates across the UK.

“It’s my favourite thing to do,” he says. Although he is trying to increase his fitness and reduce his waistline.

“My GP told me I had to lose weight,” he grumbles. “So I asked how much. ‘Somewhere between 10 and 80lbs,’ he said, which leaves quite a generous margin.

“I try to walk five miles every day. And I never touch alcohol.” 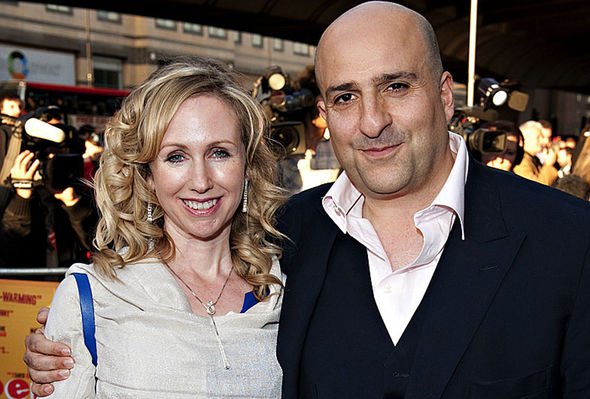 So what’s his weakness? “Food, Richard.”

The youngest of three children in a British Iranian family, Omid was born and raised in Kensington. He’s only ever been to Iran once and that was when he was six.

Making it in showbiz is notoriously challenging. Did it ever occur to him to change his difficult surname (you don’t pronounce the initial “D”)?

“Early on in my stand-up career, a very nice club owner in Southend said he really liked my work but he could never recommend me because he couldn’t say my name.

“He had a suggestion: why not get a new photograph of myself wearing a turban, pantaloons, curly-toed shoes and call myself Ali Baba, the Sultan of Comedy? And that’s when I dug my heels in.”

It certainly doesn’t seem to have damaged his career. His tally of topline films, for example, is as extensive as it is impressive: the Bond movie, The World Is Not Enough; Sex And The City 2; Gladiator; The Mummy.

The list goes on. He’s a great one, he says, for ­fooling around on set, sometimes to everyone’s amusement – “Ol Parker, the director of Mamma Mia! Here We Go Again, liked a bit of nonsense I did and left it on screen after the end-credits” – and sometimes not.

He was fired from Pirates Of The Caribbean: At World’s End, he says.

“I’d been arsing around, pretending to be a Samurai or James Bond. I was obviously getting on the nerves of the director, Gore Verbinski. “Eventually, I was put in a car, driven back to my hotel and told I had 20 minutes to pack: my flight left in two hours. 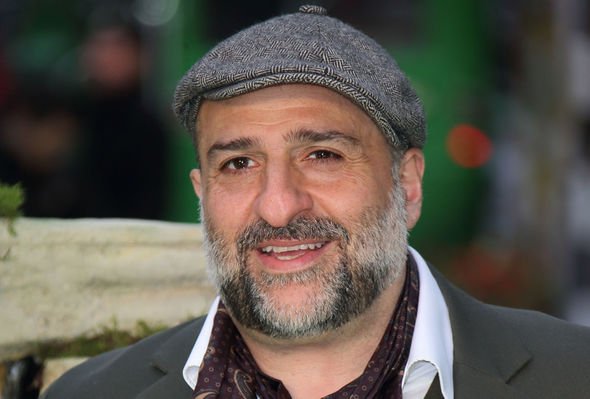 “Even so, it didn’t register that I’d been fired until I called my agent a month later to ask when they’d be shooting my final scene. He said filming had finished.”

So, of all his films, which are his favourites?

“Gladiator, which went on to win an Oscar, and I’ll always remember Oliver Reed with affection. We struck up a good friendship but he was dead a month later.

“I loved David Baddiel’s film, The Infidel, in which I played a Muslim who turned out to be Jewish. David’s message was to highlight man’s fundamental oneness. And I’d have to choose Spy Game with Brad Pitt and Robert Redford.

“When we walked through the marketplace to our cars on one occasion, no one recognised Brad or Robert but every other Arab stopped me for an autograph. The Mummy had been on local TV six times every day.”

Talking of Brad… “I’m the man responsible for breaking up his marriage to Jennifer Aniston.”

Stuck in a taxi in Casablanca for four hours with Brad for a ­particular scene, Omid found ­himself discussing the differences between men and women and how to keep a relationship on the straight and narrow.

“I forget now precisely what I said. But Jennifer called him shortly afterwards and Brad passed on my words of wisdom. It wasn’t long before the marriage began to unravel!” 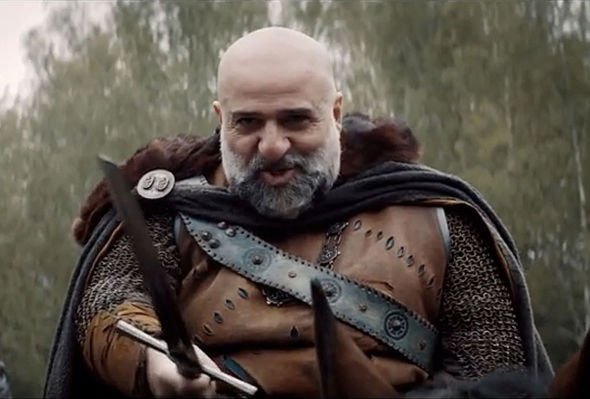 That might have been the end of the story but Omid, under pressure from an American journalist to come up with a decent anecdote about Pitt, revealed this incident, his tongue firmly in his cheek. “So you can imagine my ­horror when I picked up Entertainment Weekly,” he says.

“There was a photograph of Brad and Jennifer, crudely ripped down the ­middle, with my face popping up between them beneath the ­headline, British Comic Breaks Up Brad/Jen Marriage!”

He chuckles again. What about his long-term ambition? “To continue to be a comedian who gets hired. I’m happy. Mind you, I’d be happier still if I lost 10 or 80lbs.”

A forlorn sigh. “Trouble is, I’m the man who put the fat in fatwa!”

Tags: autoplay_video, headlines, Omid
You may also like
Celebrities News