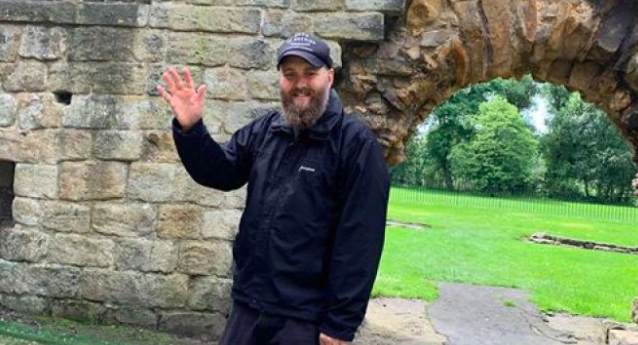 His agency Off The Kerb confirmed that Jerrod died on Saturday, after being diagnosed with sarcoma, a rare form of cancer.

A statement read: ‘It is with deep sadness we have to announce the death of Phil Jerrod. Phil peacefully passed away at home after a battle with cancer, with his devoted wife Beck by his side.

‘Phil’s critically acclaimed stand up and comedy writing meant he was incredibly respected by his peers, supporting and writing with many of his comedy heroes.

‘Phil was a dear friend to us, an incredibly kind and talented man, who was taken far too soon. He will be sorely missed by all who knew him.’

Friends and colleagues from the comedy world paid tribute to Jerrod, with Nish Kumar tweeting: ‘This is awful news. A great comic and a lovely man.’

Rhys James called Jerrod a ‘kind soul and funny comedian. Very sad’, while Lloyd Griffith tweeted: ‘Such awful news. Not only was Phil really bloody funny, but he was the nicest man you’d ever bump into. Thoughts and prayers with Beck. Cancer can f*** off.’

Back in 2019, Jerrod was forced to cancel his Edinburgh Fringe run after being scheduled to have his kidney removed.

Jerrod’s wife of 13 years Beck had been fundraising for Cancer Research UK as recently as August, when she participated in the Shine Night Walk in Brighton.

Jerrod began his stand-up career in 2012 after leaving his job in publishing, and went on to win best debut act at the Leicester Comedy Festival three years later.

He brought three shows to the Edinburgh Fringe and supported Romesh Ranganathan on his UK tour in 2006.

In addition to his stand-up career, Jerrod had written for shows like Mock The Week, and gained a cult following with Crash Bang Wallop, which launched in 2018.

Tags: celebrity deaths
You may also like
Celebrities News