Many are mourning after the death of Gregg Leakes, the husband of NeNe Leakes. Gregg was a loving husband and father beloved by fans of “The Real Housewives of Atlanta.” Viewers appreciated how he was the quiet balance to NeNe’s often outrageous antics, and many paid tribute to him following his death on September 1.

News of Gregg’s deteriorating health first surfaced on August 28, when NeNe told people visiting her Duluth, Georgia, lounge, The Linnethia, that her “husband is transitioning to the other side.” It was Gregg’s second time dealing with cancer, which NeNe addressed in June. “It’s difficult,” she said during an Instagram Live, according to TODAY. “He’s super small. If you’ve ever been around somebody who’s had cancer before, he’s different.” Of course, the situation was tough on multiple levels for NeNe, who married Gregg in 1997 (the two divorced in 2011, then remarried two years later). “I’m not good at fluffing the pillow; I’m good at buying the pillow,” she said on “RHOA” about being a caretaker, per The Sun.

Now that Gregg is gone, NeNe is reflecting on the beautiful life they shared together, which was evident in the first post she shared after his death. 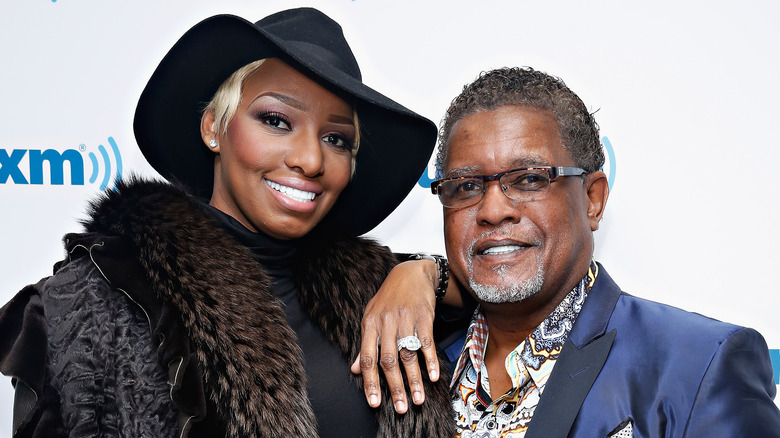 NeNe Leakes posted an emotional tribute to her late husband Greg Leakes on Instagram on September 2. Leakes shared a video of the couple dancing to “It Would Be You” by Johnny Gill, with the caption containing nothing but heart and breaking heart emojis.

NeNe’s sweet and heartbreaking post sparked heartfelt condolences, with one person writing, “Praying for your strength we love you U have our support.” While “RHOA” star Porsha Williams penned, “Such a beautiful moment,” and someone else said, “Sending healing energy and my deepest condolences. I lift you in prayer.”

Gregg was first diagnosed with stage 3 colon cancer in 2018, but the cancer went into remission after treatment. In September 2019, Bravo TV reported that Gregg and NeNe announced on “The Wendy Williams Show” that Gregg was cancer-free. But less than two years after the happy announcement, NeNe revealed that Gregg’s cancer had returned. According to People, the star of “The Real Housewives of Atlanta,” admitted in 2019 that her husband’s cancer diagnosis had changed her. “I am definitely not the same NeNe as I was last year,” she shared.