Natalie Portman is setting the record straight after tabloids speculated that she was pregnant. The 39-year-old actress took to Instagram Story to share a screenshot of an article with the headline that reads, “Natalia Portman steps out seemingly with a baby bump in Sydney.”

“Hey. So I’m totally not pregnant…” Portman wrote on Friday alongside the snap, before adding, “But apparently it’s still OK in 2021  for anyone to speculate and comment on a woman’s body shape whenever they want? Do better.”

Portman is currently in Australia filming Thor: Love and Thunder. The Oscar winner may not be pregnant but she is mother to two children — 8-year-old son Aleph and almost-4-year-old daughter Amalia — with husband Benjamin Millepied. 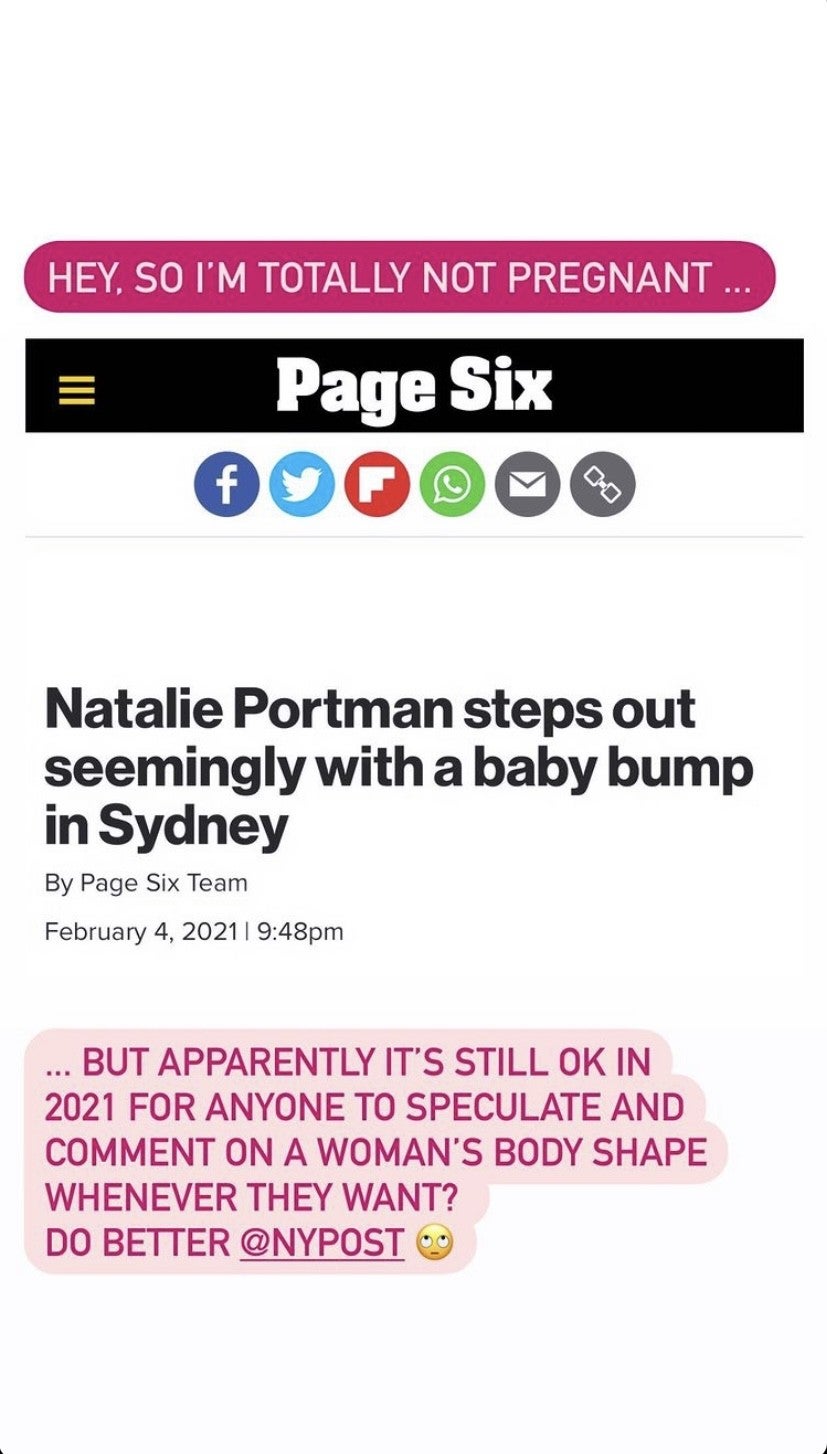 The actress rarely shares photos of her little ones. However, she did share a sweet snap on Instagram of the three of them taken by her husband back in May.

Back in October, Portman chatted with Jimmy Fallon on the Tonight Show about her return to the Marvel franchise.

“I’m playing the Mighty Thor. There were some of the graphic novels where Jane Foster becomes Thor,” Portman explained of her previous role as astrophysicist Jane Foster. “It’s going to be really silly and funny and great. We’ve got [director] Taika Waititi. He’s wonderful, so I’m very excited.”

As for the biggest challenge she was facing while preparing for the role? It’s getting into shape.

“I’m trying. I’ve also had months of pandemic eating baked goods and lying in bed and feeling sorry for myself, so I’m super tired after working out and during and dreading before it,” she said.

Meanwhile, Portman isn’t the only celebrity who has had to slam pregnancy rumors. Dua Lipa, Khloe Kardashian and Behati Prinsloo are among the ladies who recently had to shut down speculation. See more below.

Tags: natalie portman, News
You may also like
Celebrities News