Naga Munchetty has been married to her husband James Haggar for 13 years after the couple tied the knot in 2007. The BBC Breakfast host recently took to Twitter and admitted she was “staying out of it” after she explained her other half didn’t appear too impressed with the football.

The 45-year-old took to the micro-blogging site and asked fans if they too were experiencing the same issues in their household while watching a Premier League match.

In view of her 239,000 followers, Naga penned: “Anyone else in the house with an agonised #THFC fan?”

Tottenham Spurs fans were seemingly frustrated after a series of missed goal opportunities during the game. 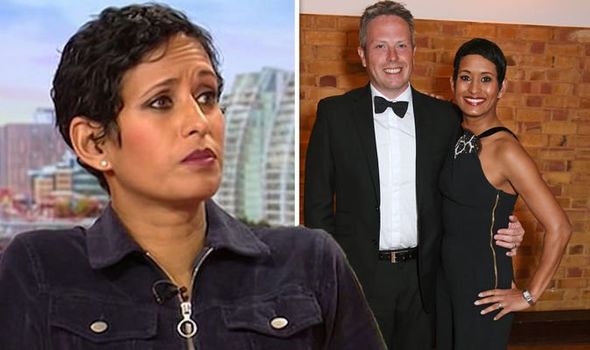 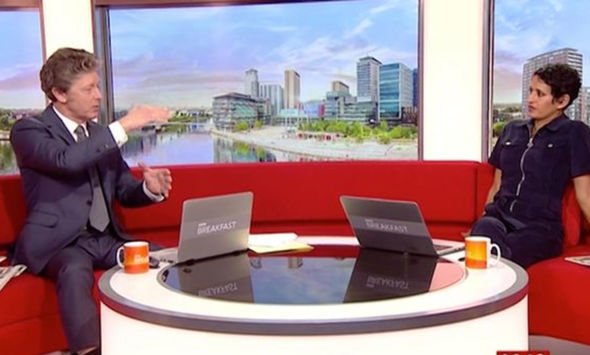 But to fans delight, just after halftime Harry Kane managed to score a goal which added some relief to the Munchetty and Haggar household.

Presumably, the star’s husband didn’t remain in anguish for long, as the Spurs football club went on to defeat West Brom with a 2-0 win. 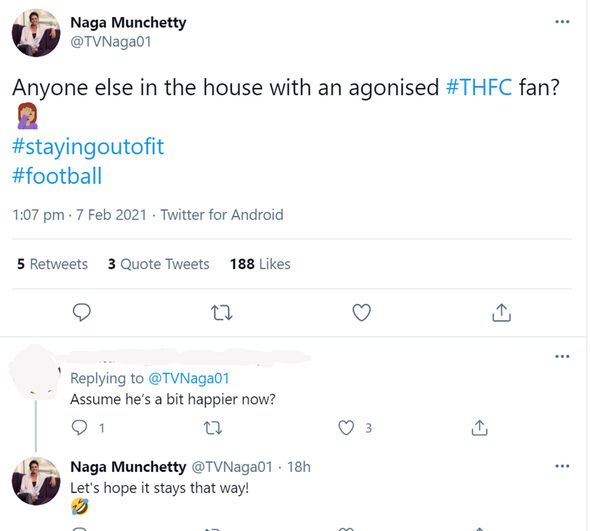 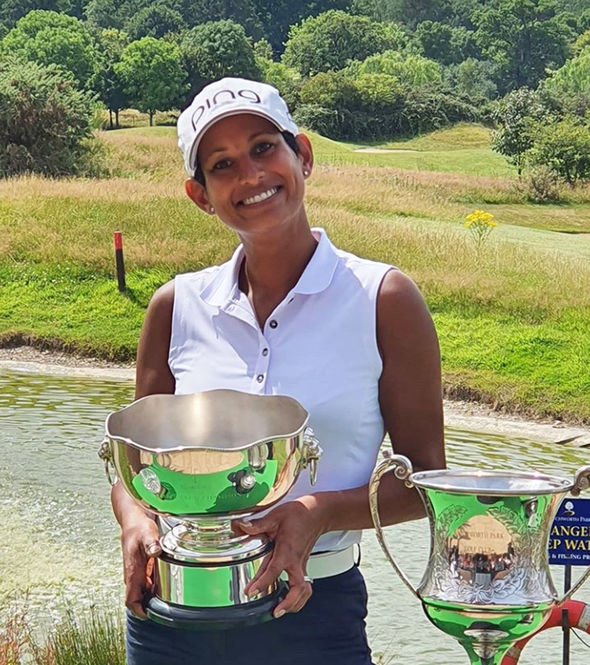 Another person commented: “The agony’s over for now. We’re now a much calmer and relieved household!”

While a third echoed a similar sentiment, saying: “I went upstairs and watched a film so he could rant and rave on his own! He is a happier bunny now…”

Naga has previously shared an insight into her home life with broadcast consultant James.

The BBC Radio 5 Live presenter insisted that she and her partner rarely argue as she gushed over her “lovely man”.

“James and I don’t row, and he’s a lovely, lovely man, he’s definitely the better half,” Naga told Her Spirit Podcast.

The TV anchor also shared insight into her relationship as the presenter shared the couple’s communication style.

Speaking with psychotherapist and author Philippa Perry on Radio 5 Live, she encouraged listeners to avoid using less accusatory phrases such as “you always” in a bid to avoid heated arguments.

In response, Naga replied: “I think also it’s really easy as a couple to look at other couples or TV couples and think, ‘That’s the way to do it.’

“The way me and my partner speak is really succinct, just because of the jobs we do.

“We’re both in TV and have to be really succinct in everyday life and that’s how we’re used to talking to each other. Others may think, ‘Oh, they’re a bit rude to each other’, but we’re not, it’s just how we communicate.”

BBC Breakfast airs daily on BBC One at 6am and Naga Munchetty on BBC Radio 5 Live airs Mondays to Wednesdays at 10am.