The Chinese superstar—who plays the titular hero in Disney’s upcoming live-action remake—turned heads in a glittering Elie Saab couture gown, complete with metallic phoenix motifs, a sweetheart neckline, and a dazzling train. Fans might consider Mulan more of a warrior than a Disney princess, but Liu went for the full regal effect in her shining, frothy ensemble. To top it off, she accessorized with Chaumet jewelry. 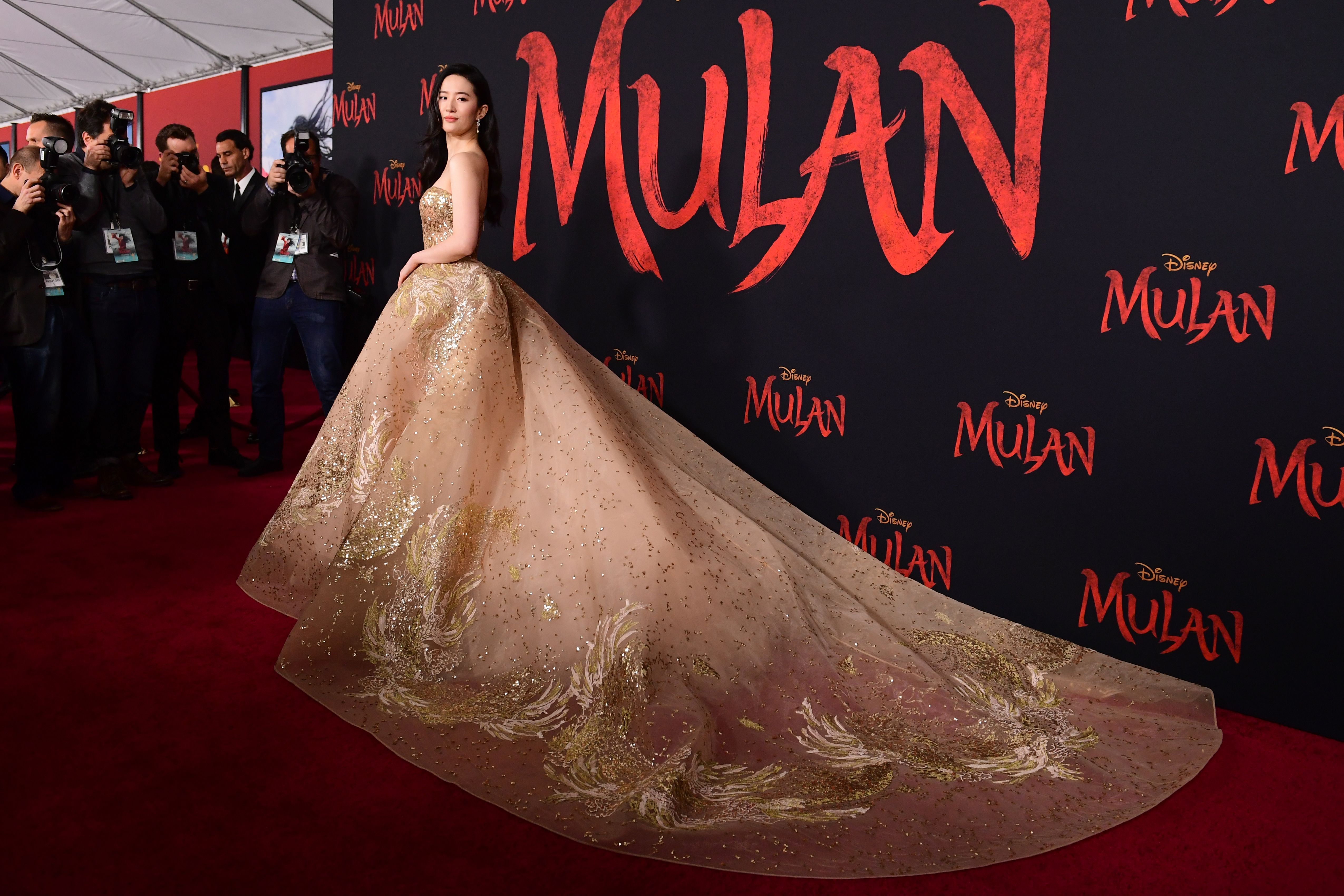 Liu explained the significance of the phoenix print to USA Today. “They are my inspiration for the movie. It’s a symbol of Mulan’s spirit,” she said. “It’s something meaningful.”

But the frock wasn’t exactly easy to move around in. “It’s a very big dress. It’s very hard to walk in it,” she added. Indeed, the dress was so massive, it required a few helpers to get situated on the red carpet. 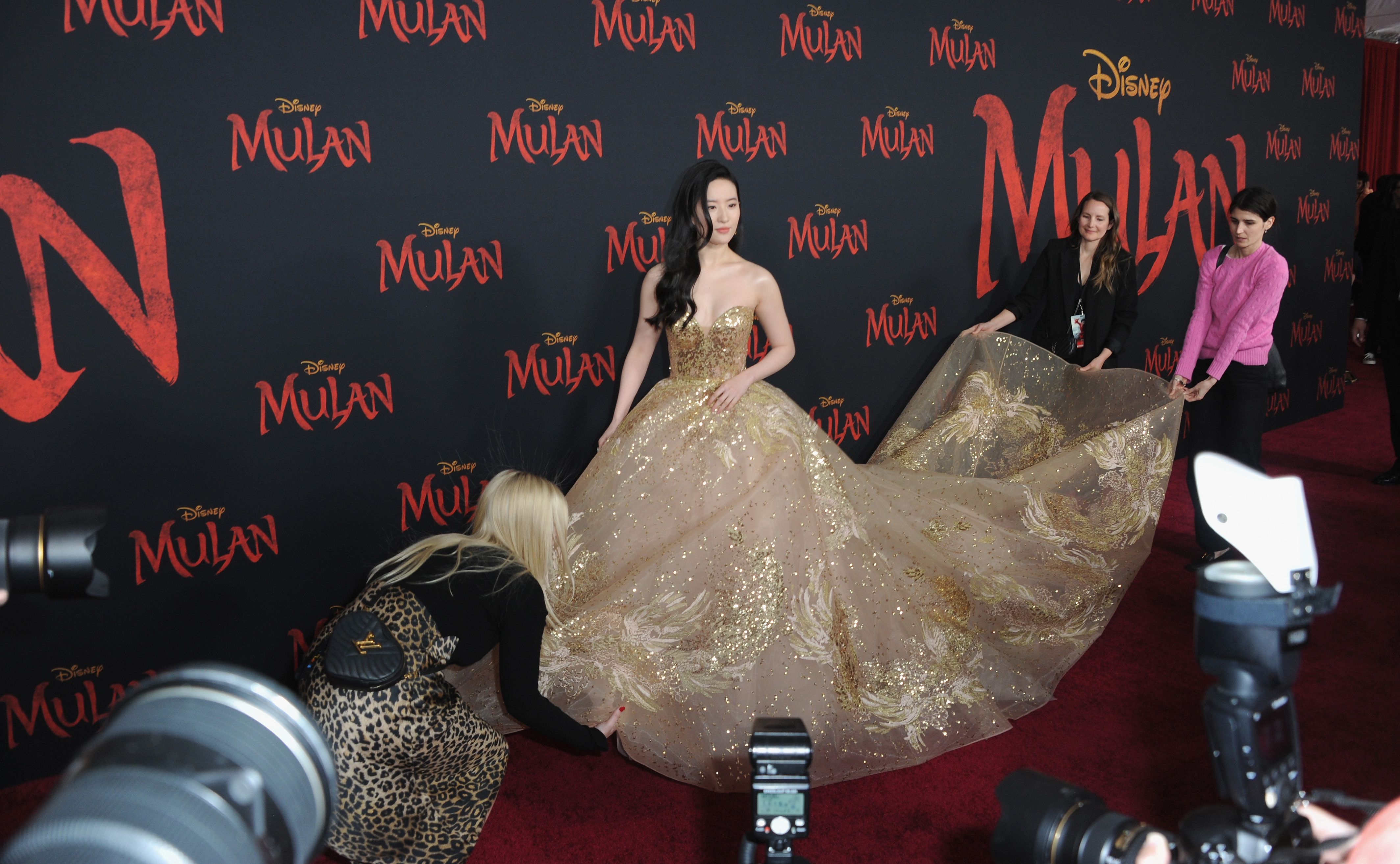 And, as if one golden dress wasn’t enough, Liu wore another gilded number inside for the ceremony, this time by Zuhair Murad. The plunging dress was covered with beaded embellishments and a sheer cape. 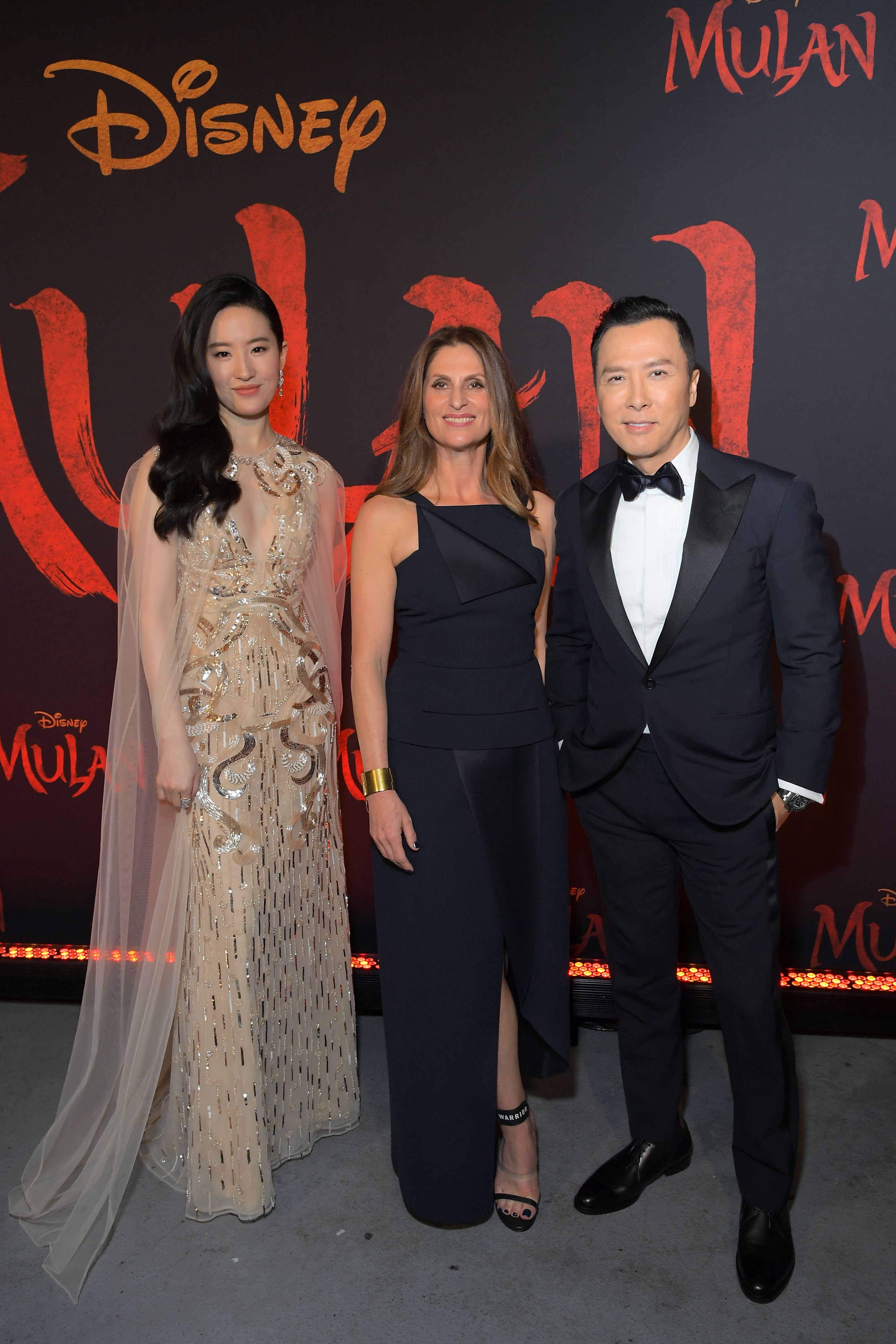 Let’s not forget the OG Mulan, Ming-Na Wen, who voiced the character in Disney’s original 1998 animated film. The actress, who recently starred in Agents of S.H.I.E.L.D. and The Mandalorian, impressed in a floral Mark Zunino gown and Erica Courtney jewels. 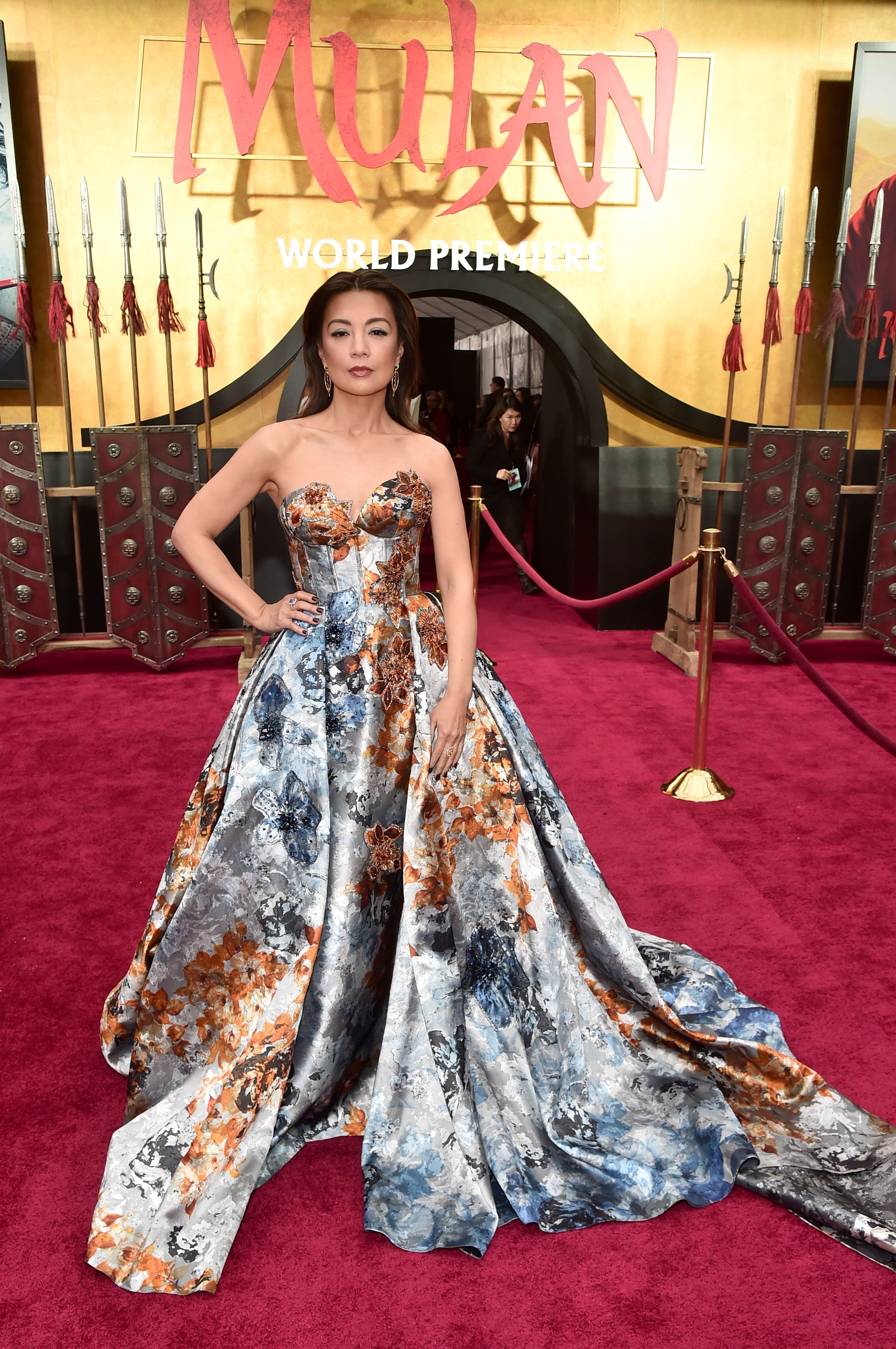 For Liu, being cast as Mulan “was like a dream come true, a beautiful dream,” she previously told The Hollywood Reporter. Director Niki Caro and her team considered thousands of actresses for the part, according to the outlet, but they ultimately chose Liu because of how she thrived through the physical aspects of the role, which are not to be scoffed at, considering this adaptation is a full-blown, action-packed war movie. Liu “never complained once, never said, ‘I can’t.’ She went to her limits,” Caro said. The actress spent three months training for the part in New Zealand.

Mulan arrives in theaters on March 27.