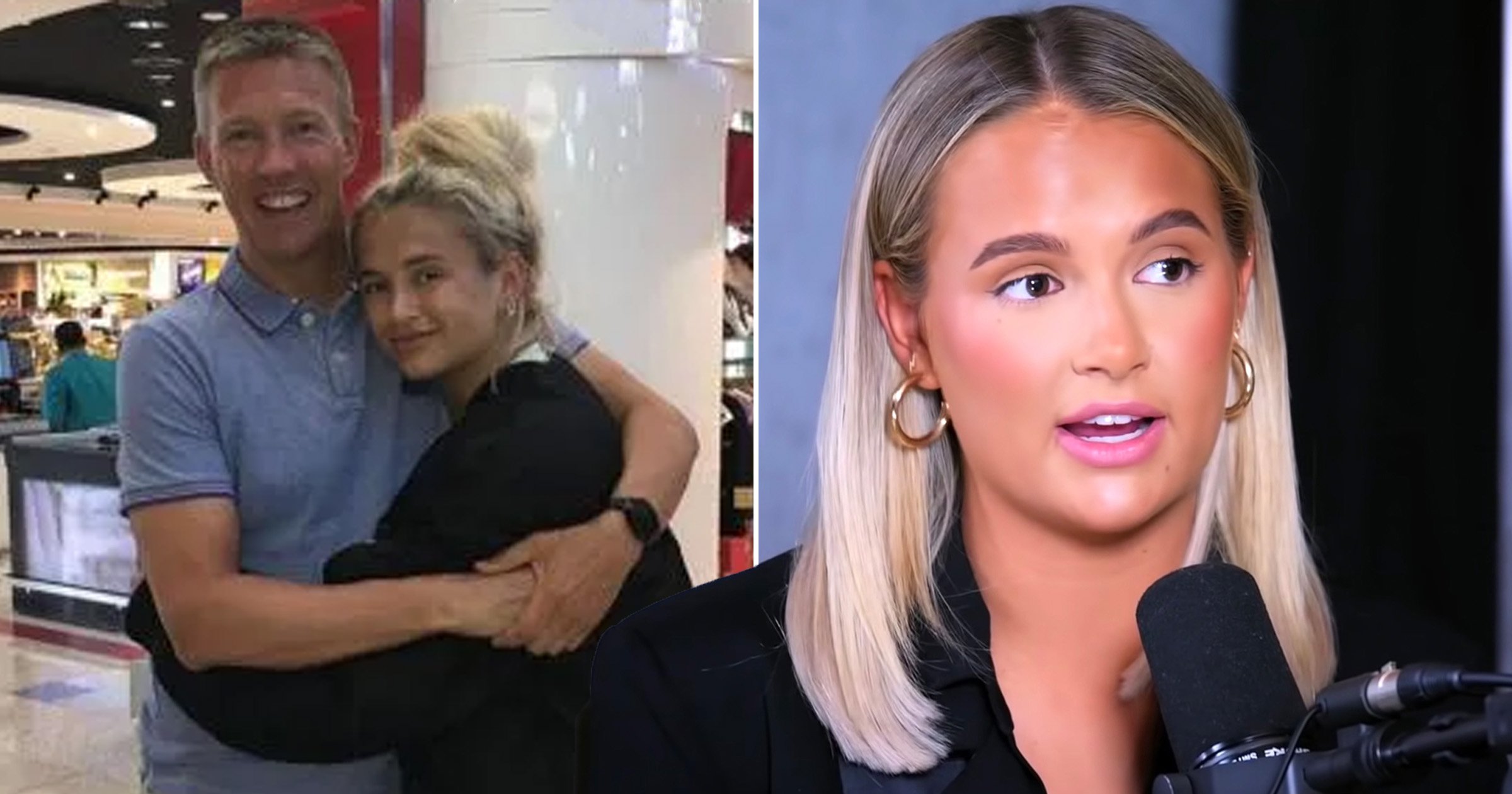 Molly-Mae Hague’s dad Stephen Hague has spoken out in her defence after comments she made on a podcast went viral, but fans have been left divided.

The police officer shared a long message about social media stars who have been ‘driven to death’ after being relentlessly attacked online, but the inclusion of another influencer who had previously posted racist Tweets riled fans.

Molly, 22, had gone viral for comments about having ‘the same hours in the day as Beyoncé’ were taken out of context from her appearance on the Diary of a CEO podcast, in which she spoke about ‘working her a**e off’ to achieve success.

In the same week, influencer Elle Darby, 26, had also been under fire after past racist Tweets had been unearthed, for which she took to social media to apologise.

In a lengthy post, Stephen first spoke about Elle before defending Molly, writing per The Sun: ‘It must be tough for the media stars, influencers and public figures. Especially the younger ones who are still learning the emotional rollercoaster of life.

‘It hurts me to see people literally driven to death by cruel comments of people who don’t know the individuals and hide behind a keyboard often on fake accounts, cancelling someone for something 5,6,7 or 10 years ago, when a child is profoundly naïve and shows a real lack of emotional intelligence.’

He added: ‘Then attacking people for a sentence made as part of an interview taken out of context – I wouldn’t mind but the CEO of Netflix appeared on a podcast called “the same 24hrs” on which many well respected business leaders have appeared – not attacked or cancelled.

‘I think the context of Molly’s words fit better with the title of that podcast “we all have the same 24 hours in every day. But it’s how we USE those 24 hours that makes the difference in our health, happiness and success” – but what do I know.’

Fans tweeted: ‘So Molly maes dad has now defended Elle Darbys horrible comments? Im sorry but how does she still have 6.2 mill followers after being this controversial????’

Others added: ‘Molly Mae’s dad really coming to defend Ellie Darby and classing her rife racism as naive is disgusting. We don’t need an opinion from a white male police officer. Not a good look for Molly Mae either. What a mess.’

Another commented: ‘Molly mae ur dad has the same 24 hours as Beyoncé and he choose to spend it like this ? Tut tut.’

Molly-Mae had issued a statement after the snippet of her interview went viral, telling her followers: ‘I wanted to come back online today as normal but I feel like before I do I just wanted to say this…

‘When I say or post anything online, it is never with malice or ill intent. I completely appreciate that things can affect different people in different ways however I just want to stress that I would never intend to hurt or upset anyone by anything I say or do.

‘I apologise to the people that have been affected negatively or misunderstand the meaning of what I said in the podcast, the intentions of the podcast were only ever to tell my story and inspire from my experience. Love to you all, always x.’

Elle and her fiancè Connor Swift had also both apologised for racial slurs they had used in the past, writing: ‘Christmas and New Year are traditionally a time for reflection and as such we decided to take some time to look through both of our histories on social. We are ashamed to admit that we did not like what we found.

‘The both of us were shocked, surprised and devastated by some of the language used in our very old tweets in particular over a decade ago.

They continued: ‘These comments are not a reflection of who either of us are as grown adults, nor who we were at the time they were made, and do not align with what we stand for.

‘We are beyond angry at ourselves and ashamed that our behaviour will have been hurtful to some of you who have supported our family for so long. We can only wish for your forgiveness.’