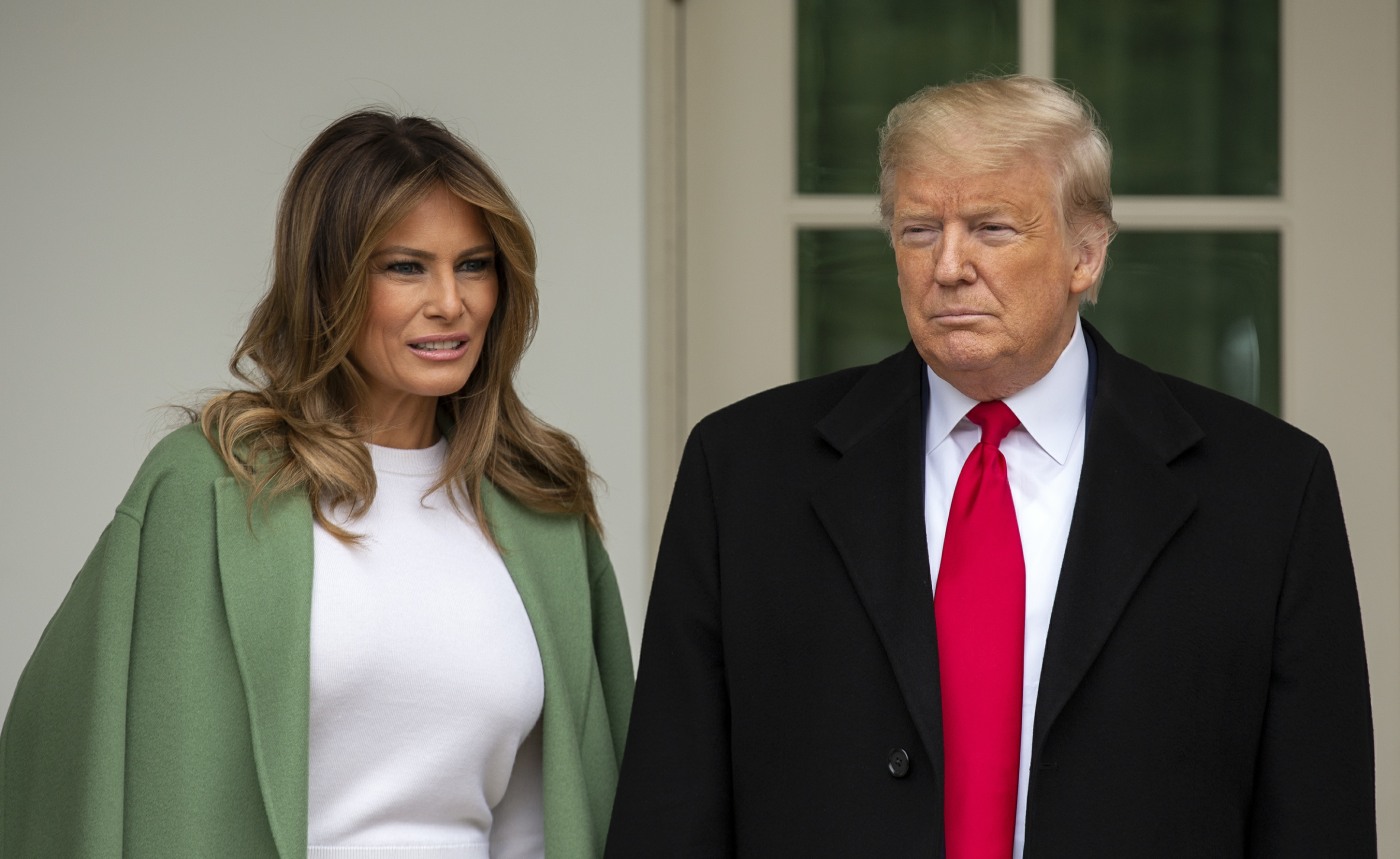 The only story I’ve written about Melania Trump in the past four or five months is this one written less than two weeks ago, about Mel’s precious White House Tennis Pavilion. Mellie Antionette was giving American taxpayers an update on how their tax money was being spent, on a tennis court and pavilion on White House grounds, which will only be used by her and what I can only assume is a buff tennis instructor. When people called her out, she got so salty and defensive and it was sort of funny and sad. Anyway, the point is that Melania is just a disgusting person and as First Lady, she has provided no comfort or support during a time of national and international crisis. Now we’re supposed to be grateful, I guess, that Melania is going to do some PSAs about the ‘rona.

The White House has found a new messenger to communicate the coronavirus crisis to the public: First Lady Melania Trump. After largely distancing herself from husband Donald Trump’s presidential agenda, the First Lady is now pitching in to help the Trump administration’s coronavirus response, which has ramped up in recent days as the president has finally realized the enormity of the rapidly-spreading pandemic. The White House announced Wednesday that Melania will be one of several administration and public health officials who will appear in new nationwide public service announcements, which will educate Americans on how to protect themselves and others against Covid-19.

The White House’s PSAs will be nationally broadcast as part of a partnership with the Ad Council and major media networks and platforms, which the White House said Wednesday will “benefit high-risk populations and the general public with public service announcements (PSAs) around social distancing, personal hygiene, and mental health.” In addition to the First Lady, PSAs “communicat[ing] the most important ways Americans can protect themselves and those most at risk” will also be delivered by the coronavirus task force’s top medical professionals, Dr. Anthony Fauci and Dr. Deborah Birx, along with Surgeon General Jerome M. Adams and other administration officials.

Melania’s new public role in the coronavirus crisis comes after the First Lady had previously drawn scrutiny for appearing to ignore the rapidly-escalating public health emergency. The First Lady declined to mention coronavirus at all during a March 10 speech for the National PTA Legislative Conference, despite addressing an audience of parents and educators right as schools and universities were starting to close amid the outbreak. “At least empathize. Or act like you can empathize even if you can’t!” Shanda Ross, vice president of the Georgia PTA, told the Washington Post. “But for there not to be any acknowledgment at all about it, I can truly say that was probably perceived as a slap in the face.”

The failure thus far to use Melania’s “Be Best” campaign to respond to the coronavirus has also become a source of contention, given the initiative’s emphasis on children’s health and well-being. “I think this would be a great time to remind Americans about the ‘Be Best’ campaign,” Katherine Jellison, an expert on first ladies and history professor at Ohio University, told CNN. “She could remind the public, especially youngsters, that in times of stress, kind words to one another are a national duty.” More broadly, First Women: The Grace and Power of America’s Modern First Ladies author Kate Andersen Brower told CNN, the nonpartisan nature of the coronavirus pandemic makes it the key sort of national crisis in which a First Lady should be taking a more public-facing role. “[The coronavirus pandemic] is an anxiety-producing situation we’re faced with and the First Lady should see it as her job in this difficult time for the entire country to exude warmth, empathy, and to share helpful information with children and parents specifically in mind,” Andersen Brower said.

So, basically, a million commentators, historians, public health experts, early-childhood specialists and MAGA minions all agreed that this vapid trophy wife needed to get off her ass and start pretending to give a sh-t for a few minutes, long enough to record a couple of PSAs. I imagine Melania being dragged kicking and screaming to the PSA set. That’s what it feels like. Oh, and the White House Easter festivities have been canceled too! F–k it, Melania is probably going to camp out this quarantine at Mar-a-Lago.

Incidentally, since we’ve all had more time to chat with neighbors (while staying six feet apart), I chatted with an eldery neighbor a few days ago and this older lady cannot STAND Melania. My neighbor is so mad at Mel, she won’t even say her name. My neighbor just calls her That One. 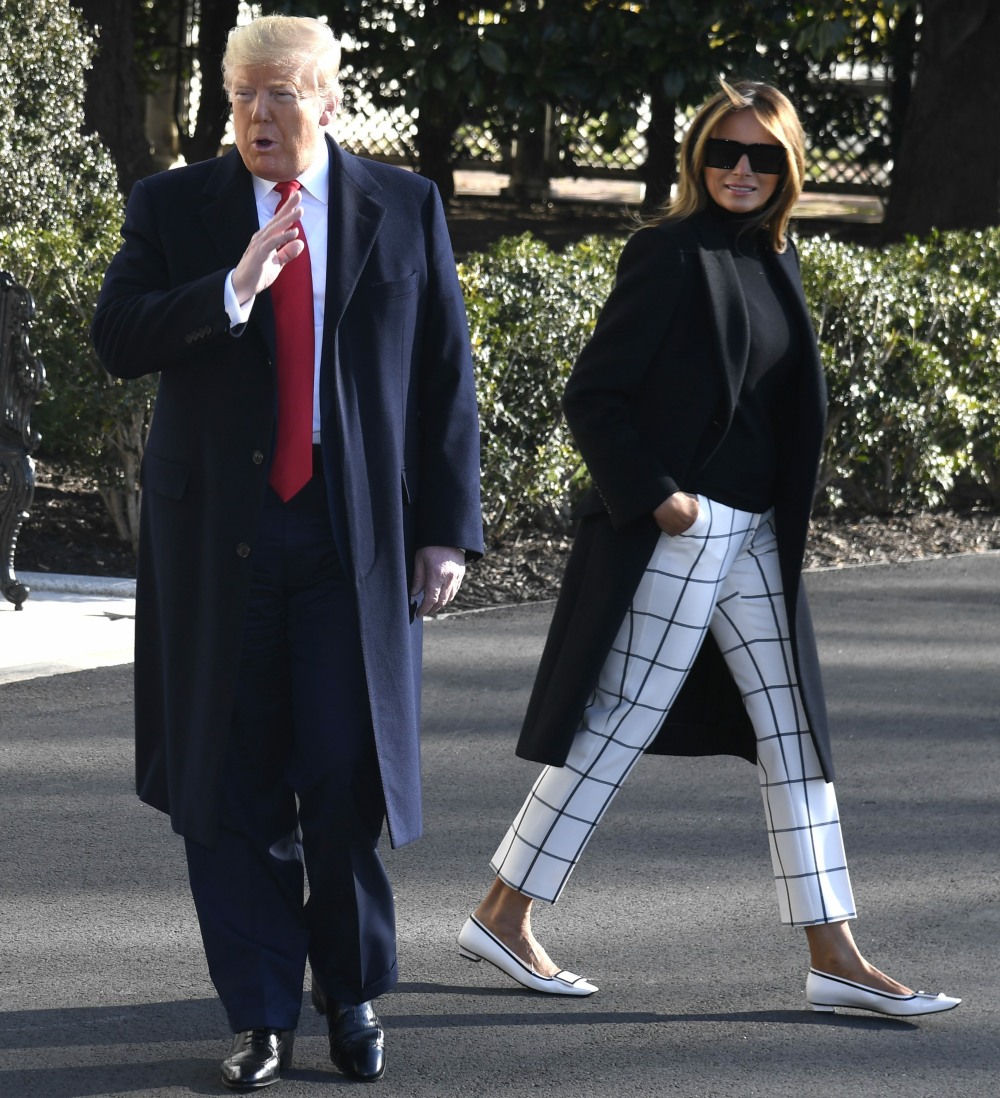