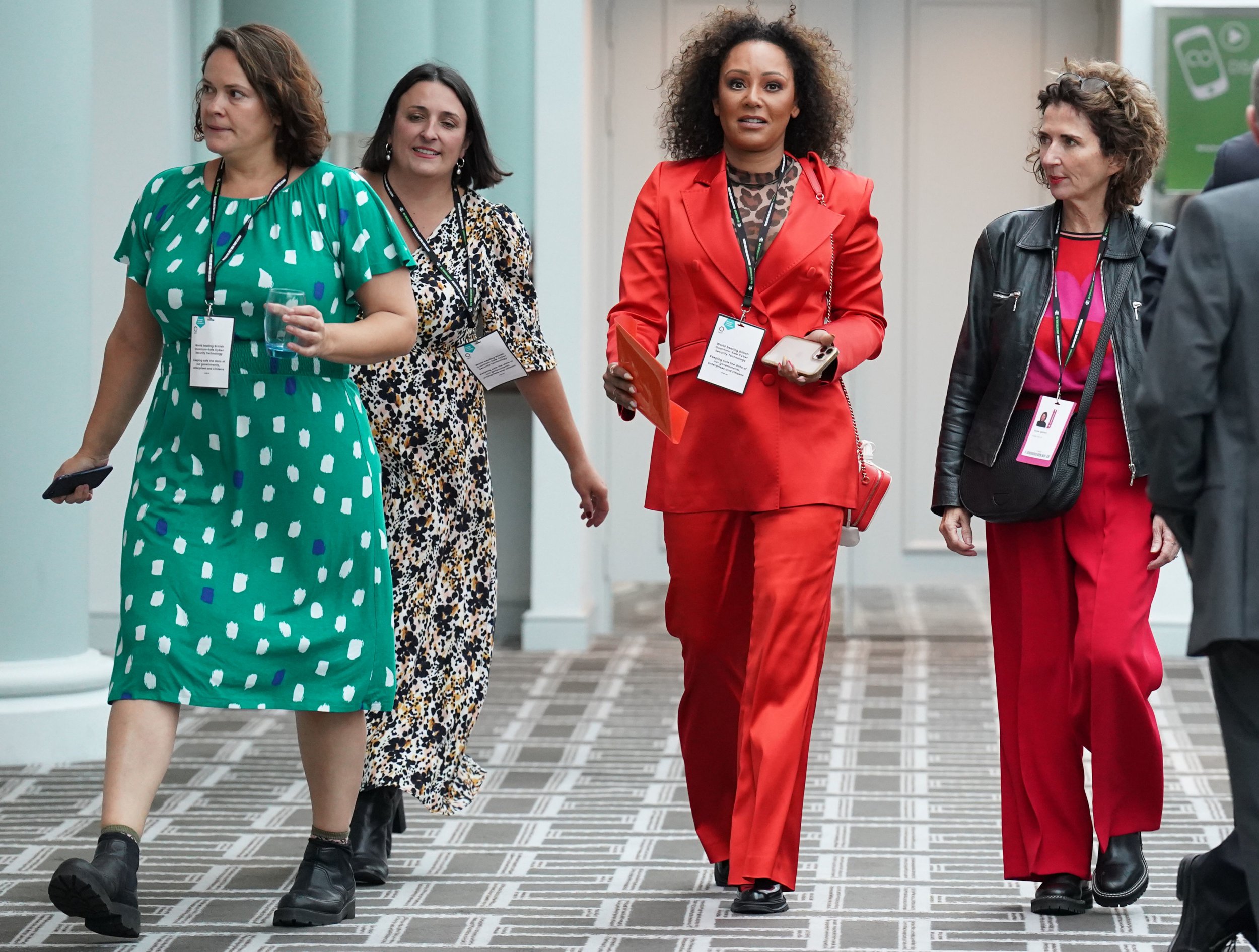 Mel B joked she was the ‘last person’ people would expect to attend the Conservative Party conference, where she pleaded with the Government for domestic abuse reform.

The Spice Girls singer made an appearance at the Tories’ annual conference in Birmingham on Sunday, which will also see Prime Minister Liz Truss face scrutiny over the tax cuts in the mini-budget.

Donning a red power suit, Mel, 47, delivered a heartfelt speech recalling her own experience with domestic abuse in a bid to appeal to the Government to make changes to the judicial system and provide more support for survivors of domestic abuse.

Earlier this year, the popstar received an MBE from King Charles III following her incredible work with the Women’s Aid charity.

Addressing her audience at the conference, Mel quipped: ‘I’m probably the last person you would expect to find at a Tory party conference’.

The Wannabe singer explained that she had been in an abusive relationship for 10 years but ‘kept it a complete secret’.

‘I went on tour with the Spice Girls, I was a judge on America’s Got Talent – voted best judge, if you can be voted the best judge on a TV show,’ she explained.

‘I put on a smile for the cameras because that is my job and I know I am really good at it as well.’

Mel recalled how she became isolated due to the abuse, unable to access her money, left without a support network and also attempting to take her own life.

She said: ‘I couldn’t pick up the phone to call my mum, my friends, I didn’t have access to anything, and you think, well, Spice Girls are all about girl power, but let me tell you, when these abusers get their hooks into you, there is no way out, really – so you think.’

After seven previous attempts and the death of her father, Mel was eventually able to successfully leave the toxic relationship.

Mel, who is calling for better support through the health service and court system for domestic abuse survivors, added: ‘Every judge I have come across looks in complete horror like, “Well, you look put together, you look all right, what is wrong with you?”

Home Office minister Mims Davies addressed the issue during the fringe event, and said that the Government was trying to encourage a ‘whole societal attitude to change’, as well as teaching men and boys to recognise abusive behaviour.

Ms Davies said: ‘As the minister for safeguarding, I have got a fairly big inbox and this is absolutely one of the crucial ones.

‘Let’s say no to tolerance on this. This is criminality in homes. It is time that we really push on and help women to move forward from this, and there is no opportunity for people to find tolerance at long last.’

In July, Mel told Metro.co.uk about the moment she finally felt free of ‘shame’ after coming forward with her experience of domestic abuse.

If you are in immediate danger call 999. If you cannot talk, dial 55 and the operator will respond.

For free and confidential advice and support for women in London affected by abuse, you can call Solace on 0808 802 5565 or email advice@solacewomensaid.org.

Alternatively, the Men’s Advice Line can be reached at 0808 8010327, or emailed at info@mensadviceline.org.uk.