Madonna’s mini-me daughter Lourdes Leon has proudly put her armpit hair on display, after being trolled by bullies online throughout the years.

Lourdes Leon, 25, has stunned on the cover of Interview Magazine, putting her body hair on display while rocking a slew of stunning outfits — see all the gorgeous pics here. The daughter of Madonna donned a yellow wrap dress with a super high slit, lifting her arms above her head to show her armpit hair. In other snaps, she wore a red gown featuring some serious cut outs, and a long-sleeved pale green mini dress, which appeared to be made of a knit material. As for her glam. Lourdes had super long pink nails, blue eyeshadow with dark eye liner, and her raven tresses styled in a sleek blowout. 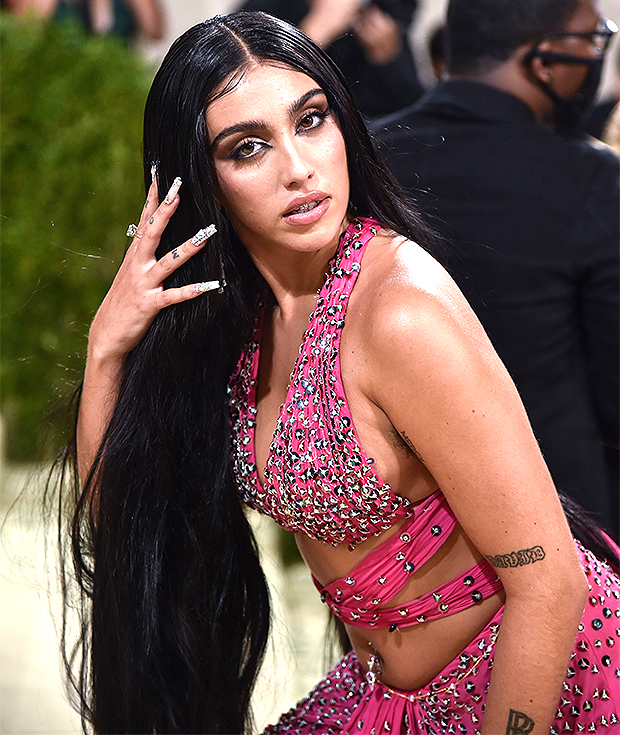 She didn’t just stun on the cover, however, she also opened up to actress Debi Mazar during a Q&A with the outlet, which was published on October 14. Although the totally showed up and showed out at the 2021 Met Gala on September 13, Lourdes revealed she felt out of place. “I’m really grateful to have been able to go. Maybe because it was my first time, but it felt crazy,” she recalled.

“You’re just shoved into a room with all these famous people and you’re supposed to talk to them and be their friend, even though you don’t f***ing know them. That’s not my vibe.” She continued, “I’m sure it’s fun if you’re someone who is friends with a lot of famous people, but I’m not. I didn’t know who the f*** to talk to. I felt so awkward that I literally called my boyfriend in the middle of it, but the dinner was fine. I mean, I was sitting with Jeremy O. Harris, who I love, and Irina Shayk, who I love a lot. She’s so funny.” On the red carpet, she cut a stunning figure in a bright pink dress inspired by Cher, which also exposed her armpit hair. 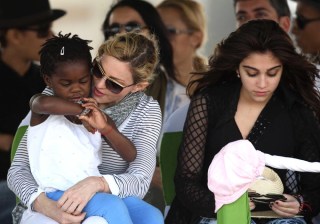 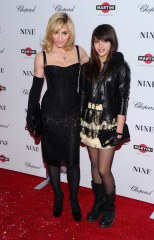 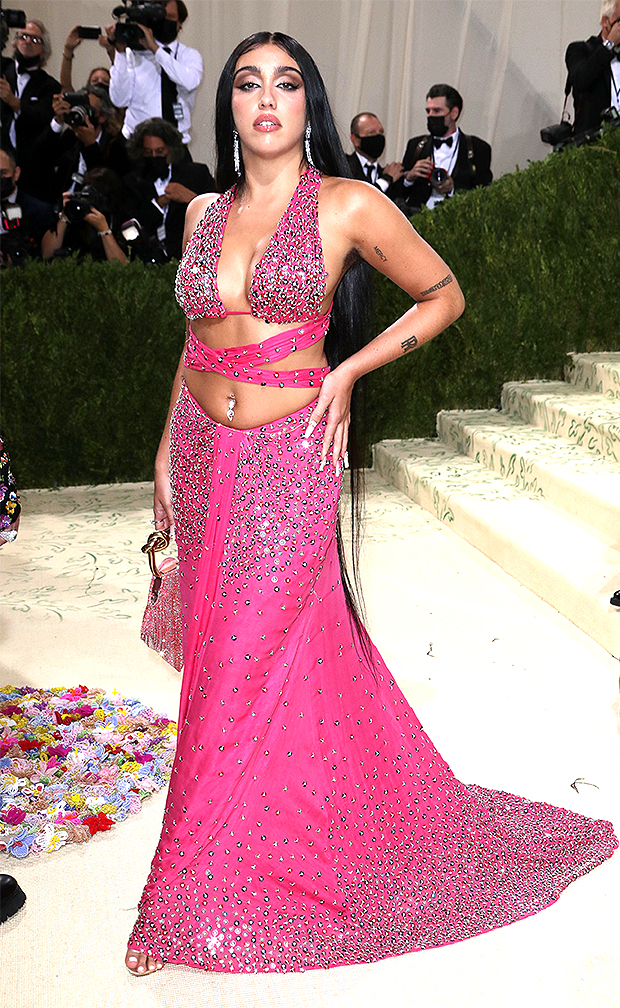 Later in the piece, brunette beauty also spoke about growing up with privilege, as a result of her mom’s status. “We don’t get any handouts in my family,” the University of Michigan grad told the outlet. “Obviously, I grew up with extreme privilege. There’s no denying that. But I think my mom saw all these other kids of famous people, and she was like, ‘My kids are not going to be like this.’ Also, I feel like if your parents pay for things, then it gives them leverage over you. My mom is such a control freak, and she has controlled me my whole life. I needed to be completely independent from her as soon as I graduated high school.”

Tags: Lourdes Leon
You may also like
Celebrities News