TV star Lorraine Kelly, 60, received a message from a concerned viewer via Twitter today. An eagled-eyed fan reached out to the star on social media after noticing she had a “swollen eye” during her latest appearance.

“What’s happened to your eye sweetie, it’s rather swollen?” the person wrote online following the programme.

Lorraine revealed that she had an accident while applying her make-up, when she replied.

“A wee accident with the mascara wand this morning but I’m fine,” she reassured. 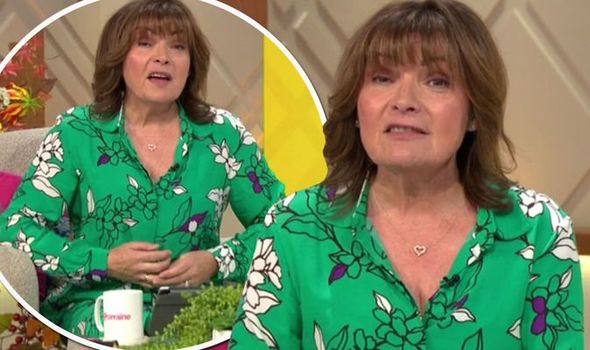 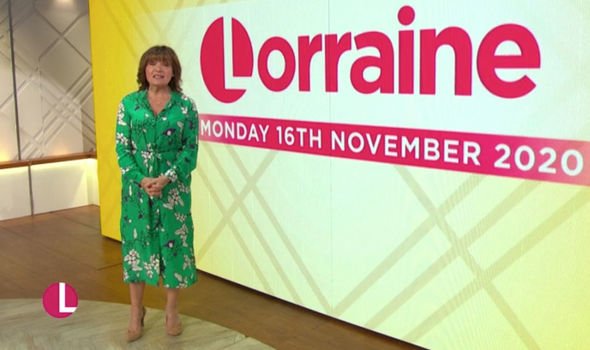 “We’ve all been there!” one sympathetic follower remarked in the comments section of the post.

“I noticed your eye this morning, thought you might have a sty,” another user added.

This morning Lorraine looked radiant when she presented the show from the studio as normal.

The mum-of-one wore her brunette tresses to her shoulders in their signature bouncy style and sported make-up in complementary tones. 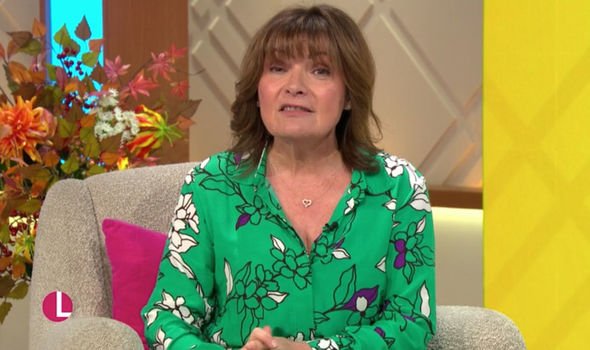 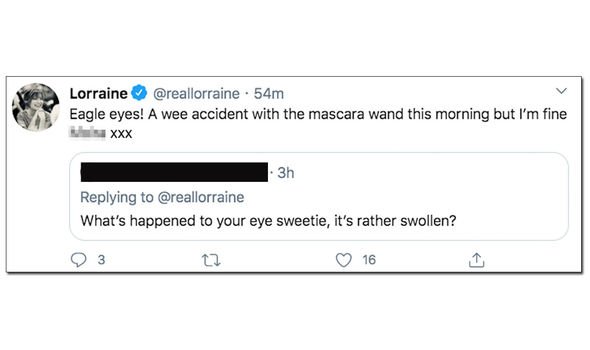 Lorraine opted for a green floral shirt dress, which nipped in at the waist for her stint on TV.

She teamed the number with a pair of beige heels.

Earlier in the day, the presenter said she was looking forward to seeing her ITV co-stars interview Health Secretary Matt Hancock on Good Morning Britain.

He is the first member of the government to appear on the show since April.

“@gmb hopefully Boris next. He can still do interviews in quarantine,” she joked.