Reality TV romances often get a bad rap, but there are some happy couples who are proving everyone wrong! Wonderwall.com is taking a look at some of the longest lasting reality TV couples, starting with a first for the “The Bachelor” franchise… Sean Lowe starred on season 17 of “The Bachelor” back in 2012, and it was pretty clear he had a frontrunner from the beginning — Catherine Giudici — once viewers saw their instant chemistry. Sean became the first ever “The Bachelor” star to marry his top pick (yes, 17 seasons in). They wed in a 2014 TV special and are now the proud parents of three kids — sons Samuel and Isaiah and daughter Mia — providing hope for Bachelor Nation members who dream that true love really can blossom on the ABC franchises. Keep reading for more reality TV couples who’ve kept their love alive…

2009’s season 11 of “Big Brother” featured one of the show’s most famous showmances — Jordan and Jeff! Jordan Lloyd and Jeff Schroeder met in the “Big Brother” house that year and were instantly smitten. Jordan ended up taking home the top prize that year, and the couple competed on the CBS show once more on season 13 and also did a run on season 16 of “The Amazing Race.” They married in 2016 and have two children together, sons Lawson and Layton.

NeNe Leakes and Greg Leakes have been married, despite a few hiccups, since 1997. While they’ve had their fair share of bumps in the road since meeting in 1996 — they divorced in 2011 and remarried in 2013, and Gregg battled cancer in 2018 — they’ve stuck by each other’s sides. They share one son together, Brentt.

“The Real World” can take credit for our next long-lasting couple! Judd Winick and Pam Ling met on the MTV reality series back in 1994 during the show’s third season set in San Francisco. The couple didn’t date originally — they linked up a year later in 1995 and married in 2001. They later welcomed two kids.

Though they were famous long before their stints on reality TV, technically Gwen Stefani and Blake Shelton met on the set of “The Voice”! They were both judges on the show when they started dating in 2015 after enduring painful splits from other music stars. They got engaged in 2020.

And they said it wouldn’t last! No one thought “The Hills” couple Heidi Montag and Spencer Pratt would still be going strong all these years later, but the duo proved everyone wrong. The couple met in 2007, married in 2009 and became love-to-hate villains on the MTV series in the process. They’ve since welcomed a son, Gunner.

“So You Think You Can Dance” is responsible for this next pair — Stephen “tWitch” Boss and Allison Holker met as pro dancers on the popular reality competition show and started dating during its seventh season back in 2010. They ended up getting married three years later in 2010 and now have two kids together, Maddox and Zaia.

Former “The Real Housewives of Orange County” star Heather Dubrow has pulled off an impressively long marriage with plastic surgeon hubby Terry Dubrow. The couple met on a blind double date and married back in 1999 and today have four children together: Nicholas, Maximillia, Katarina and Collette.

“Big Brother” is responsible for our next lasting couple. Brendon Villegas and Rachel Reilly met as houseguests on the popular CBS series back on 2011’s season 13. They hit it off quickly, and Rachel ultimately left the “Big Brother” house with a boyfriend and the top $500,000 prize! They married a year later and have welcomed two children. They’ve also competed on two seasons of “The Amazing Race” over the years.

There must have been a love bug going around on the set of season 13 of “Big Brother” back in 2011! Daniele Donato and Dominic Briones also found love that season and married in 2013. That was the second time she’d competed (she’d previously been on season 8) and in 2020, she was a cast member on season 22 too. Their romance has continued to stand the test of time: They welcomed a daughter, Tennessee, in 2018.

Did you know true love has also been found on “Survivor”? Yep, on 2011’s season 23, “Survivor: South Pacific,” two contestants seemed meant to be from the start. Keith Tollefson and Whitney Duncan both competed for top prize on the reality series, then started dating and eventually married in 2014 — the same year that they competed on “The Amazing Race”!

“The Bachelorette” kicked off with a very successful pairing, Trista Rehn and Ryan Sutter. Trista’s season filmed way back in 2002, and as things played out, it was clear then that she’d found “the one” in Ryan. The couple married the following year in 2003 and eventually had two kids together, Maxwell and Blakesley.

Tom Schwartz and Katie Maloney were already a match made in heaven when they signed on to “Vanderpump Rules.” They started dating in 2010 — two years before Bravo cameras started rolling — and married on the show in 2016. And though viewers have seen their fair share of fighting, it’s clear this reality couple has what it takes to make it. Fun fact: They were introduced to one another by their “Vanderpump Rules” co-star Kristen Doute.

“The Challenge” is responsible for a marriage that’s lasted over 20 years! Yep, “Real World: Boston” alum Sean Duffy and “Real World: San Francisco” alum Rachel Campos met on the show’s inaugural season back in 1998, back when it was called “Road Rules: All Stars.” They wed a year later and are now the proud parents of a whopping nine children!

“Survivor: All Stars” contestants Rob Mariano and Amber Brkich hit it off filming their season back in 2003, with Rob proposing during the finale in 2004. The couple married on a TV special in 2005 and are now the proud parents of four daughters.

MTV’s “Are You the One?” debuted back in 2013, and one of the first couples to come from the show is still together! Yep, Ethan and Amber Diamond met on the show’s first season and married a year later in 2014. Since then, they’ve welcomed two daughters, Scarlett and Serena, and seem happier than ever.

Here’s a long-lasting marriage! “Vanderpump Rules” personalities Lisa Vanderpump and Ken Todd have been married since 1982 — and they tied the knot just three months after meeting each other at a bar Ken owned! The former “The Real Housewives of Beverly Hills” star went on to have a daughter, Pandora, and adopt son Max with Ken, whom she’s still with today.

Kyle Richards of “The Real Housewives of Beverly Hills” continues to have a picture-perfect marriage with hubby Mauricio Umansky. The couple, who tied the knot in 1996, have three daughters together: Alexia, Sophia and Portia. (Kyle also has daughter Farrah from her first marriage to Guraish Aldjufrie.)

Eileen Davidson, who appeared on three seasons of “The Real Housewives of Beverly Hills” over the last decade, has been happily married to Vincent Van Patten since 2003. The couple, who met on the set of “The Young and the Restless,” share one son together.

It seems like the ladies of “The Real Housewives of Beverly Hills” have the best track record for marriages — Lisa Rinna also has had an impressive run with hubby Harry Hamlin. The two, who first met a a restaurant, wed back in 1997 and are parents to daughters Delilah and Amelia.

Nicole “Snooki” Polizzi found love on “Jersey Shore” — though it wasn’t with one of her castmates. The reality TV star hit it off with Jionni LaValle on an episode of season 3 that filmed back in 2010 — and it ended up being the real deal! The couple got engaged in 2012 and married in 2014. They have three kids.

Representing the cast of “The Real Housewives of New Jersey”? Melissa Gorga, who’s been married to Joe Gorga since 2004. They met in Cancun, Mexico, while Melissa was on spring break with her pals, and the rest is history. The couple have welcomed three children since then — Antonio, Gino and Joey.

2009’s season 13 of “The Bachelor” was a roller coaster, with star Jason Mesnick giving Melissa Rycroft his final rose before deciding he should have chosen Molly Malaney. Fortunately, Molly took him back and the rest is history. The couple’s wedding special aired in 2010 and they welcomed daughter Riley in 2013.

We watched Ariana Madix and Tom Sandoval’s romance bloom on Bravo: The couple started dating back in 2014 between seasons 2 and 3 of “Vanderpump Rules.” Tom originally started the show dating Kristen Doute, but it seems he and fellow Sur bartender Ariana were a much better fit.

2007’s “Survivor: China” led to a serious romance between contestants Erik Huffman and Jaime Dugan. The couple fell in love while competing for the top prize on the CBS series and got engaged a year later in 2008. They married in 2009 and welcomed one child together, son Harper. 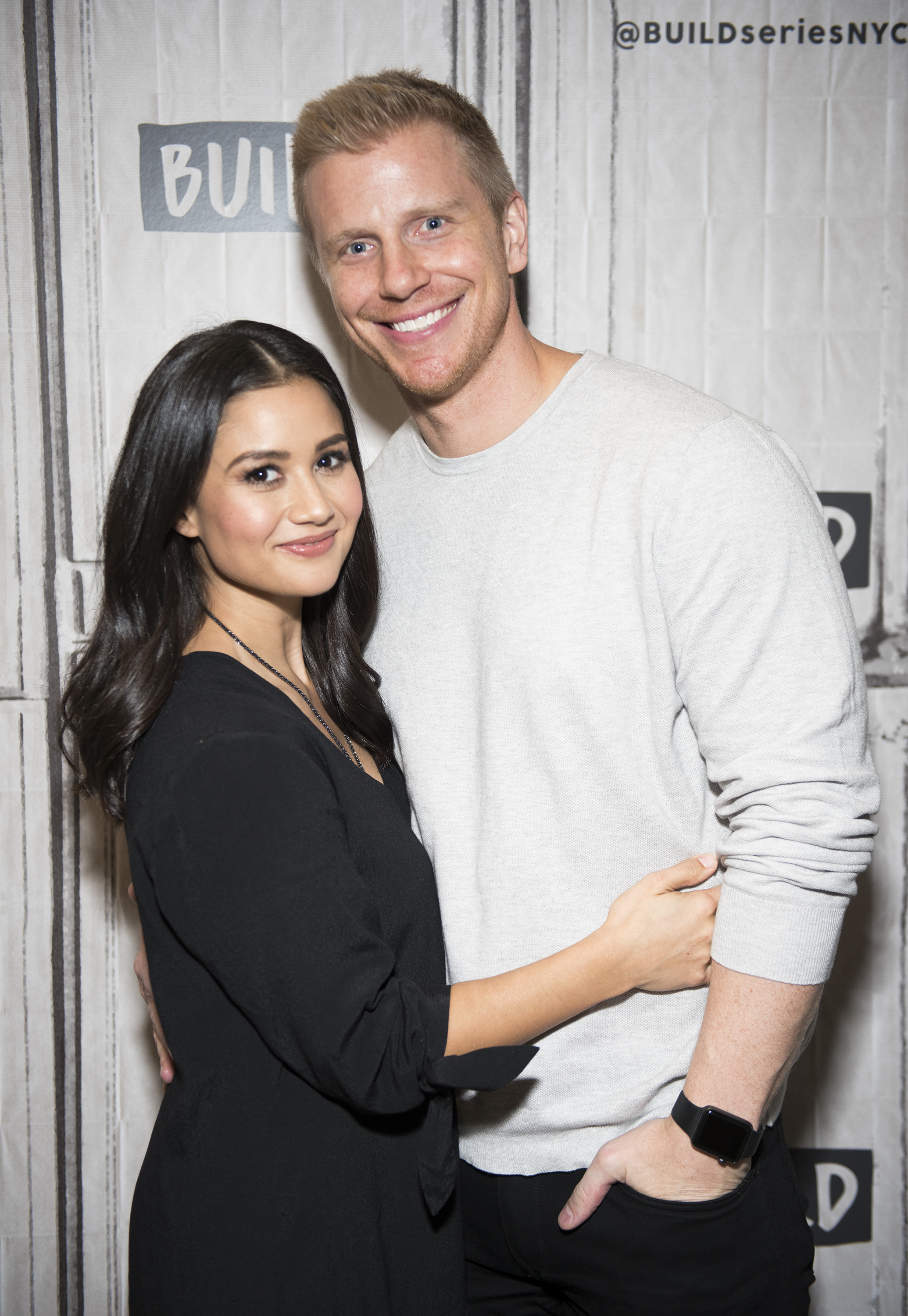 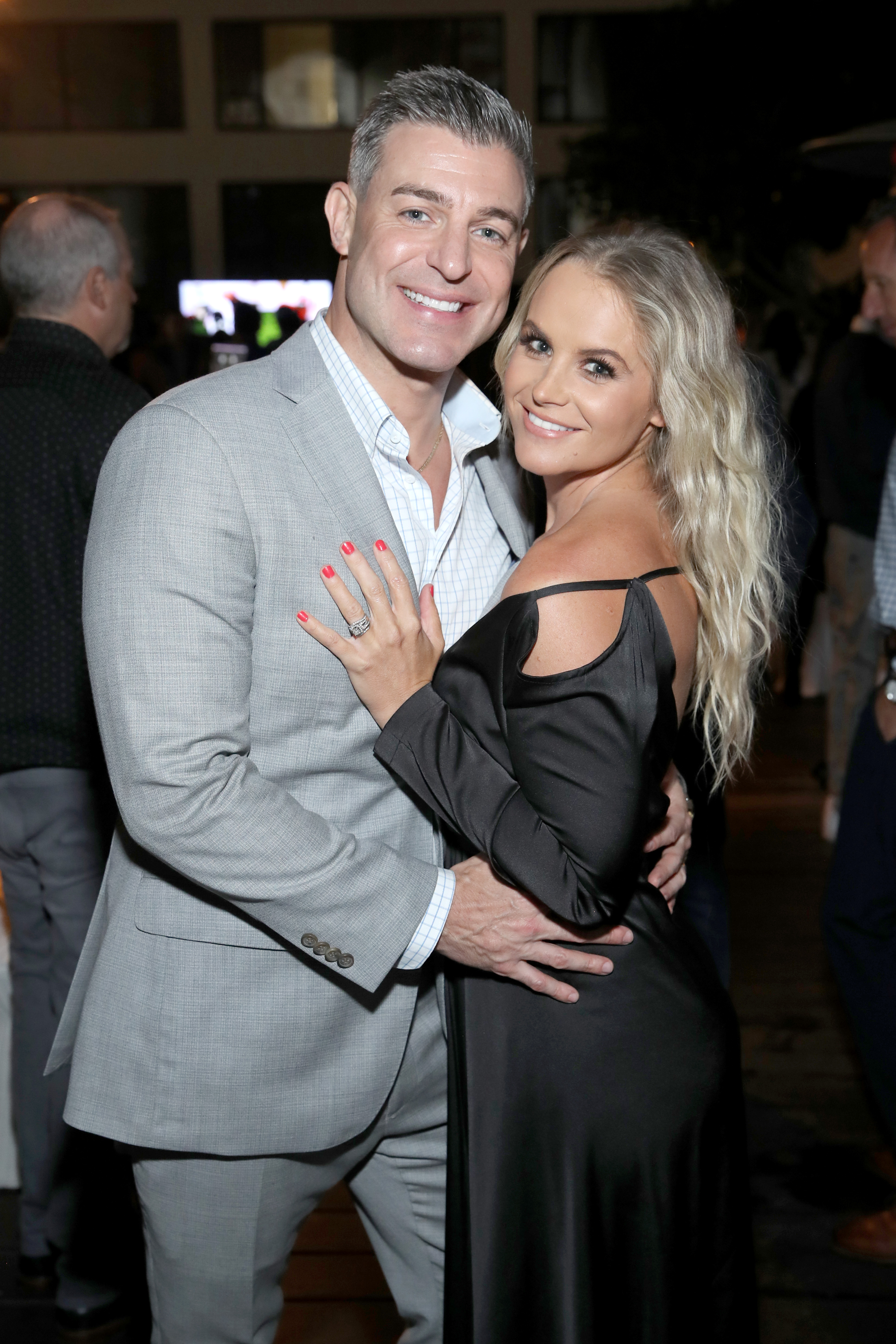 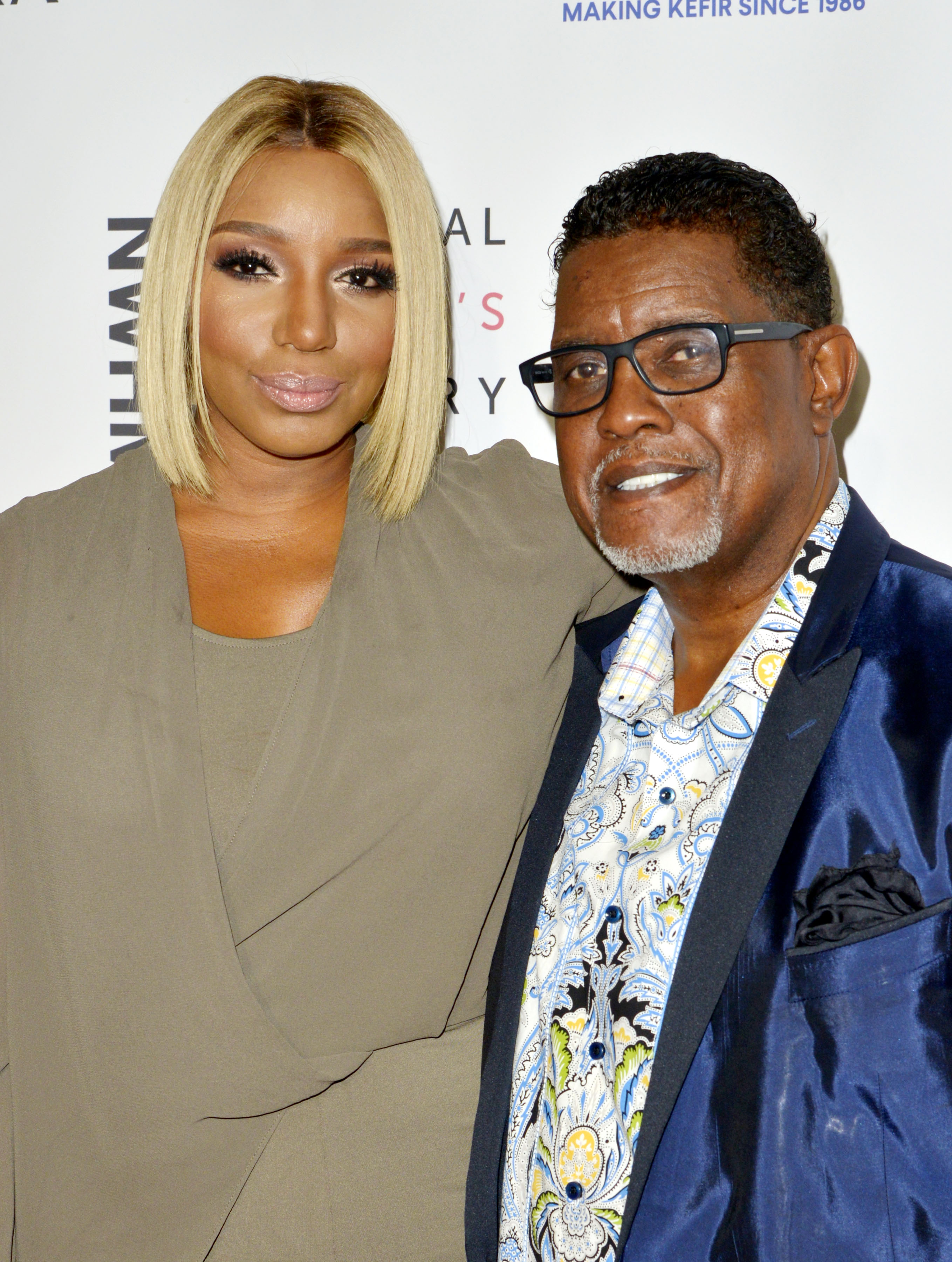 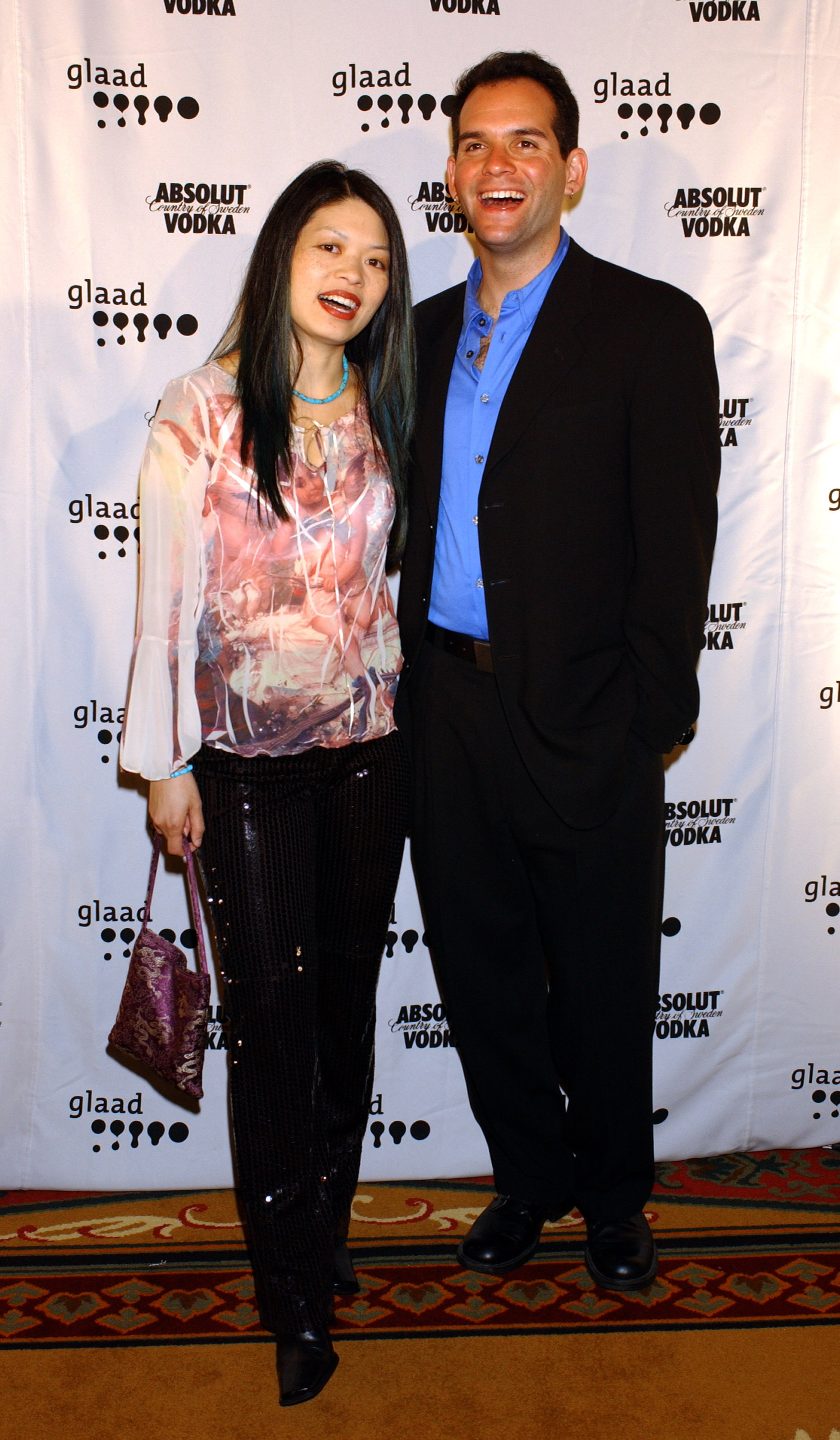 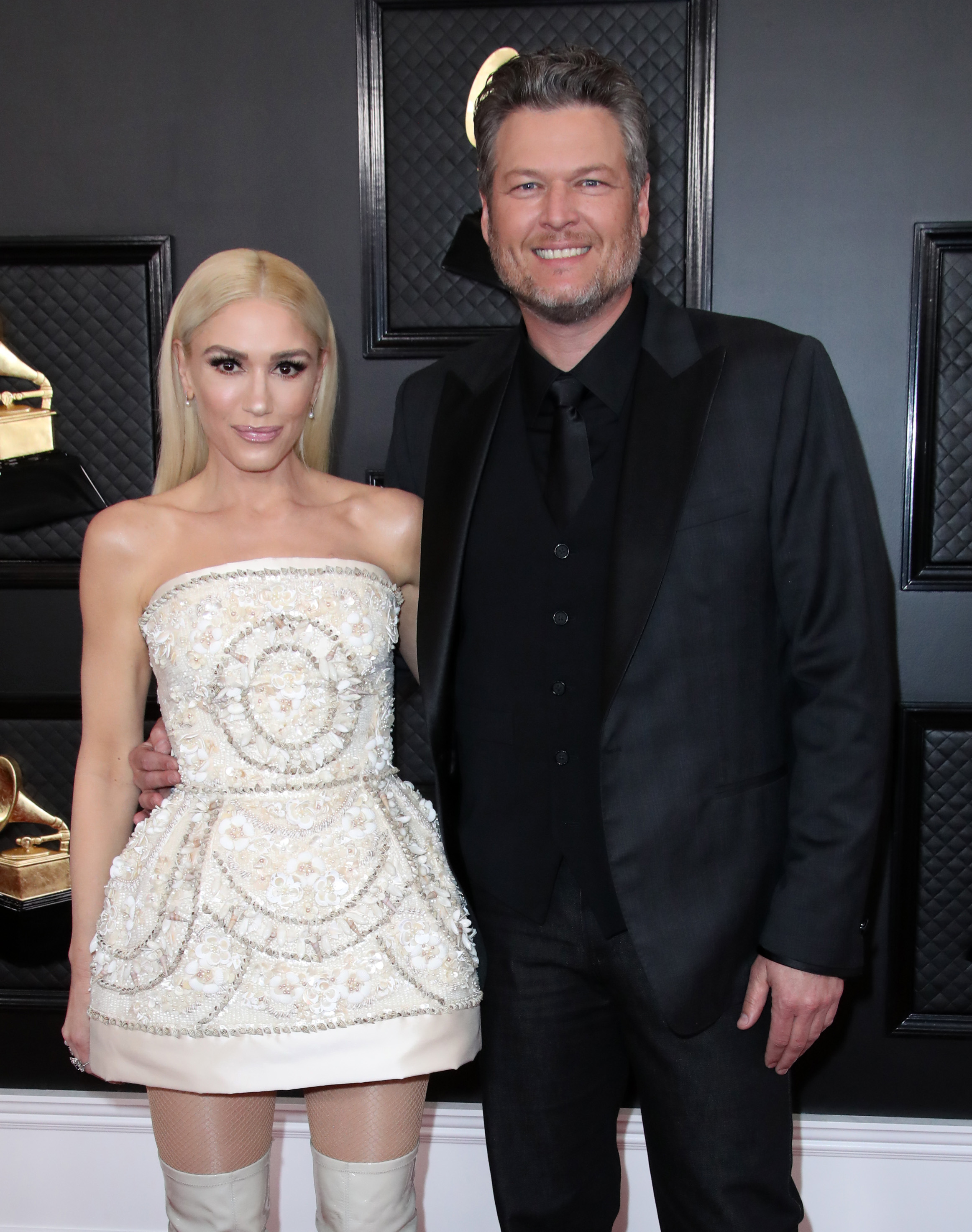 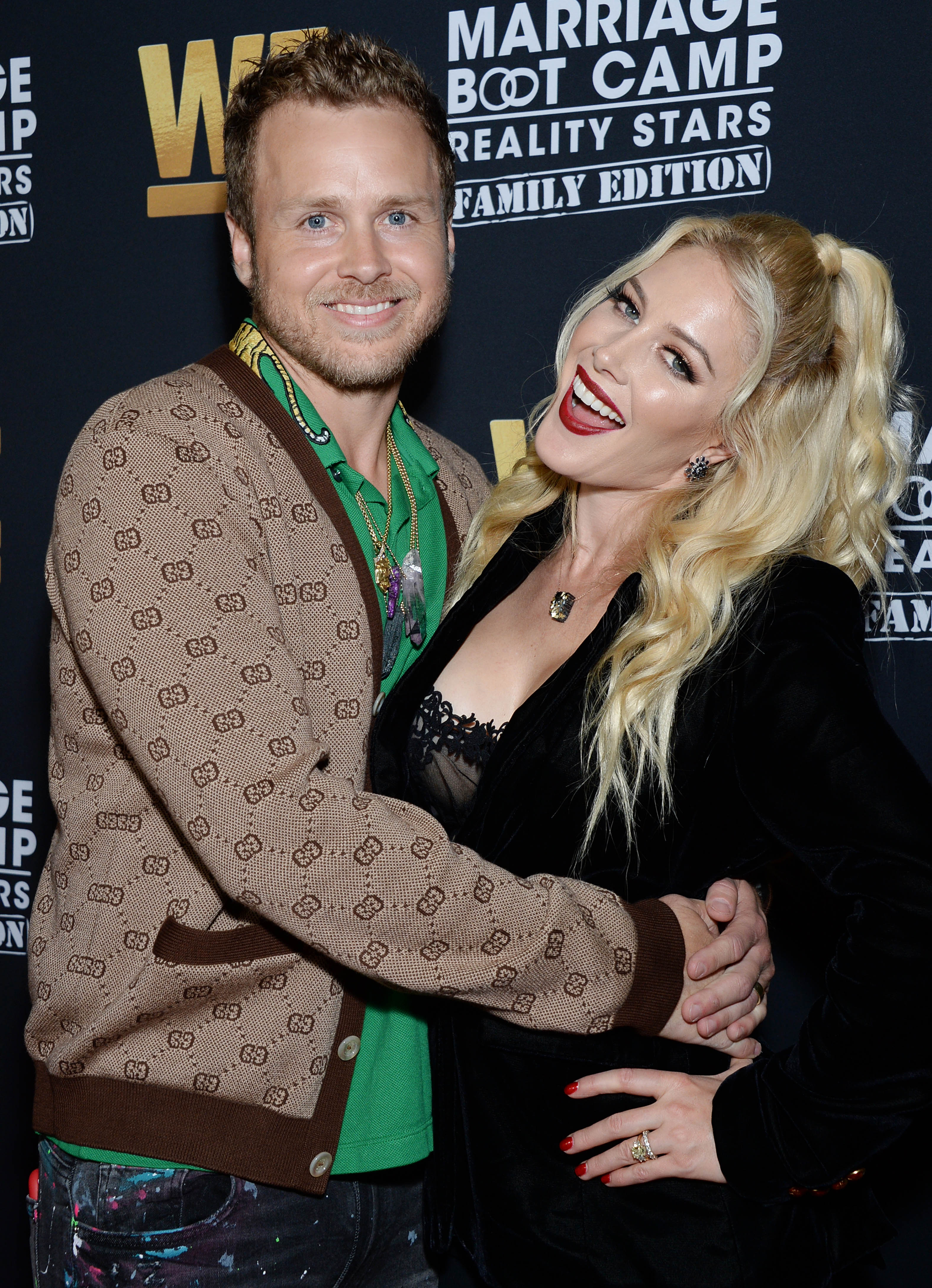 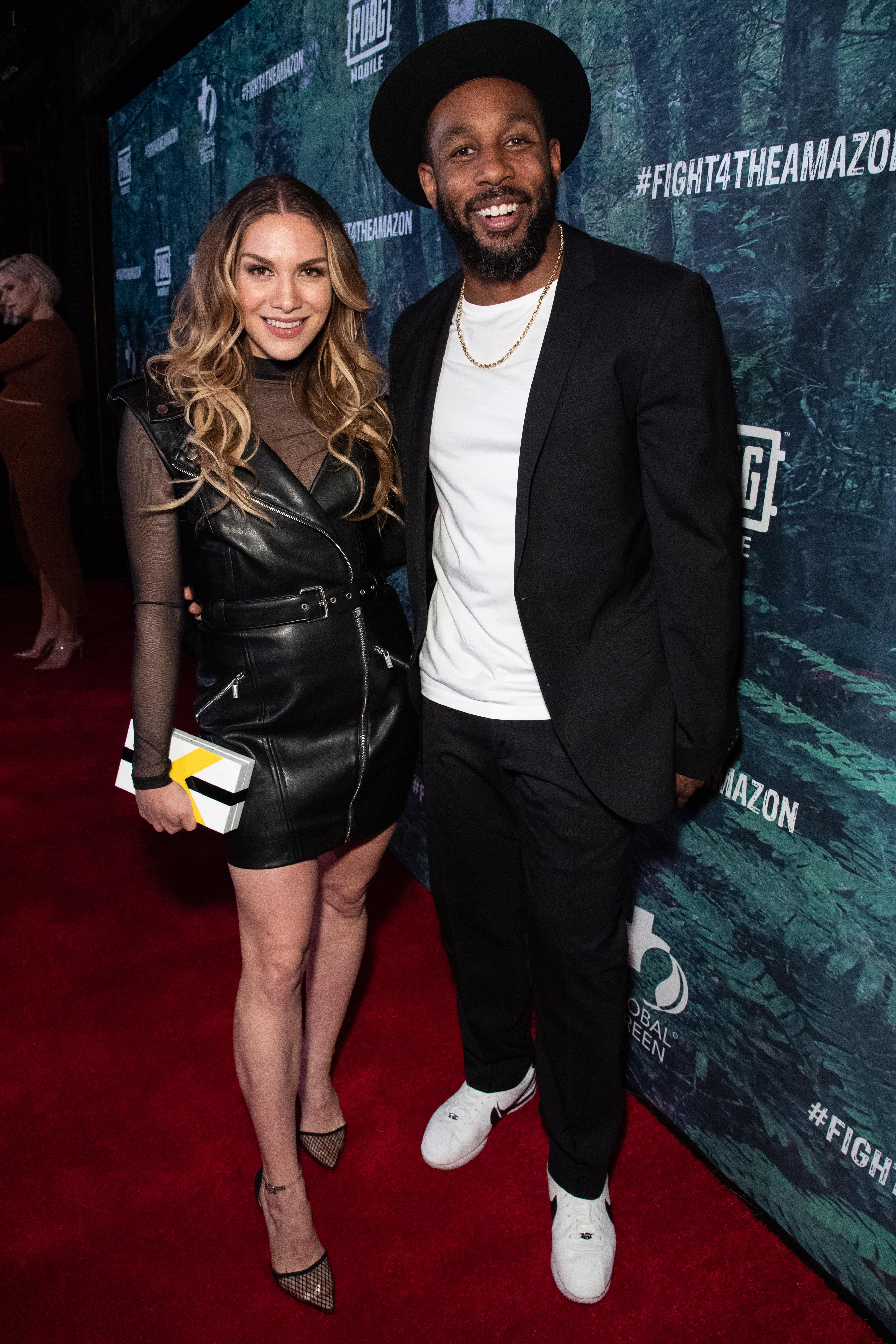 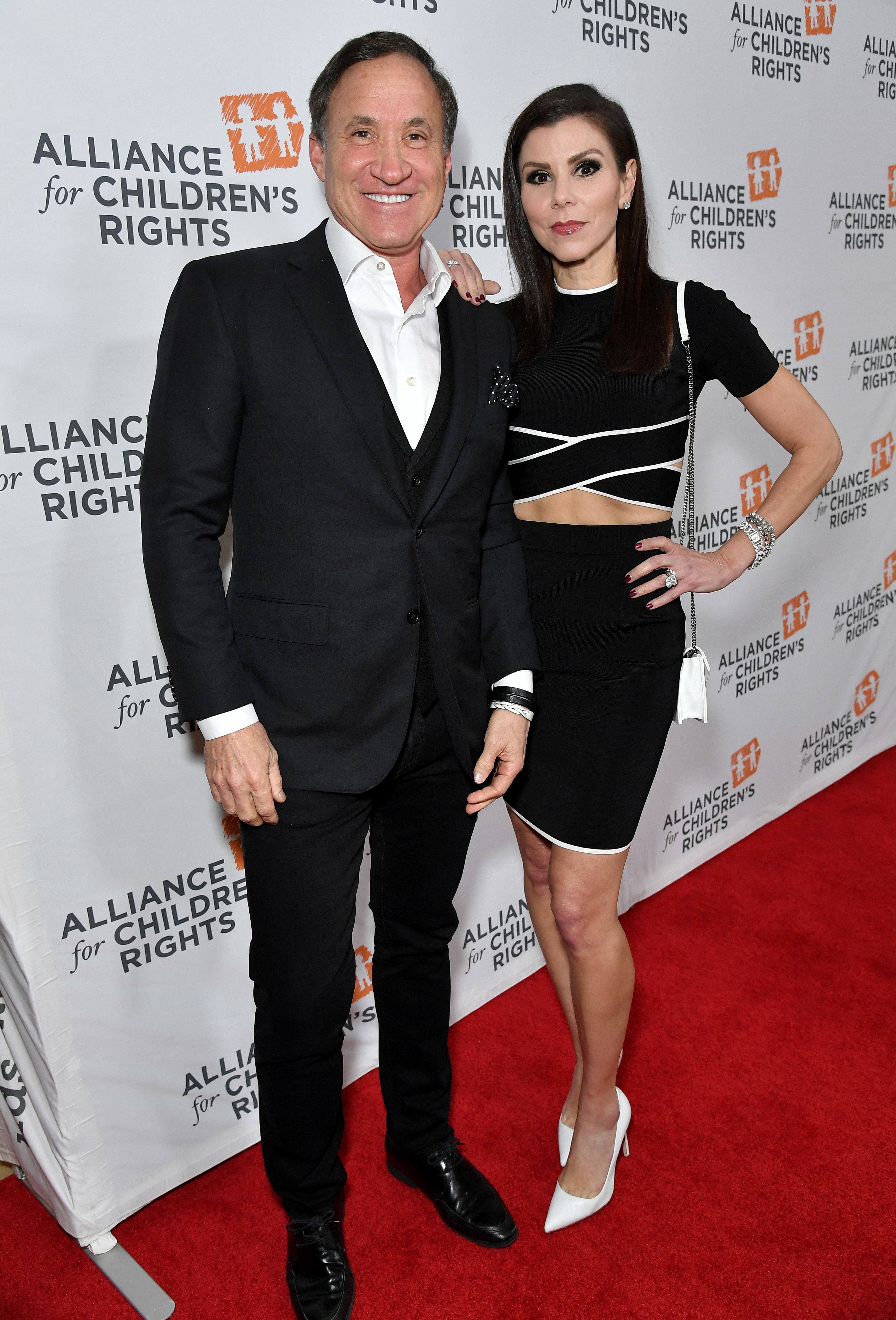 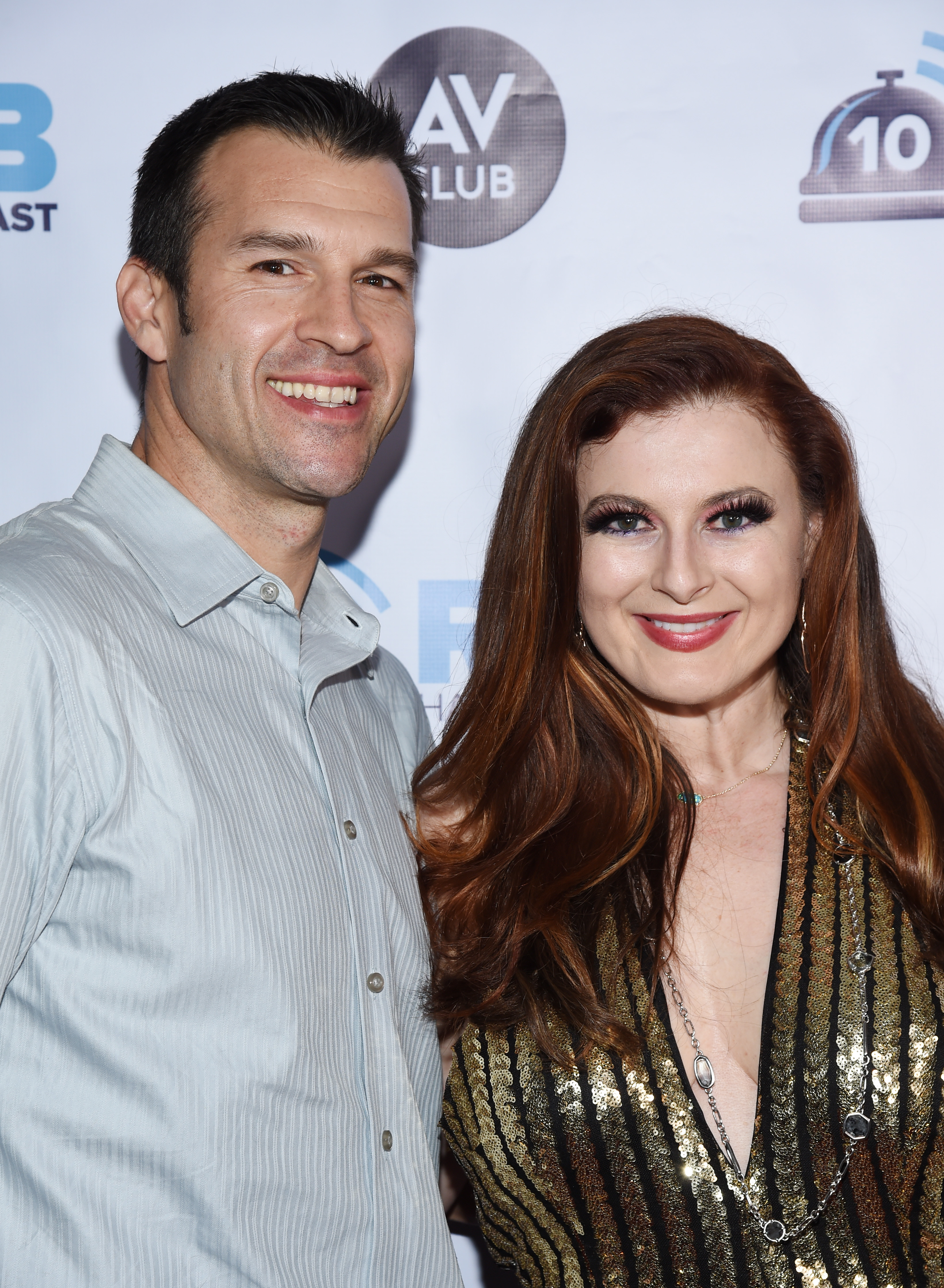 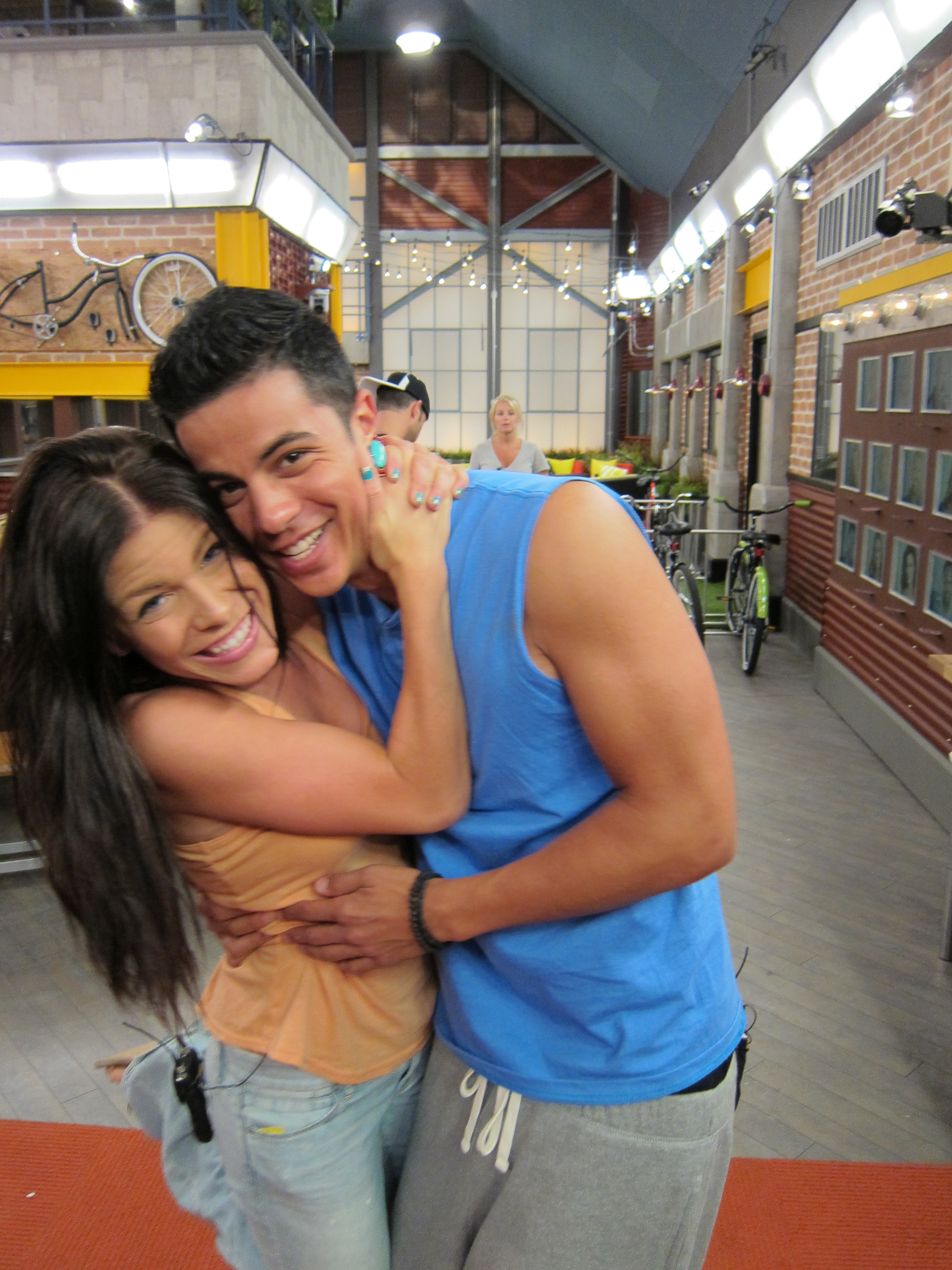 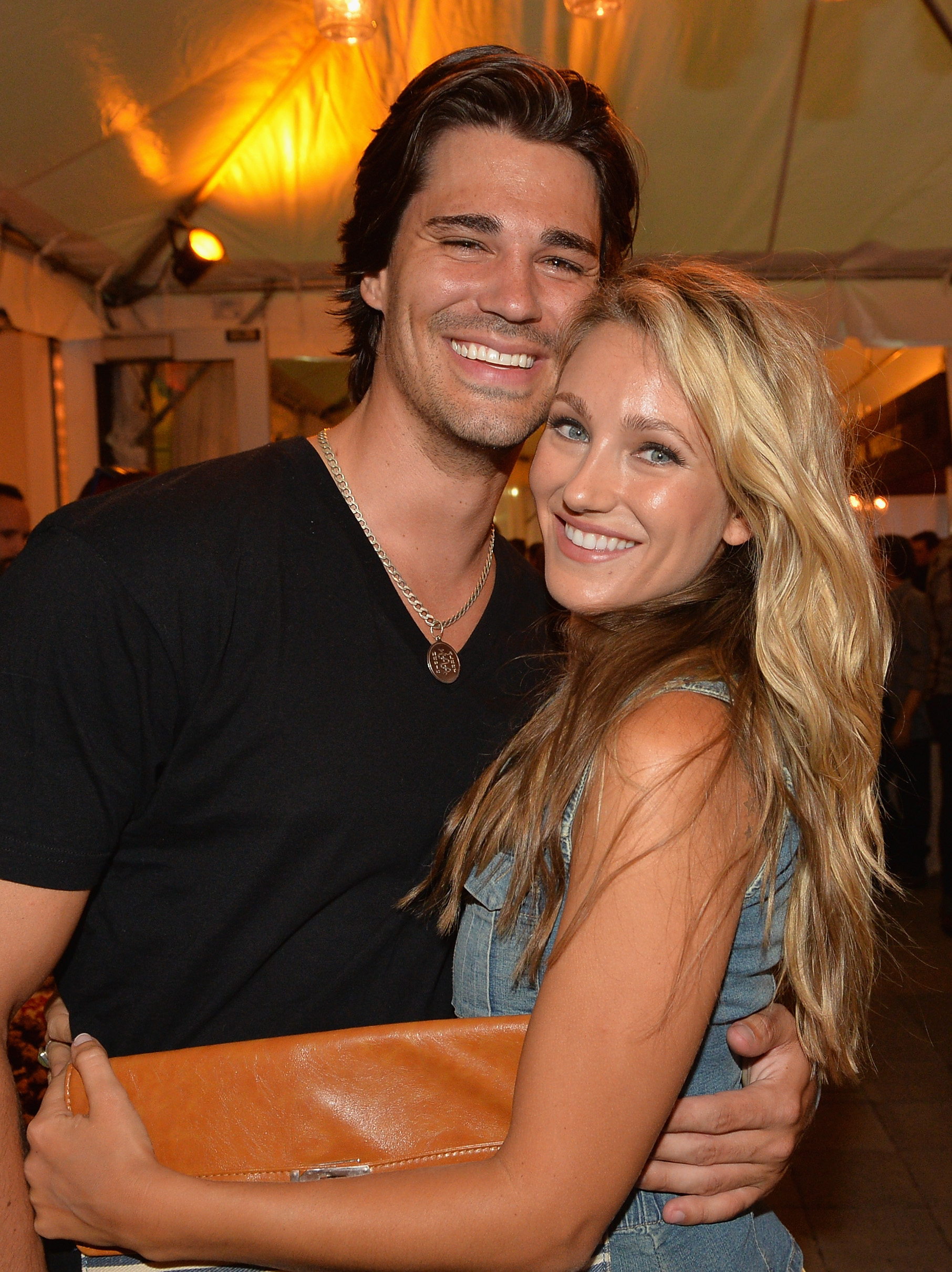 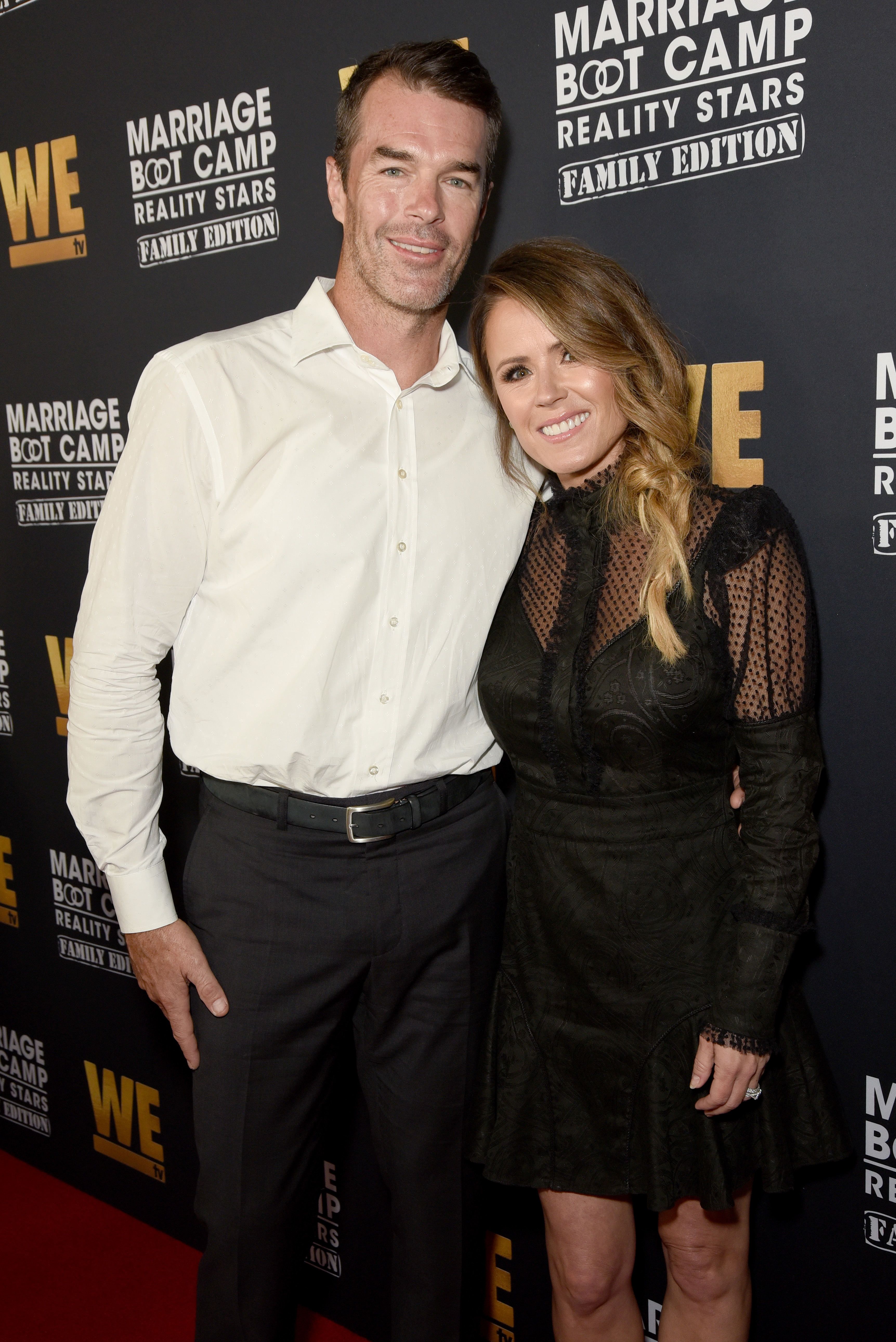 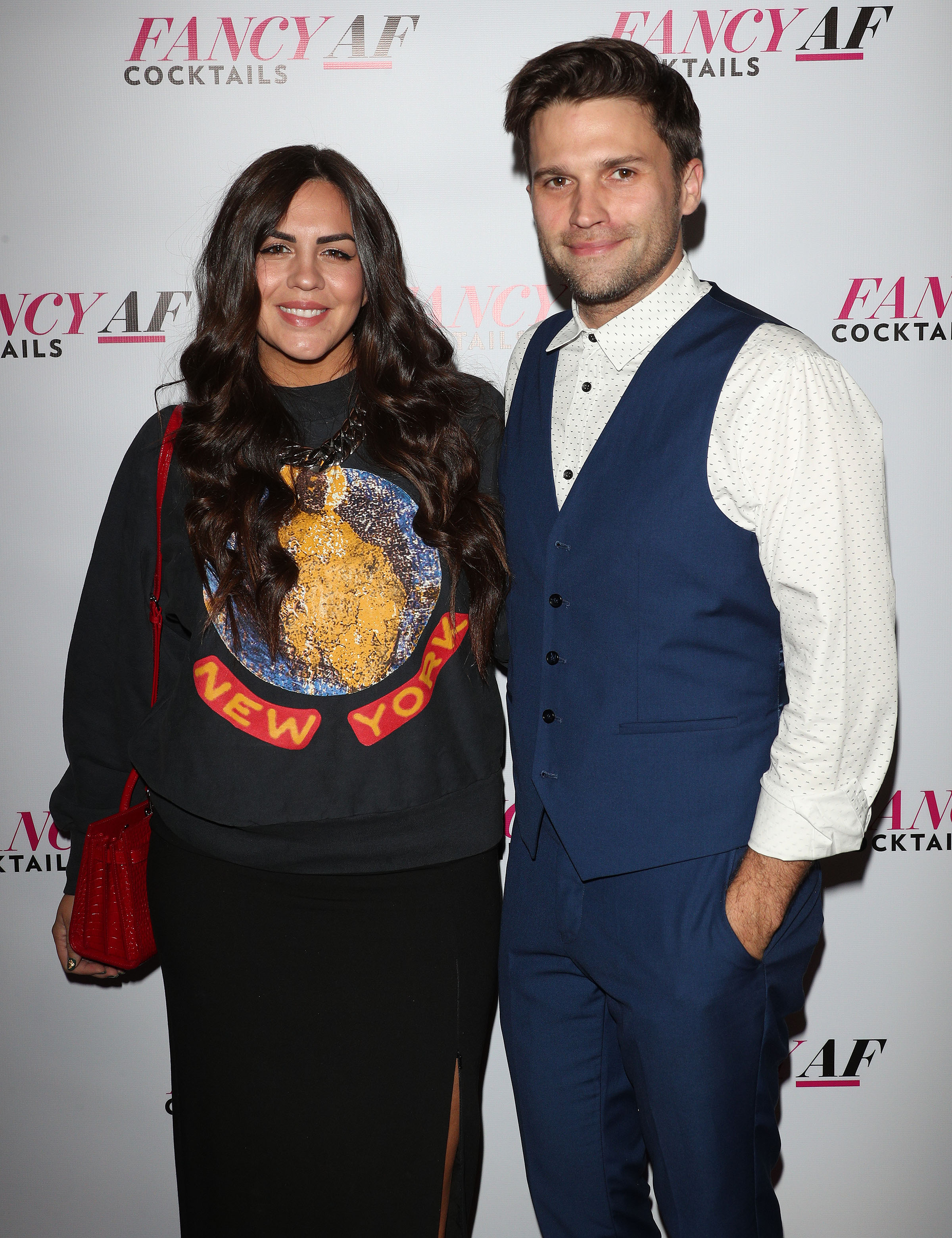 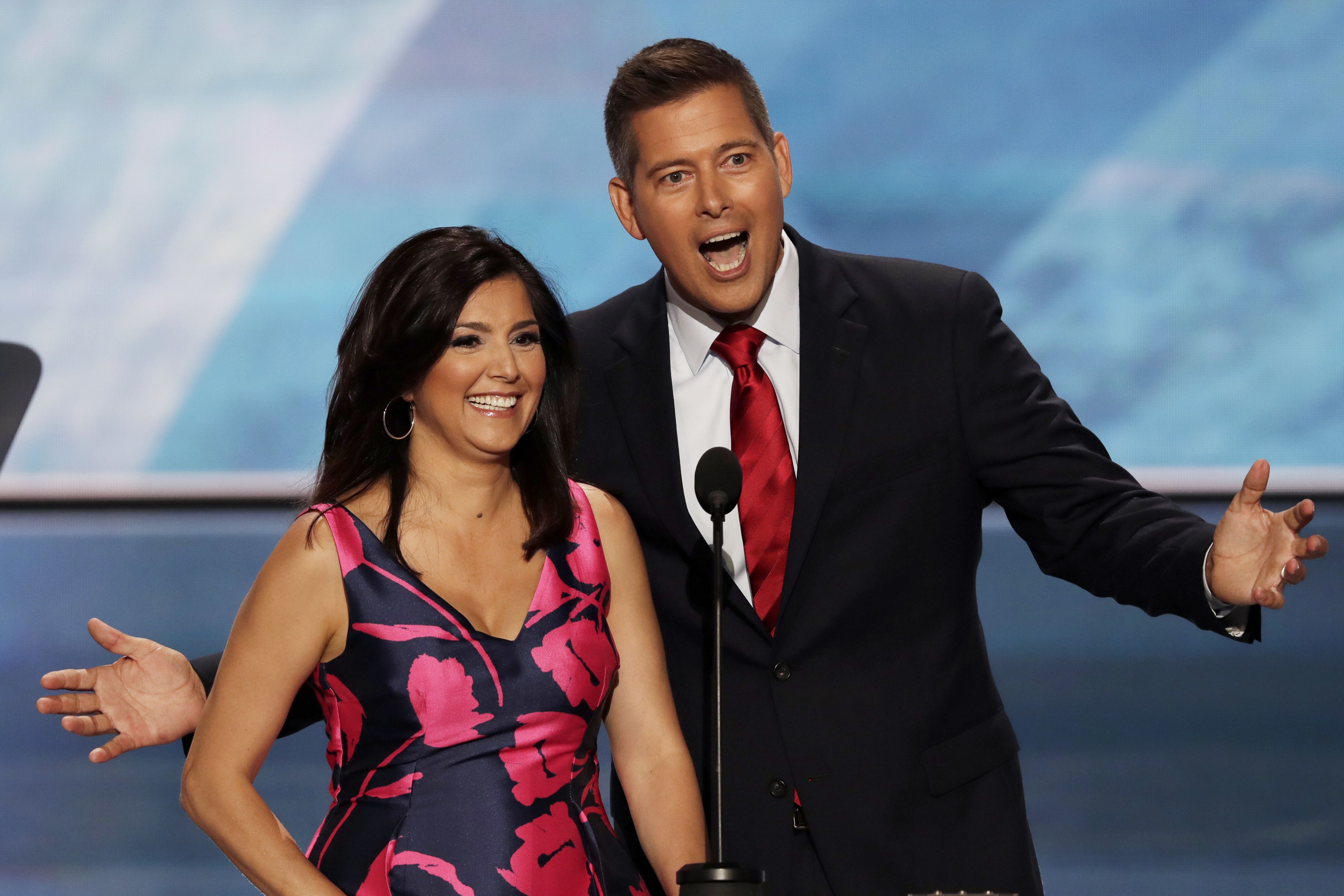 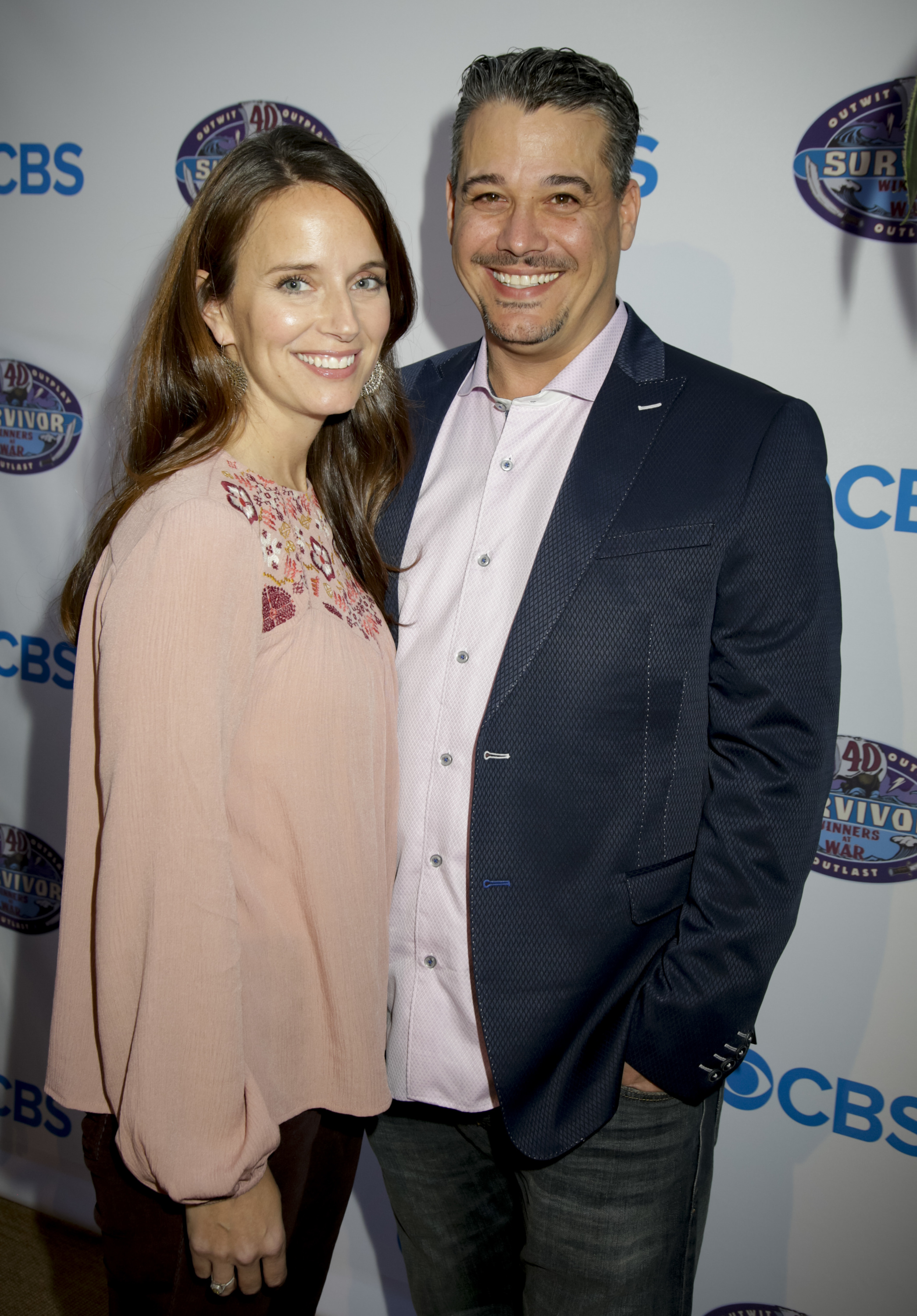 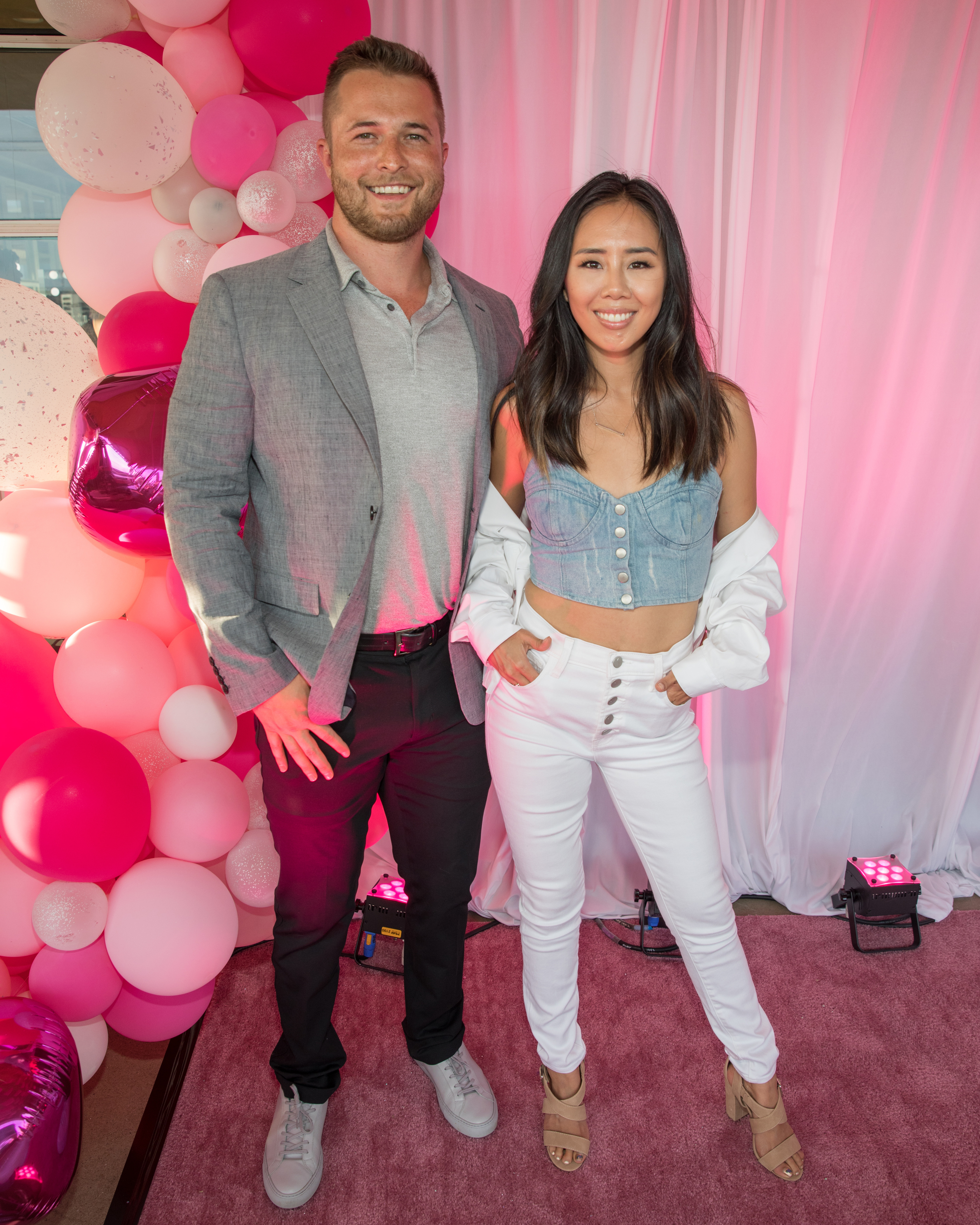 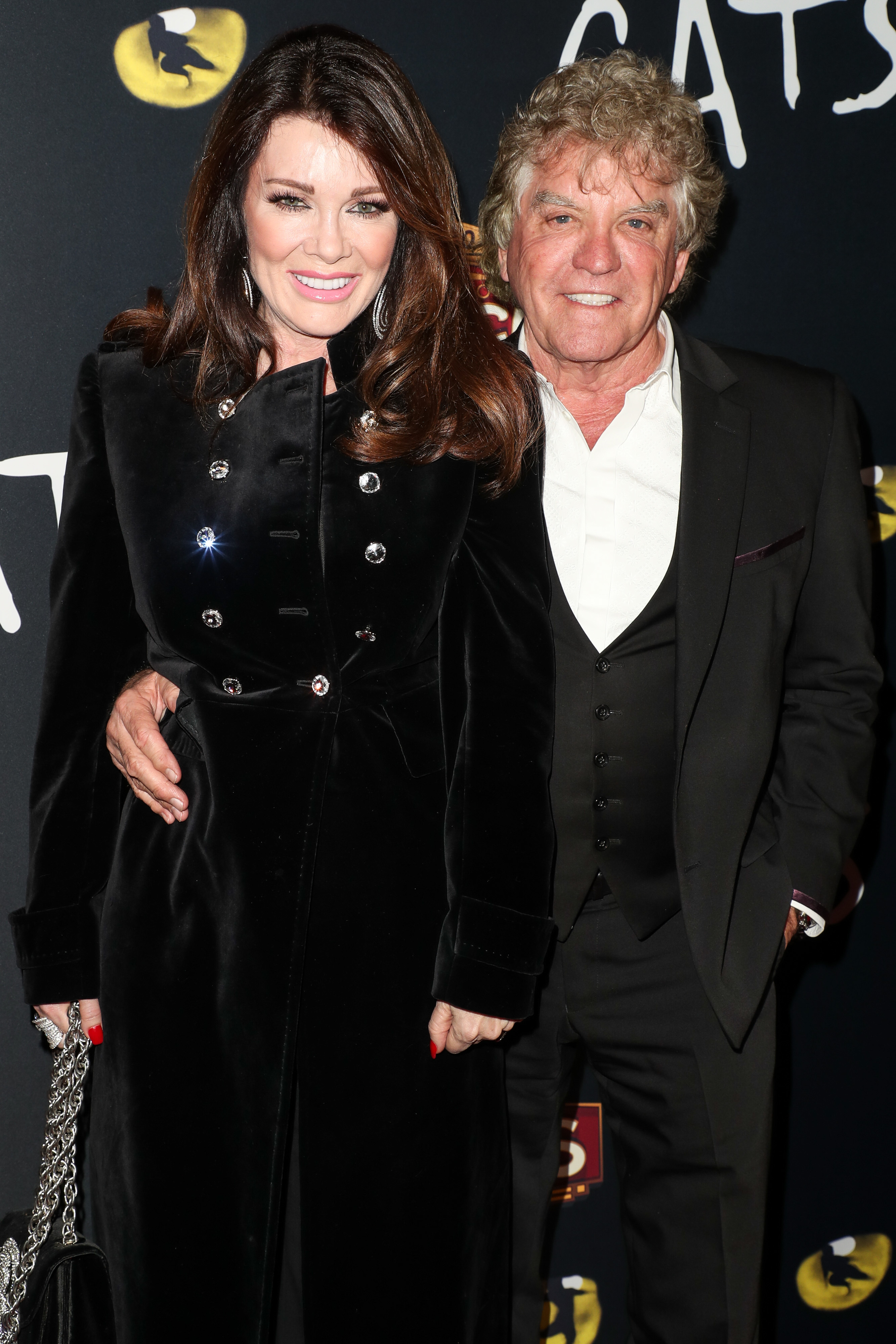 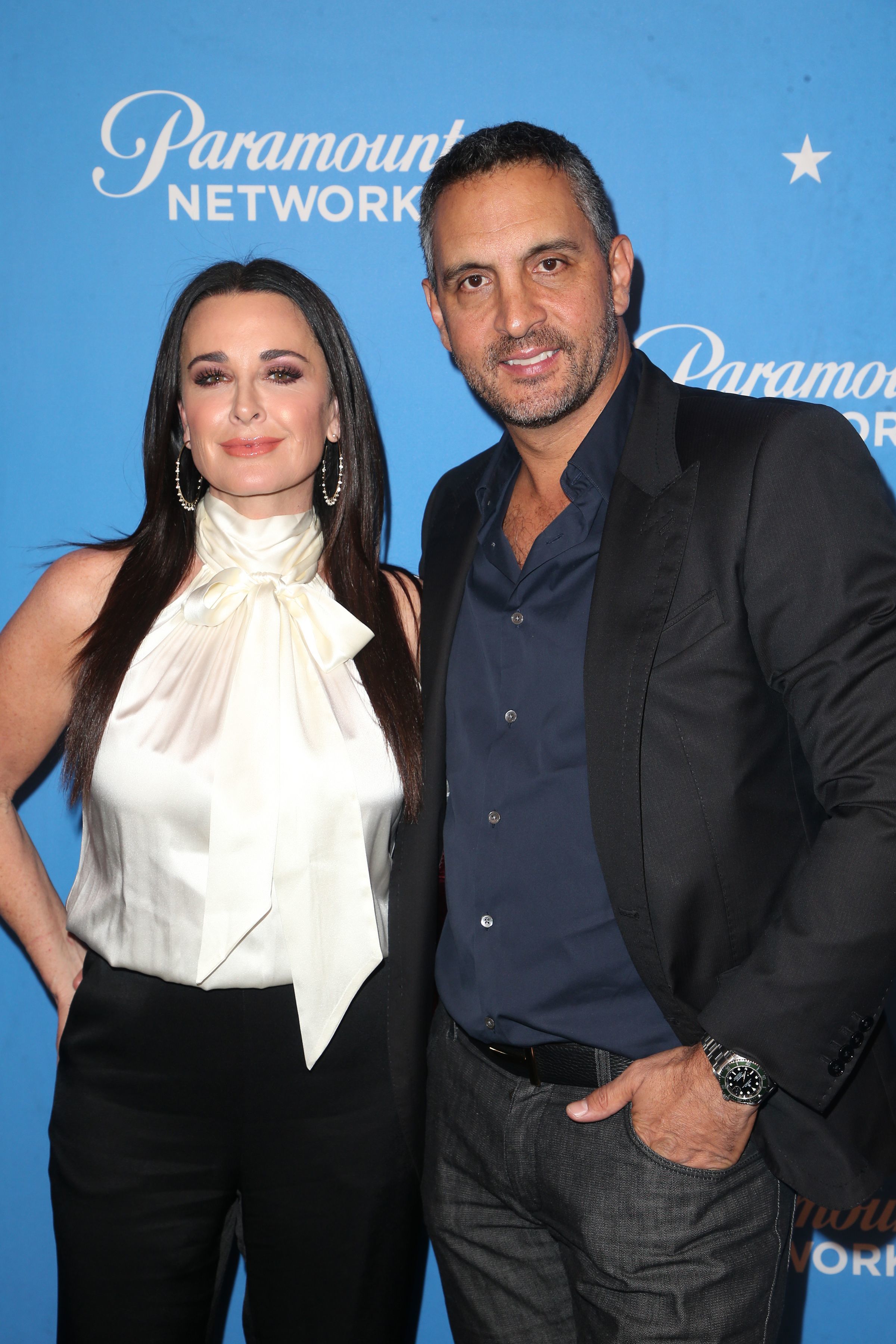 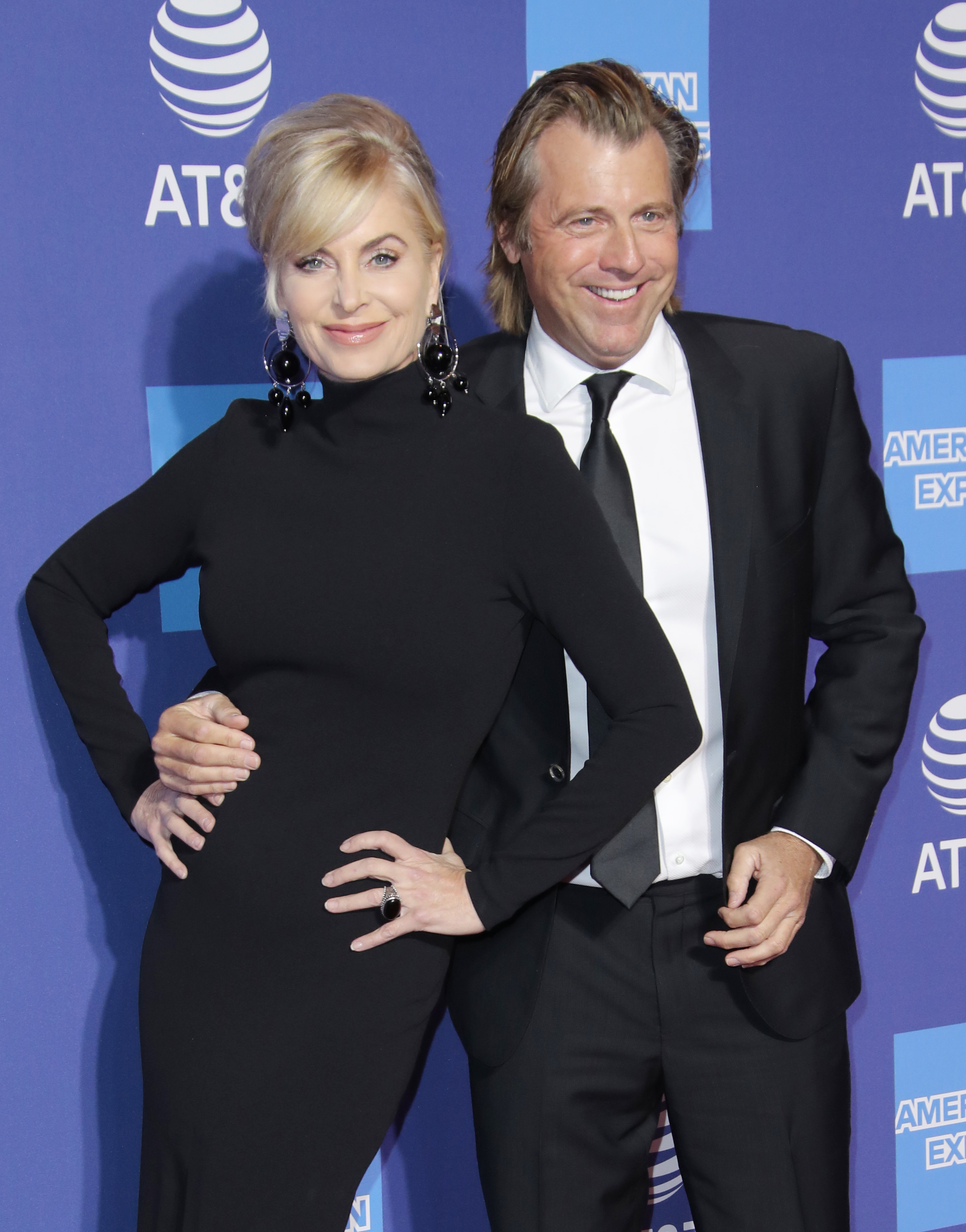 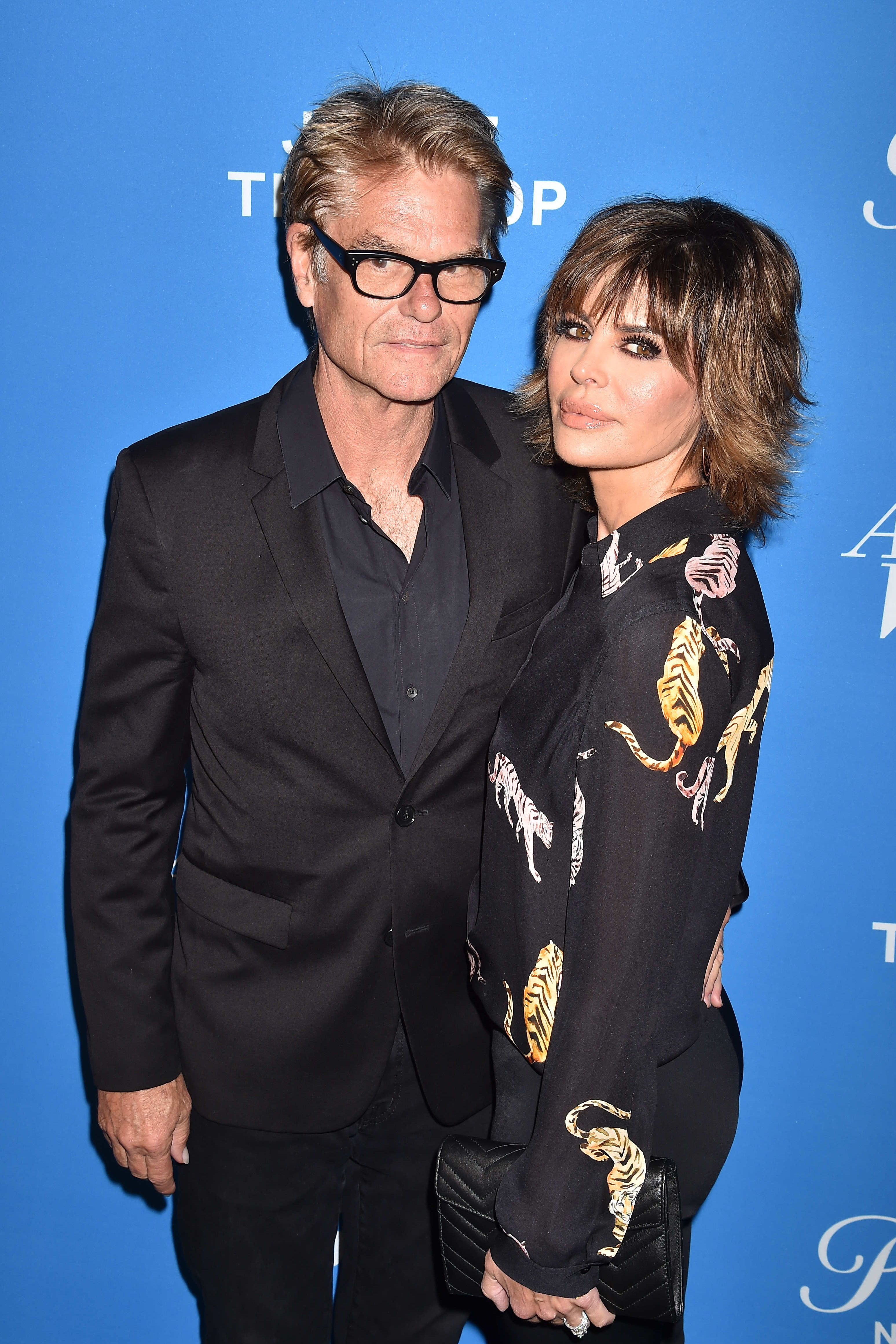 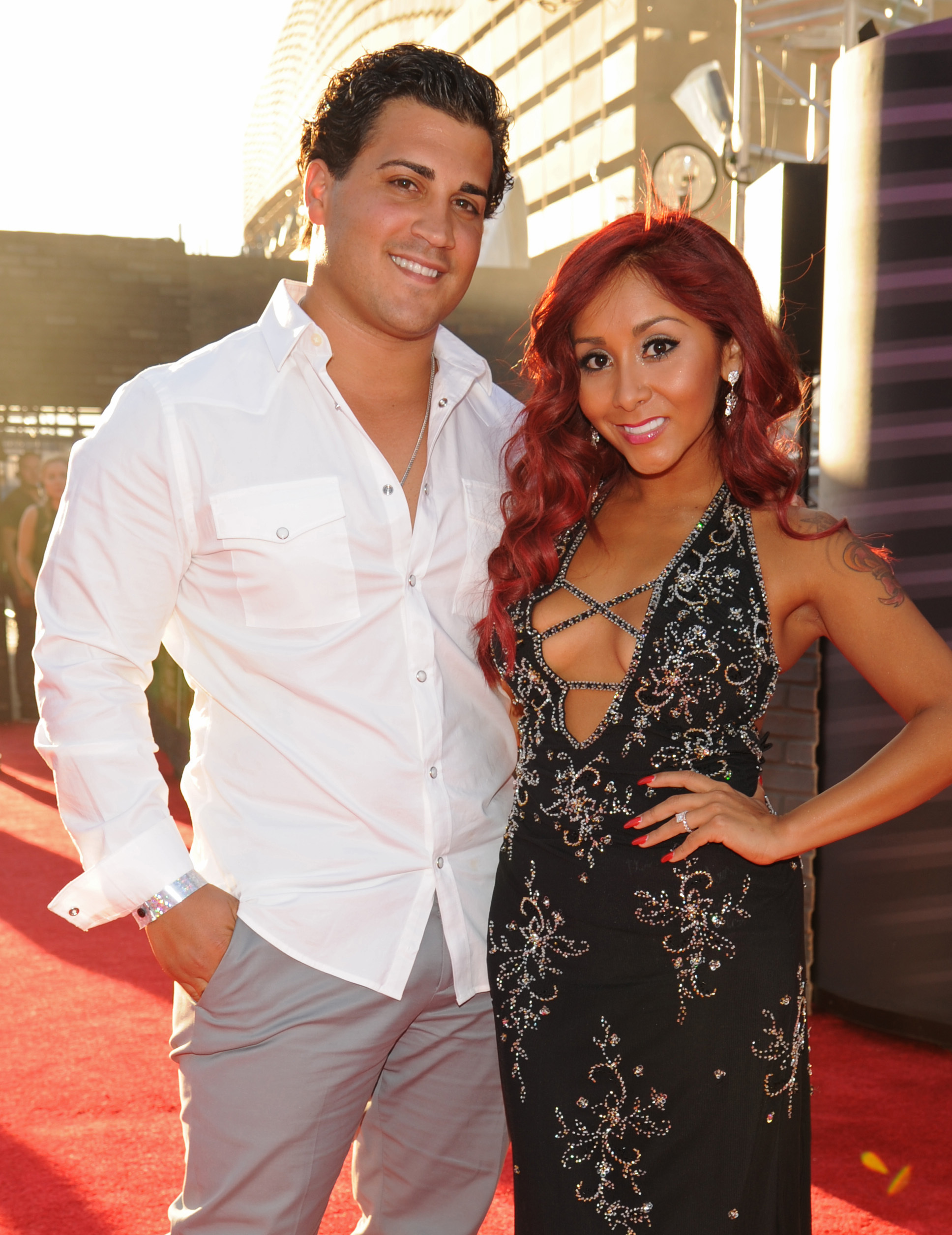 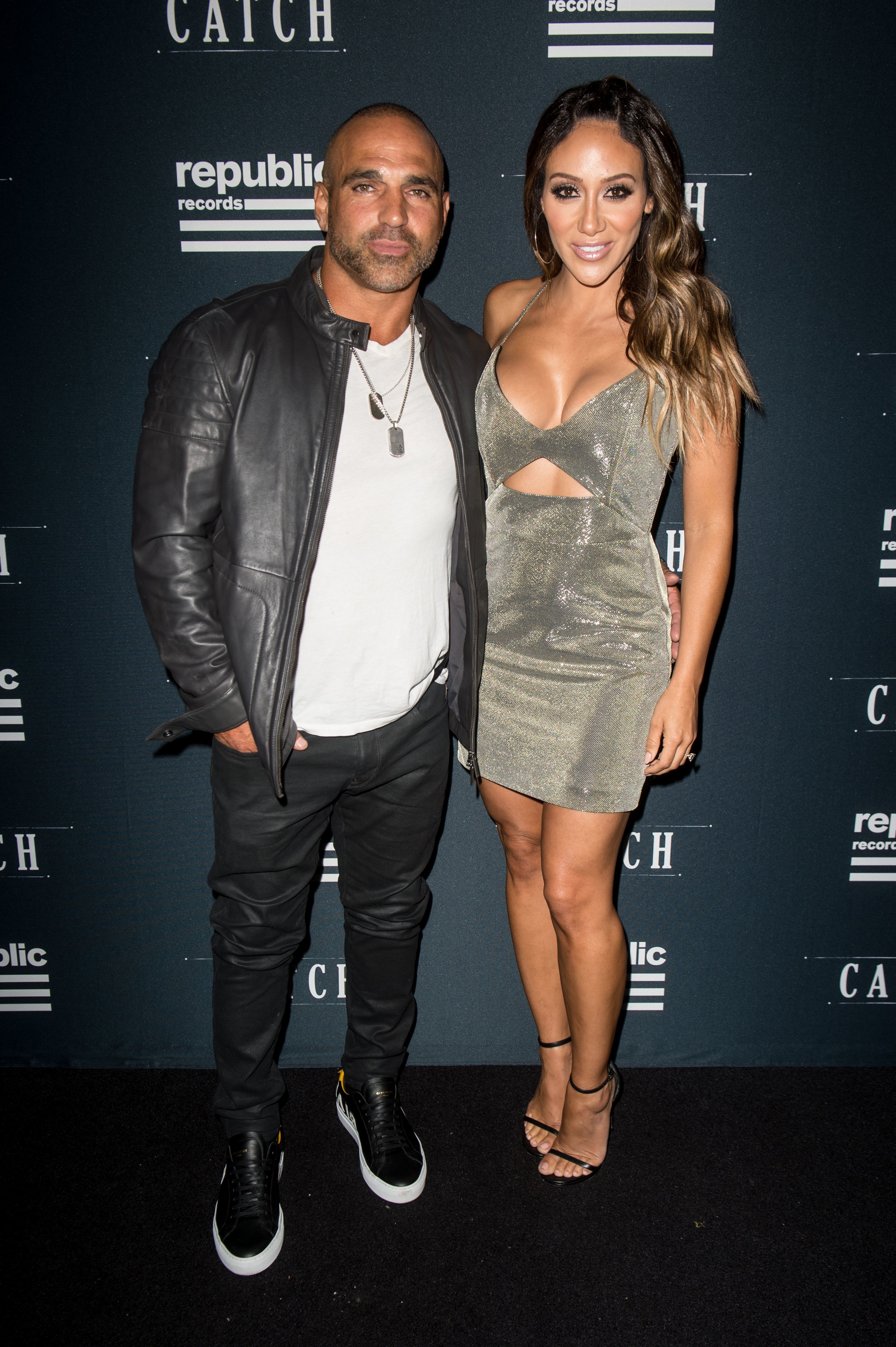 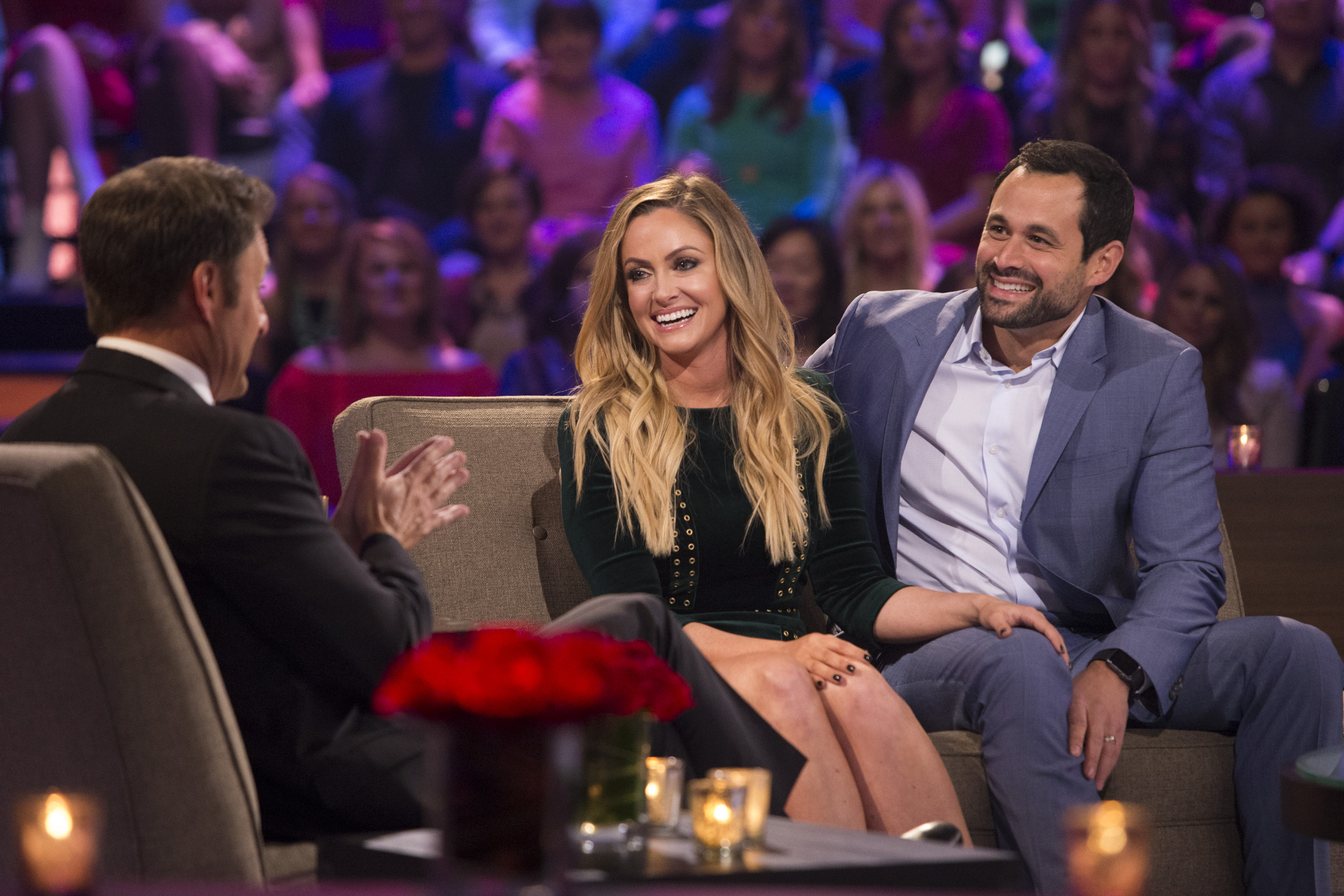 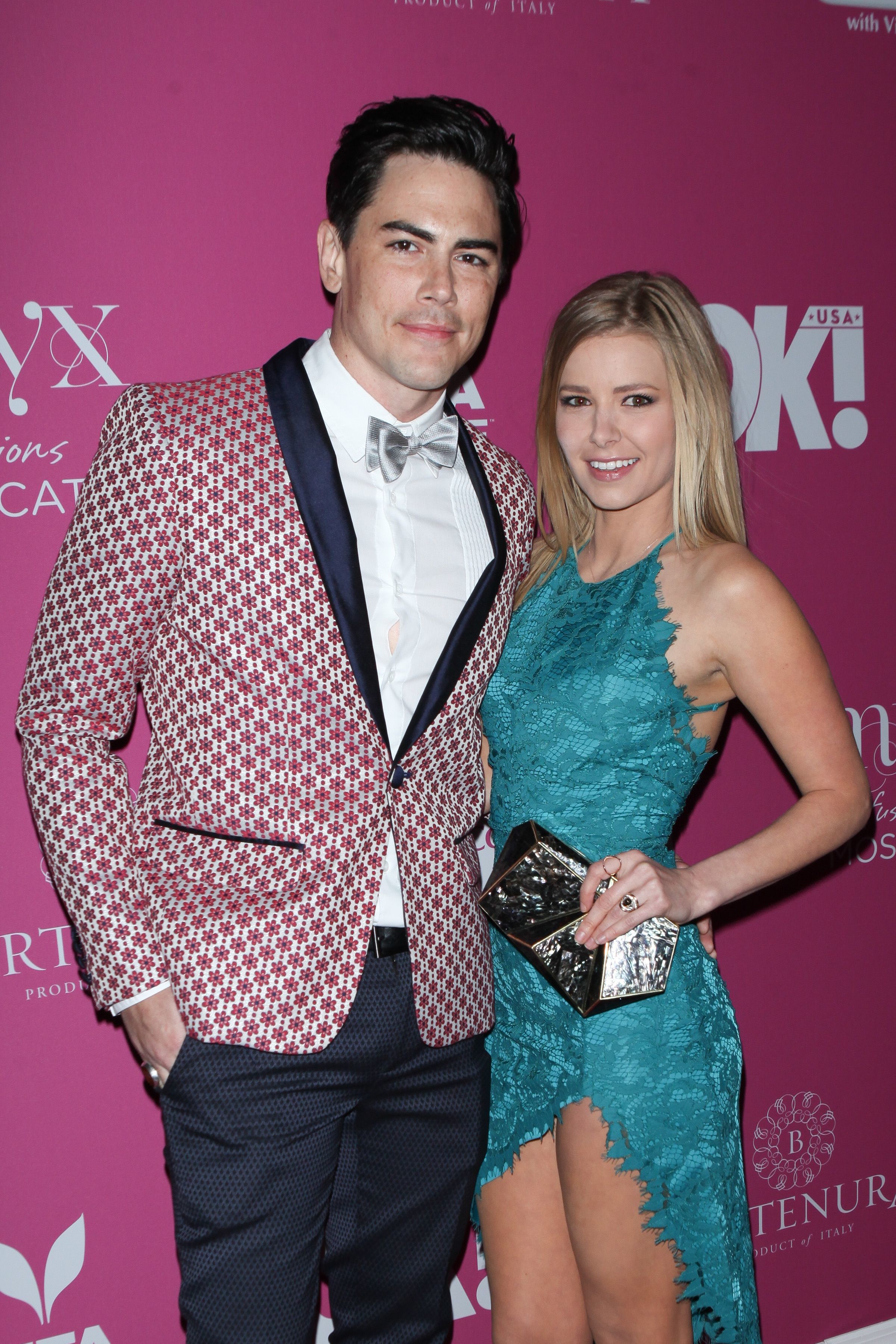 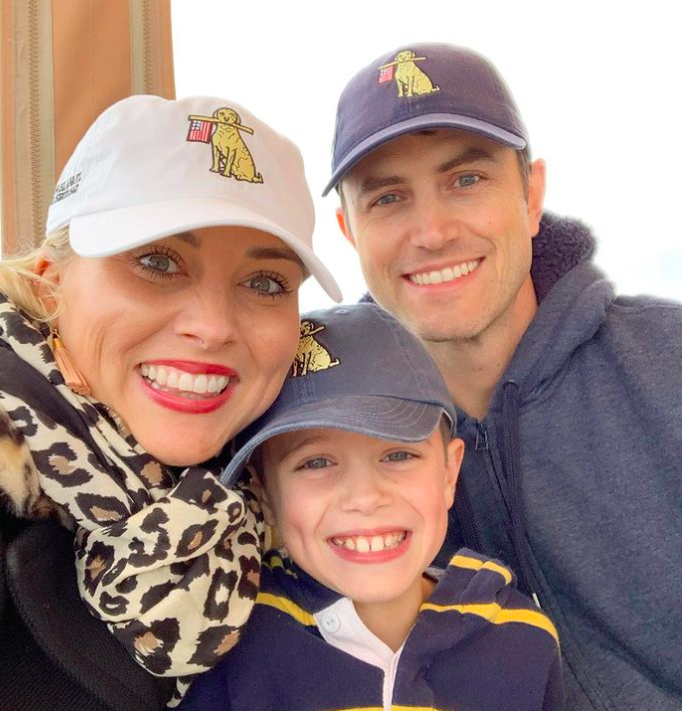 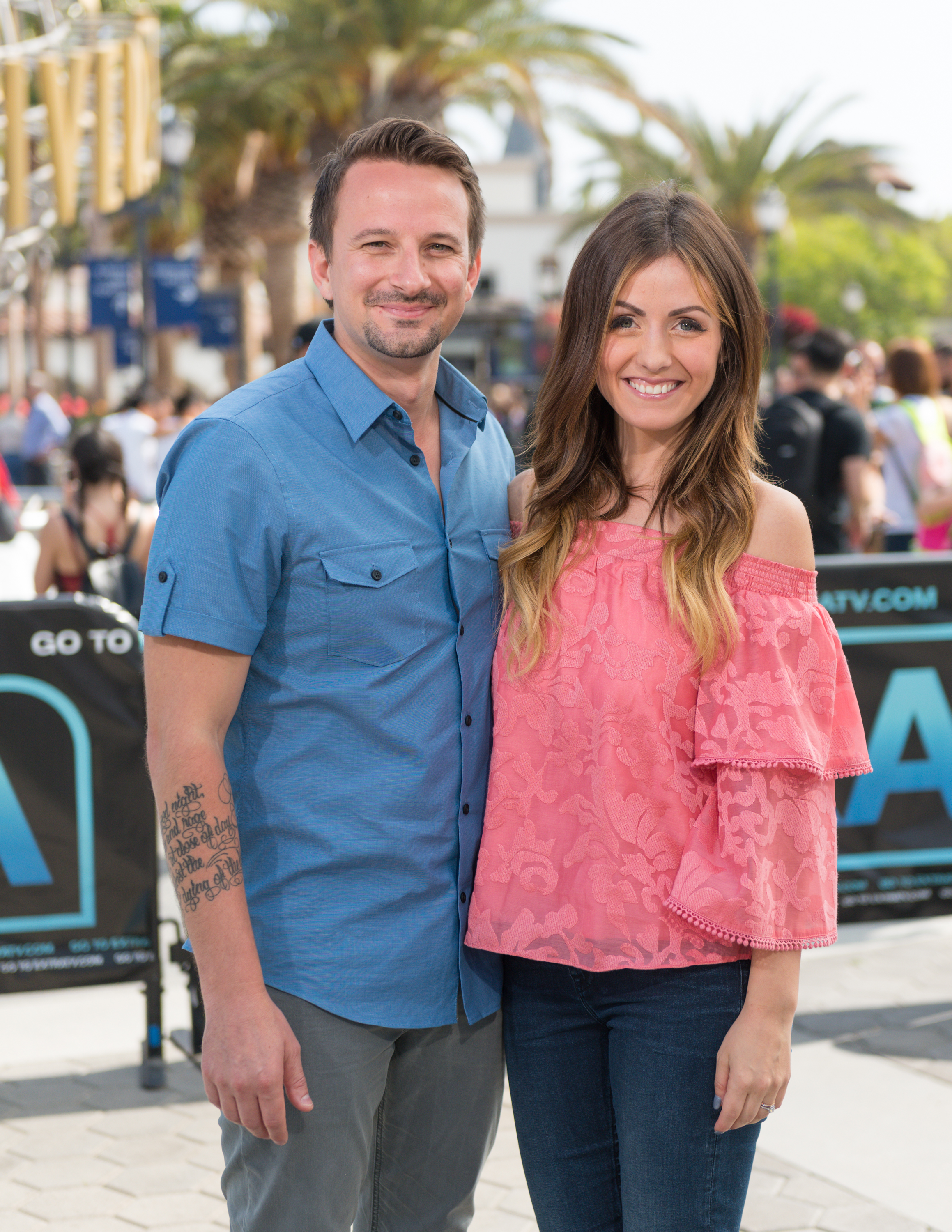