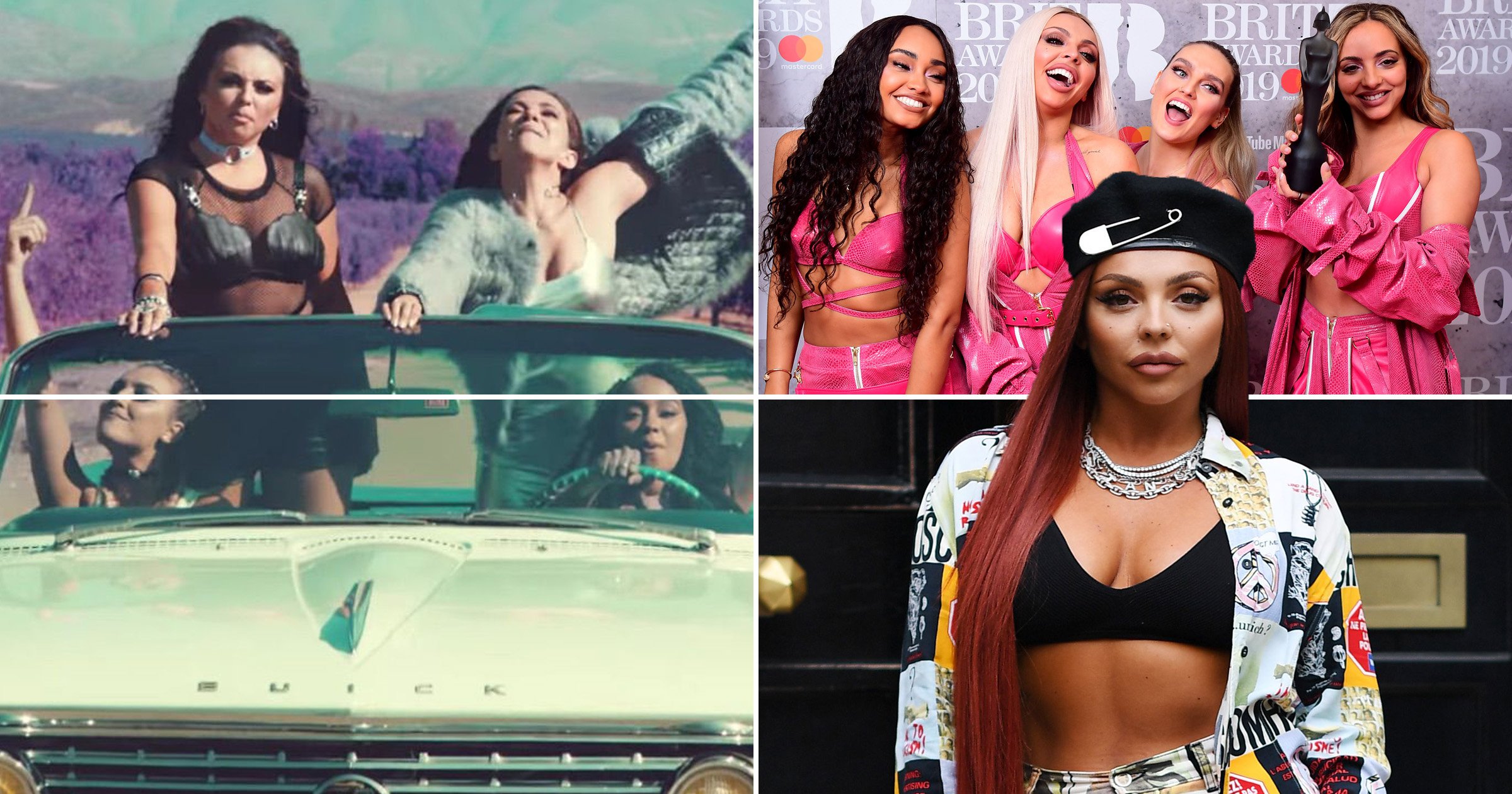 Little Mix have shared a sweet video celebrating ‘incredible memories’ from their Shout Out To My Ex era with former bandmate Jesy Nelson.

Jesy has recently come under fire following the release of her song Boyz and the launch of her solo career.

She has been accused of blackfishing (altering her appearance to appear Black or racially ambigious), which she denies, and she appeared on an Instagram Live with Nicki Minaj, who appeared to hit out at Little Mix, especially Leigh-Anne Pinnock, in a big way.

Ignoring the drama, Little Mix shared a video using shots from the 2016 music video, and of them winning their first Brit (many of which include Jesy).

‘This is such an important song for us and we have so many incredible memories from the era. Also it won us our first BRIT.’

It became the band’s fourth chart-topping single and earned them the British single of the year award at the 2017 Brits.

Jesy left the band in 2020 in order to prioritise her mental health.

Following the release of Boyz, Jesy’s collaborator Nicki defended her against blackfishing allegations and slammed her former bandmates in an explosive livestream.

She referenced unverified messages, purported to have been sent from Leigh-Anne, which called Jesy ‘horrible,’ and accused her of blackfishing and cutting her former bandmates off.

Nicki appeared to take aim at Leigh-Anne, branding her a ‘f**king clown’. Little Mix have not addressed the drama.

Jesy previously defended herself against blackfishing allegations, telling Vulture: ‘The whole time I was in Little Mix I never got any of that. And then I came out of [the band] and people all of a sudden were saying it.

‘I wasn’t on social media around that time, so I let my team [deal with it], because that was when I’d just left. But I mean, like, I love Black culture. I love Black music. That’s all I know; it’s what I grew up on.