To say Lady Gaga has a signature beauty look would be to admit you haven't been paying attention to Lady Gaga. She's worn some of her wildest and most subtle looks within days of each other, and it's almost impossible to predict how she'll dress, do her makeup, and wear her hair for any given event. But if you guessed she'd go a more classic route with her inauguration look, you were right… sort of. It was a mix of timeless and bold, and it was totally gorgeous.

Gaga has been dropping hints that she'd be opting for lower-key glam (not unlike her 2019 Oscar look) for Joe Biden's inauguration — she confirmed on January 14 that she'd be singing the National Anthem and is "deeply honored" to do so — like when she posted a photo of herself to Instagram showing her wearing her no-longer-lavender hair in crown braid inside the Capitol. In the solemn picture, she's also wearing a white suit draped in a cape, her nails painted red.

Unlike when Beyoncé sang the National Anthem at Barack Obama's inauguration with long waves flowing in the wind, Lady Gaga wore her hair up. In fact — perhaps the biggest surprise — she brought back the crown braid for a second day, with a thick, black ribbon woven throughout and contrasting with her middle-parted platinum hair. The ribbon matched her structured jacket, which was topped off with a dramatic golden dove brooch, and it wrapped around to the back, where red flowers were pinned. A few pieces of hair were left loose to softly frame her face. 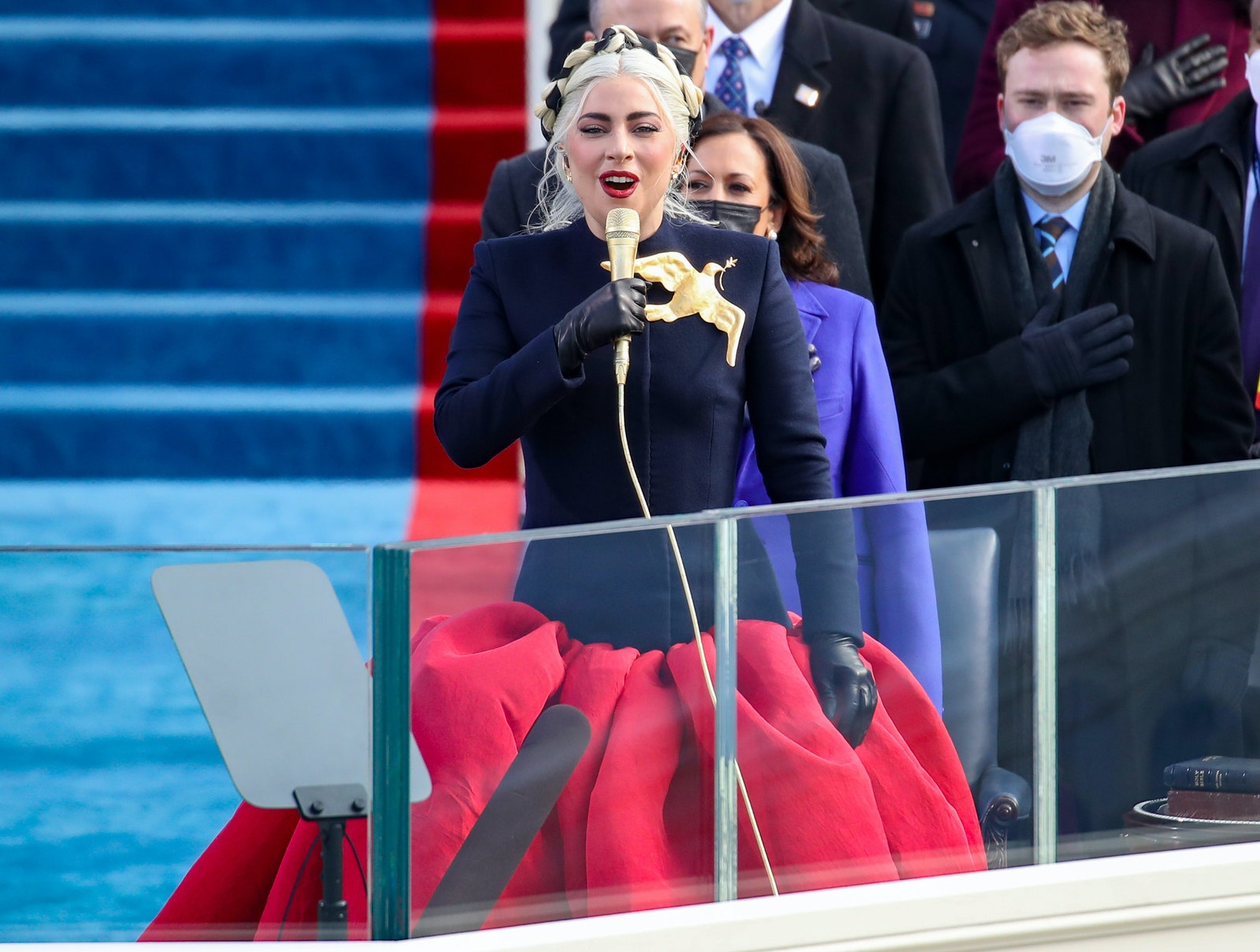 Although she was wearing a lacy, white mask when she arrived for the inauguration, Gaga removed it to sing, revealing a deep red lipstick that coordinated with her voluminous, crimson Schiaparelli skirt. Gaga wore neutral shades of eye shadow, with lashes that grew longer toward the outer edges of her eyes. The makeup look was completed with dark brows and rosy cheeks.

It's safe to say, Lady Gaga looked as beautiful as her National Anthem sounded.