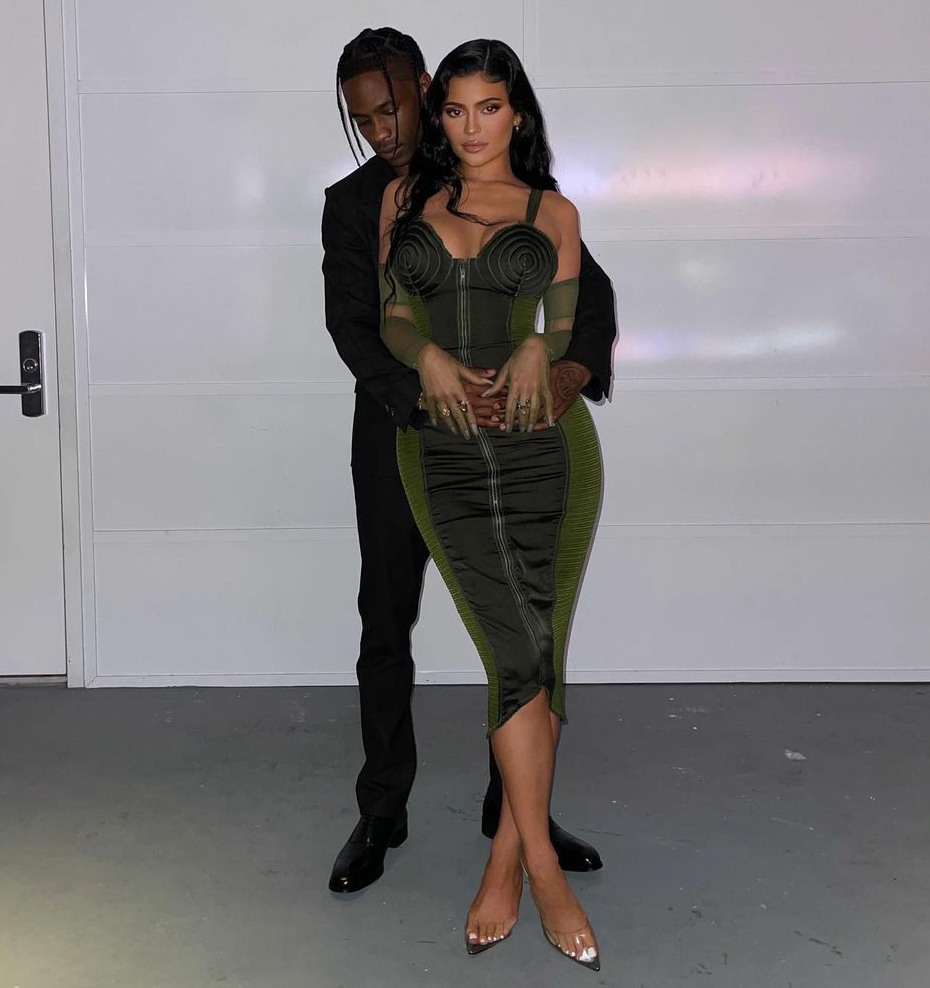 A few days ago, Kylie Jenner and Travis Scott made a red carpet appearance in New York. They attended the 2021 Parsons Benefit, where Travis was honored with an award. This was their first coupled-up appearance since they “got back together,” so it was their first red carpet in a few years. They brought Stormi along too, and she walked the carpet as well. Travis and Kylie always seemed to be half-way together anyway, but I guess this reunion is some kind of big deal. The Kardashian PR is working overtime to make Kylie and Travis sound like they’re getting married any second now:

On Tuesday, June 15, the two attended the 2021 Parsons Benefit at Pier 17 in New York City with their 3-year-old daughter Stormi Webster, marking their first red carpet event since their split more than a year ago. Travis, 26, and Kylie, 23, posed for pics while embracing. Then later onstage, the rapper accepted an award. In his speech, he expressed his love for both Stormi and the Keeping Up With the Kardashians star, calling her “wifey.” It marked the first time Travis has used his nickname for Kylie publicly since E! News learned in October 2019 that the two were “taking space apart.”

On Wednesday, June 16, a source close to the family told E! News that Kylie and Travis “still have separate houses and are not living together, but they are romantic again and seem very happy with the direction they are headed. Kylie and Travis are very happy and acting like a couple again. They hold hands and are affectionate. They aren’t shy about showing their love for another. They support each other and are a constant in each other’s lives.”

Another source close to Kylie told E! News that the reality star and Travis “have been spending a lot of time together in the last few months and have grown really close,” adding, “They picked up right where they left off. Neither of them has been interested in anyone else over the last year and really love being a family unit together.”

The insider continued, “Travis is enamored by Kylie and would do anything for her and Stormi. He really wanted her back and has been trying for weeks now. Kylie loves seeing Travis as a dad and is grateful they can make it work for Stormi. They have a great thing going right now and are really happy. They have truly always loved each other but needed a break during a busy time in their lives to figure it all out.”

I actually dislike the whole “this is why young people shouldn’t have kids together” argument when it’s applied to Kylie and Travis specifically. Yes, I think they were too young to have Stormi, but by all accounts, Kylie and Travis have maintained a surprisingly healthy and functional relationship regardless of whether or not they were “dating.” Money helps, of course. They’re able to have this kind of relationship because they’re both rich and can afford childcare and private planes and separate homes. Anyway, I hope they’re doing well. Genuinely.