Kelsea Ballerini just subtly (or, not so subtly) referenced her divorce from Morgan Evans during a show in New York City over the weekend. According to People, Kelsea changed lyrics in “What I Have” from “I got a warm body in bed” to “I got my own body in bed,” plus lyrics in “Get Over Yourself” from “I’m the crazy ex that wrecked your life” to “I’m the crazy bitch that wrecked your life.”

Kelsea and Morgan announced the end of their five year marriage in August, breaking the news on Instagram. As Kelsea put it, “This is now public record so I wanted you to hear from me directly that I am going through a divorce. This deeply difficult decision is the result of a journey of love, growth, and effort that ultimately has come to an end. It’s hard to find the words here…but I feel extremely grateful for the years of marriage to Morgan and hopeful for the next seasons.” 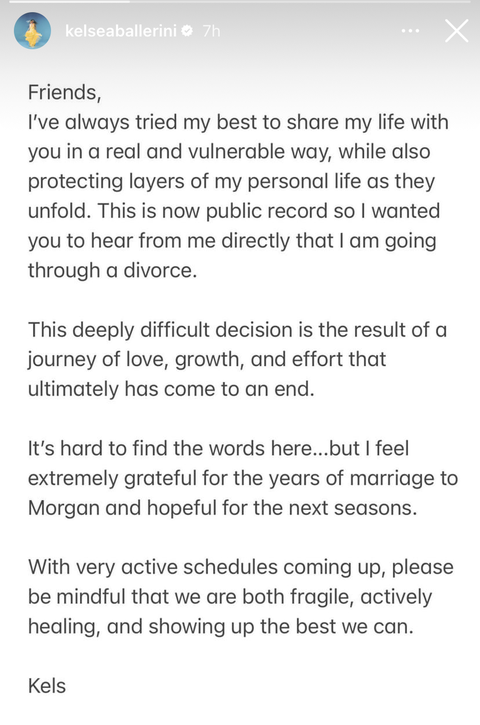 Meanwhile, Morgan said in part “I am very sad to confirm that after almost 5 years of marriage, Kelsea and I are parting ways. I wish it were otherwise but sadly it is not.” 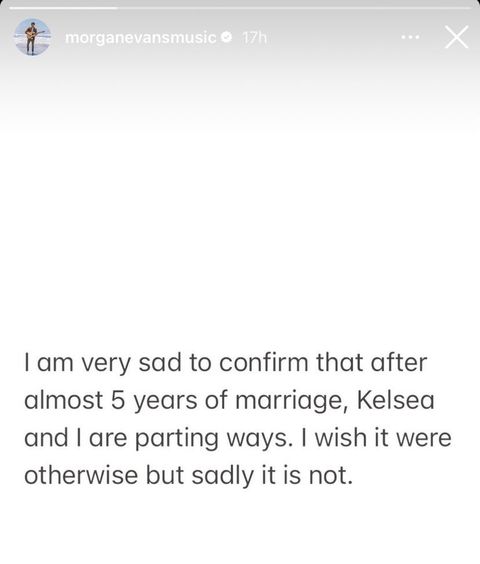 So, what went wrong? Unclear, but turns out this isn’t the first time they’ve split. A source told Us Weekly that “They’ve been working on their marriage for many years and have even tried therapy,” and that they “privately separated at one point” and then “gave another go at it, trying their best to make it work. They ultimately decided that they had no choice but to officially separate.”