In her new memoir, Katie Couric opened up about the one date she went on with Larry King, who was 24 years her senior. Plus, she spilled on what happened back at his place afterward.

Katie Couric really tells all in her new memoir, Going There, which was released on Oct. 26. Aside from the bombshell stories she told about her years of working with and knowing Matt Lauer, Katie also revealed a never-before-told story about Larry King, who she went on a date with when she was in her late 20s. “I knew I had to put myself out there,” Katie explained. “That meant saying yes to everyone, even men I was certain would never be the father of my children. In other words, even Larry King.”

The journalist said that she was attending an event at Duke Zeibert’s when she first met Larry. “I spotted the CNN host, in his trademark aviators and suspenders, moseying over, which might have had something to do with the chocolate-brown leather skirt I was wearing,” Katie revealed. “We chatted, and at some point, he said, ‘Can I take you out to dinner?’ ‘Sure,’ I said. Why not? Larry was already a big player on and off screen, with a slew of ex-wives. A pretty fascinating character. I was eager to pick his brain.” 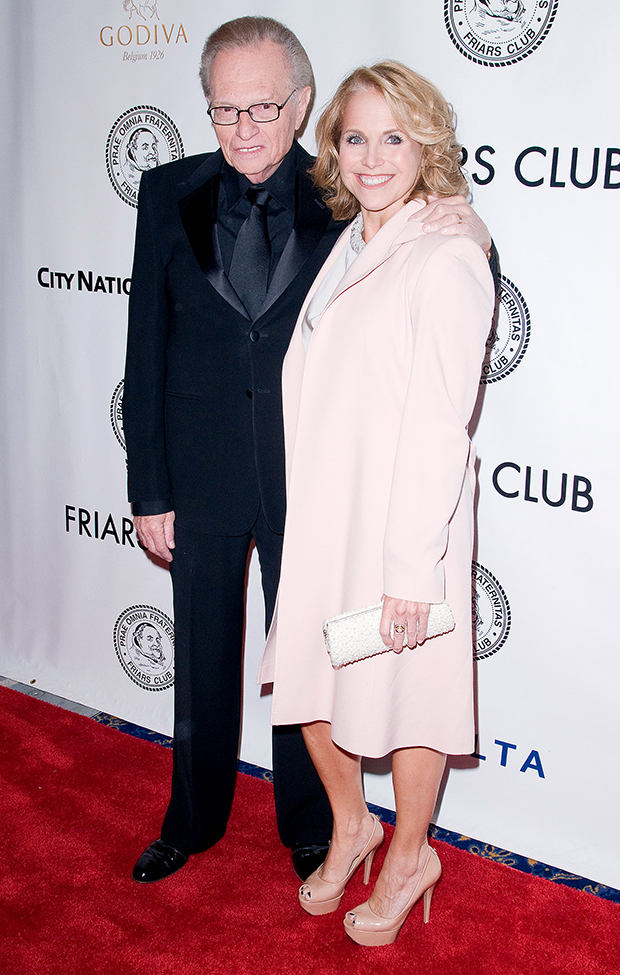 Larry picked Katie up at her apartment and they went to dinner at an Italian restaurant on K Street. She asked him questions about working at CNN, while also throwing in “daughterly concern about [his] health.” After all, Larry was 24 years older than Katie, and at the time of the dinner, he had recently undergone a quintuple-bypass surgery. 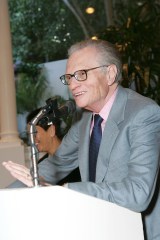 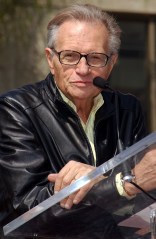 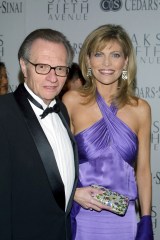 It didn’t take long for Katie to realize that Larry wasn’t the man for her. “He ordered veal poached in chicken broth and ate it with gusto,” she recalled. “Nothing gets a single gal’s juices flowing quite like a man slurping a heart-healthy dish and splattering it all over the napkin tucked into his collar!” Clearly, Larry had a different view of the evening, though. When they got back into his car, Katie noticed that they were heading in the “opposite direction” of her apartment. She asked Larry where they were going, and he confirmed that the car was headed to his place. 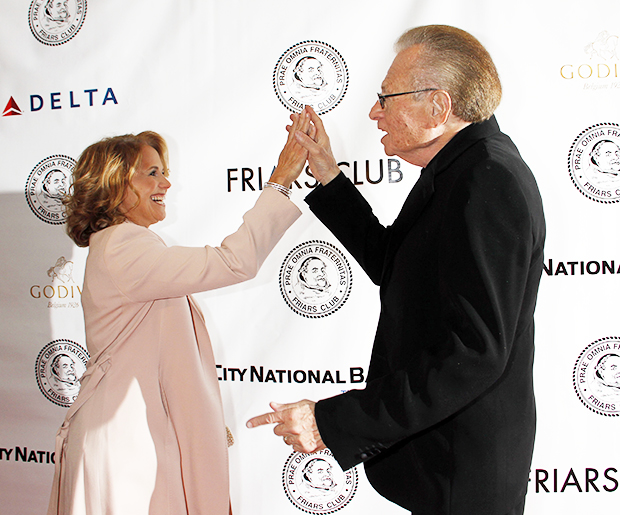 “Mayday! Mayday! Dear Cosmo: My dinner date is an aging horn dog and he’s detouring me to his place,” she wrote. “How do I extricate myself, stat?” Once inside, Larry invited Katie to sit on the sofa, and things got awkward. “I was trying to figure out an exit strategy when suddenly — boom! The lunge. The tongue. The hands. The whole scene was such a cliche, I began to laugh and gently pushed him away,” Katie reminisced. “‘Larry, you are so nice, and I enjoyed getting to know you,’ I said, ‘But I’m really interested in meeting someone a little closer to my age.’”

Luckily, Larry got the picture, and “stopped what he was doing”, Katie said. “Then he got up, grabbed his car keys, and smiled. ‘No problem,’ Larry said. ‘But when I like, I really like.’ Duly noted. Larry and I were one and done.” However, the pair’s one evening together was never forgotten, and Katie said that it gave them a “big laugh” whenever they ran into each other in the years that followed. Going There is available to buy or download now!