The Duchess of Cambridge slipped on her tennis attire for a friendly match with 18-year-old US Open winner Emma Raducanu in London.

Kate Middleton, 39, was in the presence of tennis royalty at the National Tennis Centre in London on Friday, September 24. The Duchess of Cambridge was paired with US Open winner Emma Raducanu, 18, for a friendly doubles match for the Lawn Tennis Association’s homecoming event. Kate was dressed super sporty in a blue tennis skirt and matching zip-up tracksuit jacket, and she was all smiles while playing alongside the teenage British Grand Slam champion. 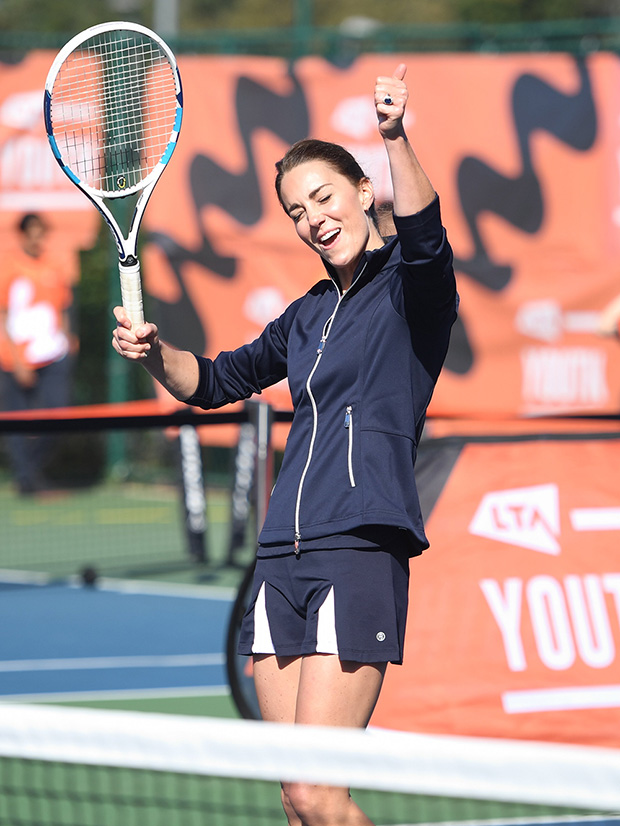 Emma, who is the first British woman to win a US Open title in over four decades, looked so happy to be playing the game with Kate. Emma was dressed in a blue polo shirt and white shorts, as well as white Nike sneakers. The two women played in the tournament along with Joe Salisbury, Gordon Reid and Alfie Hewett, the other winners of the 2021 US Open.

The event was hosted by the LTA, and also involved Kate meeting teenagers from across the U.K. as part of the LTA Youth program. Kate is a patron of the LTA, and the Youth program is aimed to encourage participation in sport for young people, per Daily Mail. 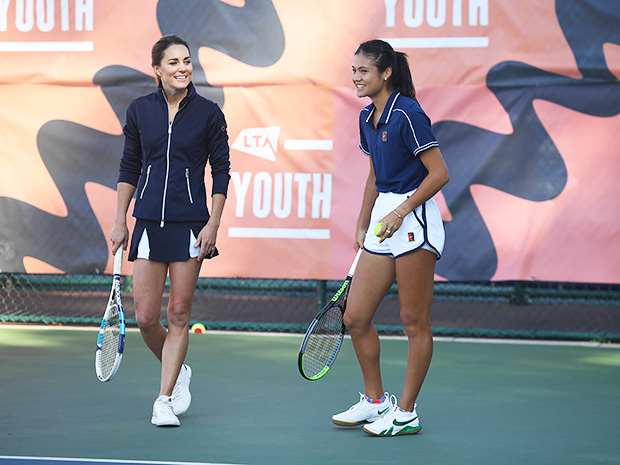 Of course, Kate is a big fan of tennis in her native U.K. The mom of three has attended Grand Slam tournament matches many times before, including in July when she attended Wimbledon in London with husband Prince William, 39. The royal couple looked super comfortable while sitting in their seats to watch the women’s final event which had Australian Ashleigh Barty take on Czech Karolina Pliskova.

And when she isn’t at tennis matches, Kate is fulfilling her royal duties while also being a doting mother to Prince George, 8, Princess Charlotte, 6, and Prince Louis, 3. Recently, Kate and William celebrated their 10th wedding anniversary.

Tags: Kate Middleton
You may also like
Celebrities News