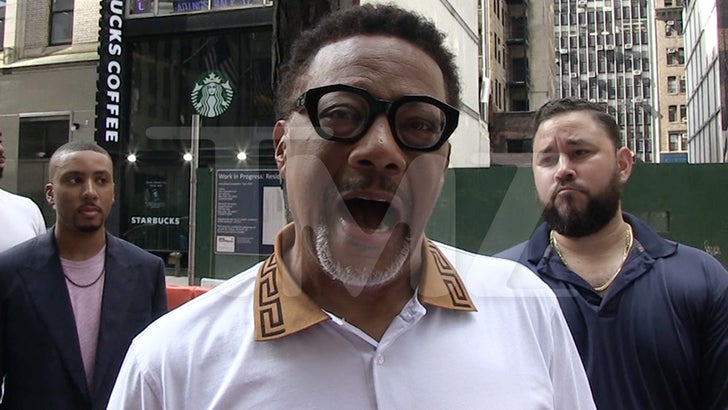 Judge Mathis thinks Ashanti should put an end to Irv Gotti’s recent comments, which include spilling the deets on their past sexual relationship.

If you missed it, Gotti recently disclosed intimate details about his former relationship with Ashanti to the hosts of “Drink Champs.” Among some of the claims, Irv says Ashanti’s song, “Happy” was created after they had sex … as you can imagine, a lot of Ashanti fans were pissed.

Judge Mathis was out in NYC Monday, and told our cam he’d advise Ashanti to send Irv a cease-and-desist or even go to court for a gag order. JM says he’s not so sure about the validity of Irv’s claims, but if Ashanti feels she’s being defamed, she should put a legal end to it.

We should say, Ashanti hasn’t yet said anything publicly about her relationship with Irv since the Drink Champs interview dropped … but it’s clear where Judge Mathis stands.